HEALTH
A Better Smoke: Are CBD Pre-Rolls the New Alternative to Tobacco?
AD
As the market for CBD and hemp expands while demand for traditional cigarettes dwindles, we may have the perfect storm for the next biggest, non-psychoactive smokeable.
Published on September 10, 2018

Trying to quit smoking? How about some CBD flower? While not all tobacco smokers may care to feel the heady effects of cannabis as often as they would normally light up a cigarette, non-psychoactive CBD joints are fast becoming a viable alternative.

"We have people coming in on their lunch breaks, buying pre-rolls to smoke, whether it's for anxiety or for quitting cigarettes," says Tia Tagliaferro, chief operating officer at Hemp Garden, a Manhattan-based retailer that sells CBD flower, vape oils, topicals, and more. CBD joints offer the same outlet as cigarettes do — the opportunity to calm down, take a moment outside, and focus on your breath — but without the notorious health consequences of tobacco.

More than just a substitute, CBD may even provide biological support in the struggle to quit cigarettes. "Because CBD works with the endocannabinoid system, it's a regulation tool that will bring the body back to homeostasis," says Tagliaferro. "It will help with sleeping, anxiety, and bring you back to a calm state — which is why people turn to cigarettes in the first place, they're looking for an outlet for their stress." 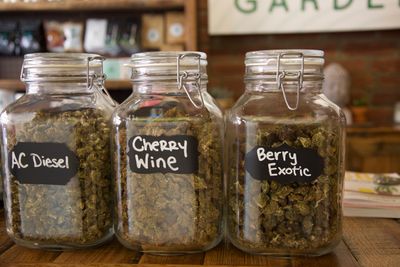 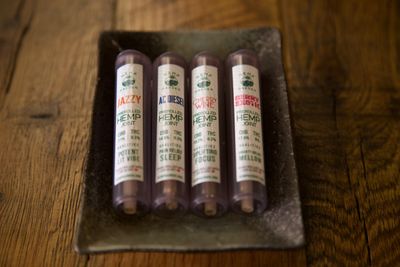 Tobacco addiction and mental health disorders tend to go hand-in-hand. Smoking prevalence rates hover around 40 percent among those with mental illness, while one study from 2014 found tobacco-related diseases to kill nearly half of patients with schizophrenia, depression, and bipolar disorder.

According to a recent study published in the journal Addiction, "cannabidiol reverses attentional bias to cigarette cues in...tobacco withdrawal." Simply put, that means CBD helped reduce the strength and satisfaction of smoking triggers in study participants who, dependent on tobacco, had abstained from cigarettes overnight.

In the study, participants were administered either an 800-mg dose of oral CBD or a placebo. Researchers measured the participants' attentional bias as they were shown photos of cigarettes as well as neutral, unrelated content. Participants who were given CBD ended up paying less attention to the cigarette-related imagery. Still, the findings did not indicate that CBD actually might "influence tobacco craving or withdrawal or any subjectively rated side effects." However researcher Chandni Hindocha, a doctoral student at the Clinical Psychopharmacology Unit of University College London, says this is likely because participants weren't given enough CBD. They weren't actually observed using it over the course of a lengthy period, or otherwise in real-world settings in which cigarette smokers take time to quit.

“Cannabidiol can reduce some aspects of nicotine withdrawal in dependent cigarette smokers, which include the attentional bias to and liking of drug cues, but did not affect craving withdrawal, cognition or impulsivity associated with withdrawal,” Hindocha tells PsyPost. “This is likely because we gave people a single dose of the drug.”

This isn't the only evidence of CBD's beneficial impact for cigarette smokers. Another 2013 study published in the journal Addictive Behaviors found CBD to reduce cigarette consumption over a week, and that substances altering the endocannabinoid system could be useful in treating nicotine addiction. That's in part because cannabis acts on the brain stem, says Hindocha, a region that's acutely impacted by tobacco, as well.

Generally speaking, CBD has been shown to influence addiction pathways in the brain, whether in regard to cigarettes or another substance. In one experiment in which cocaine- and amphetamine-addicted rats were administered CBD or THC, researchers found the cannabinoids to intensify the "extinction of conditioned incentive learning." Another experiment also found CBD to quell heroin-seeking behavior in rats. 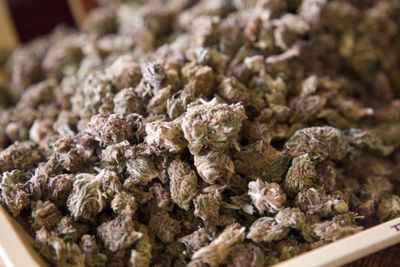 A tray of AC Diesel, a strain of CBD-dominant hemp, at Hemp Flower in New York City; photo via Hugh Burckhardt

CBD's utility in curbing addiction may relate to how it regulates the brain's cannabinoid and AMPA receptors located in the nucleus accumbens, a region that also governs addiction mechanisms.

"There are several pathways in the brain that regulate both drug taking and drug craving, and both of those [kinds of] pathways are mediated by dopamine," explains Dr. Michele Ross, PhD, CEO, and coach at Infused Health. Because your endocannabinoid system influences the actions of your neurotransmitters, it influences dopamine release, too. For patients with cravings, CBD can be helpful not only by activating dopamine receptors, but also by helping to boost anandamide, the endogenous “bliss” molecule. "The best way to use CBD to quit smoking is by inhaling it," says Ross. "That person will be 50 percent less likely to go for a cigarette."

CBD-only joints are in fact on the rise. Last month, pre-roll tech company Wagner Dimas announced a deal with major Canadian cannabis company Aurora, which may further validate and normalize the novelty of a joint that doesn't get you high. "We're the only scaled pre-roll manufacturing platform that exists," says Dean Arbit, CEO of Wagner Dimas. "Our hardware is conducive to rolling CBD hemp because it's a whole lot closer to cannabis than tobacco equipment." 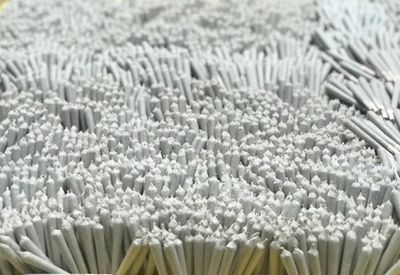 This year, Wagner Dimas is on track to produce roughly 50 million pre-rolls, whereas last year they produced over five million with California licensee Herban, Arbit says. "This scaled platform gives credence to CBD hemp because we can run it in scale as a tobacco alternative," he adds. "There are herbal cigarettes out there — people need that oral fixation and there's a market for it. It's like a $200 million global market for herbal cigarettes."

The market may be about to get that much bigger, too, following FDA's announcement to reduce nicotine in cigarettes to non-addictive levels. "Despite years of aggressive efforts to tackle the leading cause of preventable disease and death in the United States, tobacco use – largely cigarette smoking – still kills more than 480,000 Americans every single year," wrote FDA Commissioner Scott Gottlieb. "Given their combination of toxicity, addictiveness, prevalence, and effect on non-users, it's clear that to maximize the possible public health benefits of our regulation, we must focus our efforts on the death and disease caused by addiction to combustible cigarettes."

While the FDA hasn't released exact numbers yet, agency research indicates that it could require nicotine cuts to a maximum of .5 milligrams per cigarette (current levels range from 1.1 to 1.7 milligrams). These cuts may not only help prevent more than 33 million people from becoming regular smokers by 2100, but could also slash the U.S. smoking rate from 15 to 1.4 percent — and hence, open up the market to CBD pre-rolls. 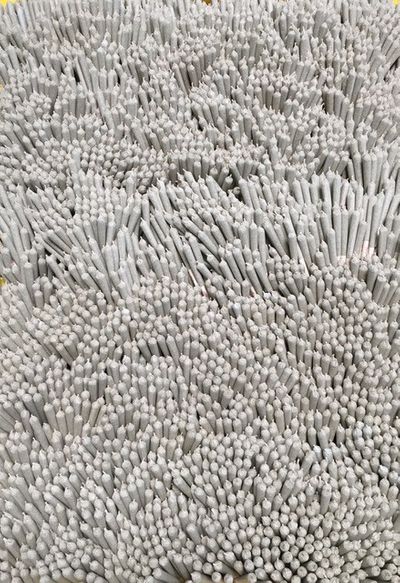 Wagner Dimas is on track to produce roughly 50 million pre-rolls in 2018 alone; photo via Herban

But there's always the prevailing question of just how legal is that market anyway? Here's a little background: Up until 2014, there was no domestic production of hemp. Then the 2014 Farm Bill passed, sanctioning industrial hemp cultivation (that is, cannabis with less than .3 percent THC) for research purposes.

"The [cannabis] industry and Congress are on the same page here, but the DEA is not," explains Patrick Goggin, senior attorney at Hoban Law Group. "The DEA is constantly pushing back and attempting to reinterpret what the industrial hemp research amendment allows for and what is Farm Bill compliant." The important thing to know and understand is that the hemp research amendment or the Farm Bill preempts the Controlled Substances Act (CSA); there's a decision in the Ninth Circuit which sets that precedent.

To be Farm Bill compliant, institutions of higher education and state departments of agriculture may engage in research, which includes market research and retail. "Congress indicated that they intended to allow for sales, [but] the sales need to be somehow tied to research," Goggin says. "What exactly the extent of that is is debatable."

So the question is, what constitutes Farm Bill compliance, and to what extent does that cover hemp sales? "I would say that in most cases, it's compliant so long as data is being maintained and collected for market research analysis," he adds. "But practically wise, it's a real challenge because what you're talking about is something that looks, breathes, and smells like marijuana, so how do regulators or law enforcement know that that's in fact hemp?"

Generally, the only way to distinguish between hemp and marijuana is to test it. And of course, the legality of CBD hinges on whether it derives from hemp or marijuana; when it comes from the latter, it classifies as Schedule I under the CSA.

Even so, according to the FDA, hemp-derived CBD may not be marketed as a dietary supplement, while brands may not make any health claims.

"Generally speaking, I would say that this issue is an example of the challenges that we face in transitioning to and normalizing hemp," says Goggin. "It's going to take time for regulators to catch up to activity that's going on out there in the commercial space. As a result of 80 years of prohibition and treating hemp and marijuana as the same substance, we have to re-educate the regulators as we go through the process of returning hemp to its rightful place as an agricultural commodity."

HEMP
CBD
BUSINESS
LEGALIZATION
MORE...
IN THIS STORY
CBD
Click to shop at our CBD store
Madison Margolin
FOLLOW
Madison is a New York/Los Angeles-based writer who specializes in cannabis coverage. Her work has been featured in Playboy, the LA Weekly, and other publications.
Share this article with your friends!
AD
By using our site you agree to our use of cookies to deliver a better experience.
Accept
Decline
MORE FROM MERRY JANE