CULTURE
Zendaya Defends ‘Euphoria' From DARE, the Most Useless Anti-Drug Group Ever
AD
DARE has no business telling anyone what to do. Here's why.
Published on February 12, 2022

This week, Zendaya clapped back at DARE after the organization slammed her show, Euphoria, for supposedly glorifying teen drug use, sex, and violence. DARE even condescendingly offered to consult the show's producers on how to responsibly depict youth drug abuse, despite DARE's dismal track record of accomplishing absolutely nothing.

“It is unfortunate that HBO, social media, television program reviewers, and paid advertising have chosen to refer to the show as ‘groundbreaking,’ rather than recognizing the potential negative consequences on school-age children who today face unparalleled risks and mental health challenges.”

DARE’s rep even offered to meet with the show’s producers to “present our concerns directly.”

This week, Zendaya, the star and executive producer of Euphoria, responded to DARE.

"Our show is in no way a moral tale to teach people how to live their life or what they should be doing,” Zendaya told Entertainment Weekly in a recent interview. “If anything, the feeling behind Euphoria, or whatever we have always been trying to do with it, is to hopefully help people feel a little bit less alone in their experience and their pain. And maybe feel like they're not the only one going through or dealing with what they're dealing with." 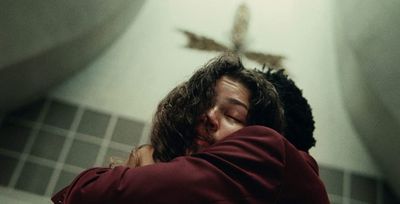 Honestly, it’s difficult to understand how the folks at DARE believe Euphoria glorifies drug use. Zendaya’s character in the show, Rue, is horribly addicted to opioids from the very first episode. In all fairness, by the second episode, Rue does say, “I know you’re not allowed to say it… but drugs are kind of cool.”

She continues, via voiceover, “I mean, they’re cool before they wreck your skin." The scene cuts to her on the floor, puking on herself as she overdoses. "And your life. And your family. That’s when they get uncool.”

Or, as Keith Nelson, Jr. at Mic summed it up: “The easiest way to prove you don’t really watch a show is by complaining about an issue that’s already addressed in the show.”

Furthermore, why would anyone want DARE involved with Euphoria? At best, DARE’s involvement would likely hurt the show’s sensible handling of drug abuse. And that’s not just our opinion: That’s actual science. It's even been published in academic journals.

DARE first came up in Los Angeles, founded by a member of the LAPD. DARE members visited schools and warned kids against the dangers of drug use. Then the crack crisis happened. Nancy Reagan's "Just Say No" campaign followed. DARE rapidly ascended from being a local cops-and-youth program to a federally bankrolled propaganda machine. At one point, DARE’s annual budget reportedly swelled to more than $1 billion.

However, DARE first ran into problems in 1994, when the US government wanted proof that DARE actually kept kids from doing drugs. The Department of Justice contracted the Research Triangle Institute (RTI) — a no-bullshit, non-profit research group — to assess DARE’s effectiveness. After looking at data from 12 US states and one Canadian province, RTI concluded:

“[...] DARE's core curriculum effect on drug use relative to whatever drug education (if any) was offered in the control schools is slight and, except for tobacco use, is not statistically significant.”

RTI even took their findings a step further, suggesting that DARE’s presence in schools may actually be doing more harm than good:

“DARE's limited influence on adolescent drug use behavior contrasts with the program's popularity and prevalence. An important implication is that DARE could be taking the place of other, more beneficial drug use curricula that adolescents could be receiving.” 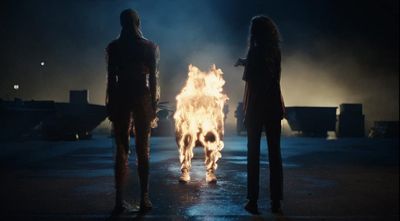 But hey, that was way back in 1994, right? Follow-up studies in 2004 and again in 2019 concluded the same thing, so it's not as if DARE improved its strategies over the years.

In fact, researchers found that, in some cases, DARE’s presence in schools seemed to increase teen drug use. They even gave this phenomenon a name: The Boomerang Effect.

Where did it all lead? In 2001, the US Department of Education stopped funding DARE with federal money. Years of research debunking DARE’s righteous claims contributed to the organization’s budget shrinking from over $1 billion to the measly $13 million it wields today.

So, back to Euphoria, Zendaya, and DARE’s latest PR stunt at TMZ. Euphoria doesn't need DARE, which is obvious on account of the show reaching millions of highly engaged viewers. Besides, haven't DARE's hilariously out-of-touch PSAs been lampooned across generations??

If anything, stylish, inclusive, and, yes, "ground-breaking" TV shows may just be the “more beneficial drug use curricula that adolescents could be receiving” mentioned by RTI in 1994. Just as MTV’s 16 & Pregnant likely did more to reduce teen pregnancy rates than abstinence-only sex ed programs ever have.

Studies show that empathy, understanding, caring, and patience are far more effective at treating drug addiction than fear mongering is. Euphoria is the former; DARE is the latter. Euphoria shows those with addictions as regular people struggling to exist in a world that makes it very, very difficult to exist comfortably at all. DARE stigmatizes drug consumption and those addicted to drugs.

Of course, that’s just my opinion. For the record, Euphoria is rated TV-MA, meaning it’s only for mature audiences and not for little kids. Watch, and share, the show responsibly.

For a list of alternative programs that effectively help young people deal with substance abuse, visit the Alcohol Problems and Solutions website.

EDUCATION
DRUGS
TV SHOWS
EUPHORIA
MORE...
Randy Robinson
FOLLOW
Based in Denver, Randy studied cannabinoid science while getting a degree in molecular biology at the University of Colorado. When not writing about cannabis, science, politics, or LGBT issues, they can be found exploring nature somewhere in the Rocky Mountains. Catch Randy on Twitter and Instagram @randieseljay
Share this article with your friends!
AD
By using our site you agree to our use of cookies to deliver a better experience.
Accept
Decline
MORE FROM MERRY JANE