CULTURE
WTF Is "Skunk Weed" and Why Does It Smell That Way?
AD
Cannabis flower has more unique scents than the rainbow has colors. But why does weed sometimes smell like a skunk?
Published on October 8, 2019

The parlance of pot is chock-full of terms that are used to describe the various aromas created by cannabis. Marijuana can be piney, earthy, gassy, spicey, or exude a veritable fruit basket of odors including: banana, melon, orange, lemon, tangerine, and more.

And while most of these fragrances are considered pleasing by most, one scent in particular, skunk, has a decidedly unpleasant connotation. But what exactly is skunk weed? And why does it smell that way? 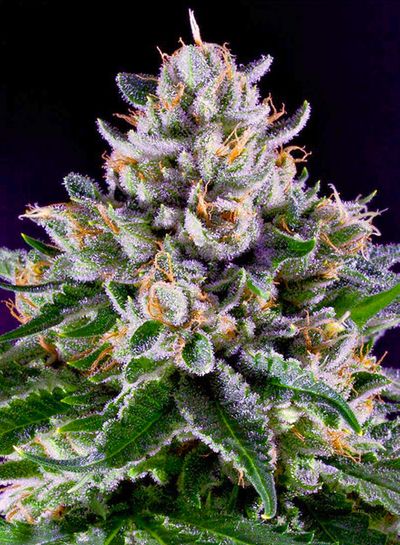 Terpenes Are the Key

Pinene can give pot a pine-like fragrance, while caryophyllene is peppery. Limonene has a citrusy scent and terpinolene is fruity. Myrcene, the most prevalent cannabis terpene, is earthy or musky, a trait that is partly responsible for the skunky funk of some strains.

Some less common terpenes, however, give off the odor of a different class of chemicals known as thiols. These compounds have a sulfurous smell that can be reminiscent of rotten eggs, fuel, or even farts. Thiols are also responsible for the unique and very recognizable stench of skunk spray, a defense mechanism that can help keep the animal safe from predators. Strains of cannabis with terpenes that have an aroma similar to these thiols are often referred to as skunky or skunk weed. 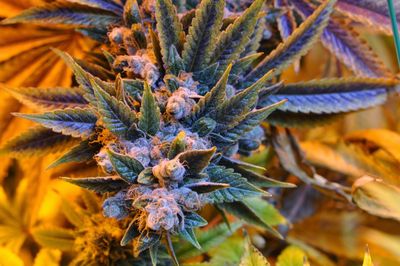 There are many strains of cannabis that express the skunky smell of these terpenes. Skunk weed varietals got their start in the 1970s with the introduction of Skunk #1 by Sacred Seeds, a group of breeders in Northern California led by David Watson, also known as Sam the Skunkman. Skunk #1 is a cross of short, bushy Pakistani and Afghani varietals cultivated for hash, and tropical strains from Asia and South and Central America.

Watson was one of the first breeders who recognized that, while THC was the component of cannabis mainly responsible for the high it imparts, terpenes were also important and could intensify and modify the plant's psychoactive effects through the entourage effect. As a result, when evaluating breeding stock for his next cross, Sam the Skunkman often let the aroma of these potential parents be his guide.

Besides their inherent skunkiness, the flowers of Skunk #1 also impart musky and earthy aromas with subtle floral and fruity notes, while the flavor of the strain is generally woodsy, sweet, and fruity. The clear-headed high of this original skunk weed can be somewhat euphoric, heighten creativity, and relieve stress. Medical marijuana patients have reported success using the strain to treat pain, asthma, glaucoma, stress, nausea, vomiting, and as an appetite stimulant.

The success of Skunk #1 made it an ideal strain to breed with other plants in order to create different varieties of skunk weed. After serving a stint in prison and being released in 1982, Watson moved to the Netherlands, taking several kilos of seeds with him. He then resumed his breeding career, and started the seed company Cultivator’s Choice in Amsterdam.

Soon, other Dutch breeders were also offering their own strains of skunk weed, with varieties such as Super Skunk, Jack Herer, Northern Lights, and Early Girl making their debut on the cannabis scene. Today, these varieties have become popular genetics for breeders who have produced literally hundreds of strains with skunk in their name or terpene profile, including Skunk Dawg, Lemon Skunk, Skunky Diesel, Skunk Haze, and (my personal favorite) Thelonious Skunk. 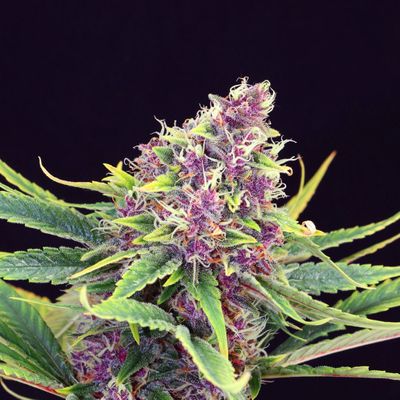 Other Meanings of Skunk Weed

The word "skunk" can refer to more than just genetic terms for cannabis, too. For people who don’t use cannabis (and even some who do partake), all varieties of cannabis smell skunky. To a certain extent this is true, although more experienced cannaphiles will appreciate the other aromas and notes present in a particular strain’s bouquet.

In the United Kingdom, the term "skunk weed" has taken on a more generic meaning. There, skunk doesn’t refer to the aroma of particular strains of marijuana. Rather, it is a moniker that designates highly potent pot. Just about any kind of super-stony sensimilla flower that is cultivated for smoking will qualify as skunk weed across the pond.

Despite the nuances of meaning that the term skunk weed can have from one person to the next, one thing is a given: When you smell that sweet stank, you’re sure to be in for a good time.

STONER
WEED
WTF
SEO
MORE...
A.J. Herrington
FOLLOW
A.J. Herrington is a freelance writer focusing on cannabis news, business, and culture and has written for publications including High Times, Sensi, and HEMP. When he's not banging away at the keyboard, you'll probably find him tending to his plants in the garden.
Share this article with your friends!
AD
By using our site you agree to our use of cookies to deliver a better experience.
Accept
Decline
MORE FROM MERRY JANE