CULTURE
WTF Is a Steamroller Pipe and How Do You Use One?
AD
Meet the simple pipe with substantial results.
Published on October 10, 2019

Wait, so not all pipes are the same?

We hate to break it to you, but even within the category of pipes, there is still a world of variation and competing opinions on which design is best. Some enjoy going “full Gandalf” with long wooden pipes, while others prefer the water filtration provided by bubblers. By contrast, the steamroller is about as simple as glassware gets. 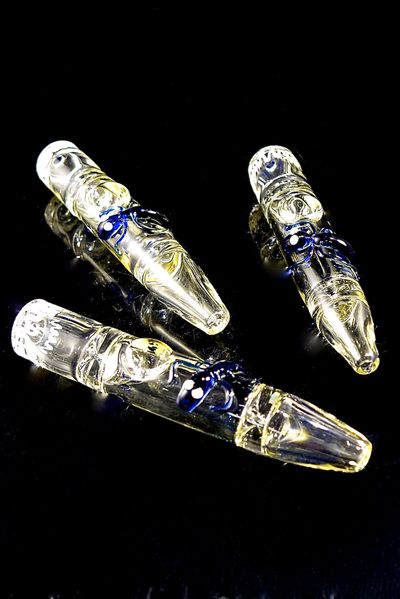 What Is a Steamroller Pipe?

Imagine the mouthpiece a bong. Now turn it sideways. That’s more or less the concept behind the steamroller, a horizontally-aligned pipe that’s long and narrow. There’s a reason for that added length! The additional space between the bowl and the mouthpiece allows for smoke to cool before being inhaled.

If you’ve ever had the misfortune of hitting a cheap chillum — essentially a short, conical pipe with no carb (the hole one holds and then releases) — you will likely recall the unpleasant sensation of having hot smoke hit your throat too fast.

While chillums do not have a carb, the steamroller, by contrast, has one in a rather unique place. On a standard pipe, you’ll usually find the carb on the side of the bowl, but on a steamroller, the carb is actually situated opposite the mouthpiece (at the far end of the pipe). In some cases, the carb is also larger than normal, which allows for a more powerful hit to be inhaled once the carb is “cleared.”

Thus, the steamroller can come in handy when you’re planning on taking some monster hits. This is actually the signature characteristic of the steamroller: it packs quite the punch. Naturally, this is how the steamroller earned its name. When it comes to steamrollers, if you’re not careful, it can flatten you! (Remember those old anti-drug PSAs? Us neither!)

How Do I Use a Steamroller?

Now that we’ve gotten the precautionary warnings out of the way, let’s talk about how to get the most from your steamroller.

In terms of practical use, the process is as simple as packing the bowl, placing your finger or palm over the far end of the pipe, lighting the flower, inhaling, and finally removing your hand to clear the hit. While a bong is able to reduce the harshness of larger hits by filtrating the smoke through water, steamrollers are a “dry” pipe. This means those using a steamroller pipe should be prepared for a sizeable, potentially-jarring hit.

Efforts to avoid this scenario can certainly be applied. Most importantly, start slow with your steamroller. For this reason, steamrollers are also not the ideal method of consumption for beginners or for folks who have a low tolerance for THC. Don’t be the person that lets someone clear a massive hit off a steamroller during their first cannabis experience. It’s just bad etiquette. 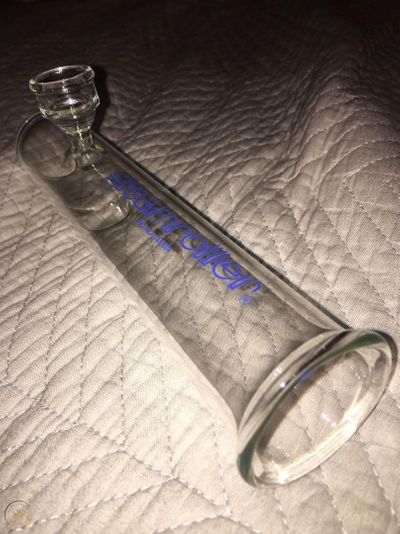 What Kinds of Steamrollers Exist?

All steamrollers meet the criteria described above, but beyond that, there’s certainly a number of options to consider.

Some steamrollers feature small feet or claws that allow for the pipe to sit comfortably on a table. In the context of cannabis consumption, there’s nothing sadder than watching a glass steamroller slowly roll its way off a table — and to its own demise.

Another option on some designs is an internal percolator. Percolators are water chambers, which, in the case of a steamroller, means smoother hits without the hassle of cleaning out the soiled water from your pipe afterwards.

Similarly, some steamrollers can be enhanced with a keck clip. Keck clips allow for the bowl to be easily attached and removed, which is a big win when it comes to keeping your equipment clean. Ditto for ashcatchers, which are available for some steamrollers, as well.

When it doubt, start simple and go from there!

CULTURE
GLASS
PIPES
BONGS
MORE...
Zack Ruskin
FOLLOW
Zack Ruskin is a cannabis and culture journalist living in San Francisco. Follow him on Twitter: @zackruskin.
Share this article with your friends!
AD
By using our site you agree to our use of cookies to deliver a better experience.
Accept
Decline
MORE FROM MERRY JANE