CULTURE
Will Concentrates Set Standards Across the Weed Industry? Some Experts Say Yes
AD
The extracts industry is inundated with confusing jargon, vague marketing, and environmentally unsustainable packaging. But some industry leaders are about to change that.
Published on June 27, 2019

With cannabis legalization slowly creeping across the American landscape, a continuing trend of innovation and product development is creating a plethora of product choices for consumers. Cannabis concentrates have been particularly successful, with sales expected to reach $8.5 billion annually (and that’s not including flower sales!) by 2022 according to data from BDS Analytics

To see what may fuel that growth, MERRY JANE checked in with several cannabis industry insiders, who said sustainable practices, standardized terminologies, and simpler marketing strategies could demystify the industry’s products while also reinforcing consumer confidence in those products.

Jason Lupoi, PhD, an analytical chemist, has a unique perspective on the industry as the editor-in-chief of the magazines Terpenes and Testing and Extraction. One trend he sees coming for the cannabis industry in general, but especially regarding concentrates, is a move toward the standardization of product nomenclature. Currently, most dispensary menus are rife with slang like “budder” and “honey oil.” These terms can be confusing, and they sound like street drugs to the uninitiated consumer, contributing to the ongoing stigma against cannabis.

Most terms commonly used to describe concentrates usually illustrate the consistency or appearance of an extract (think: “wax” or “crumble" or "sauce"). They’re all essentially the same product: a concentrated form of cannabis. But there are variances in what they look like, how they smell and taste, and how they were made. In spite of this, however, you’ll often hear people use the word “wax” as an umbrella term for all extracts.

“I think one of the major things we're seeing is an evolution or migration away from some of that jargon and much more focus on product development, thanks to customized formulations," Lupoi told MERRY JANE during a phone interview following the Concentration 2019 conference.

A lack of standardization, he says, leads to inconsistencies for consumers trying to decipher the difference between “wax,” “budder,” and hash, or how cannabis strains compare, especially from one market to the next. In Pennsylvania, where Lupoi lives, there are regional strains with novel names like Punxsutawney Punch or Keystone Cushion. “I don't know how they relate or compare to other products in California or in Colorado,” he said. 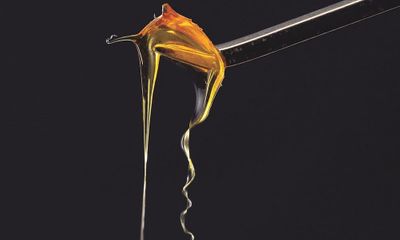 Lupoi believes that as more research into cannabis becomes available, new products aimed at different demographics will be developed.

“It’s more than apparent that there’s a panoply of different molecules in cannabis that can be beneficial for a variety of medical conditions,” he said, noting that some companies are already marketing products based on their psychoactive effects. In other words, businesses are moving away from esoteric strain names and classifications of indica, sativa, or hybrid.

Many consumers and industry folks are comfortable with these designations, as it’s fairly well understood that a product advertised as a sativa tends to impart an energetic high, while an indica is likely to leave you plastered to the couch in lethargy. But others point out that the terms are probably not taxonomically accurate. And even if they were, nearly all of the strains commercially available are actually a hybrid mix of genetic material from both lines. The terms can also be confusing for novices, many of whom find descriptors based on effect more useful.

“With the vape pens, whether you want to relax or party, they've got different blends based on novel cannabinoid preparations and the terpene additions to impart that specific mood,” said Lupoi.

Standardized nomenclature paired with consistent operating processes will give consumers the confidence to become regular customers, Lupoi believes, further fueling the growth of the industry.

“If they find a product that really resonates with them,” he said, “they're going to want to be able to get that product every time they go into a dispensary.”

Lupoi also sees great potential for concentrates other than vape pens and “dabables” like rosin, wax, shatter, and the like. Cannabis concentrates and extracts will also be used as ingredients for other products including topicals, edibles, and beverages. 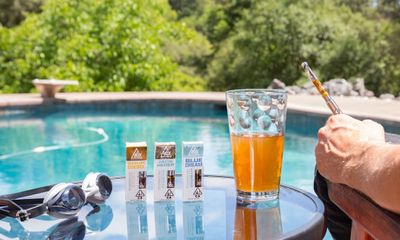 I’ll Drink to That

“We believe beverages are going to be huge when the dust settles and cannabis is federally legal,” she said.

The company has cold-brew coffee, teas, and sodas currently in development. These types of products, Pearson said, could be an approachable way for uninitiated consumers to begin exploring cannabis.

“Beverages are the lowest barrier to entry for the consumer who's ‘cannacurious.’ They know how to drink a beverage for mind alteration,” said Pearson. “Whether you're using it as aromatherapy, or you want to relax, or you want to go out and have a good time. So, we do see beverages as being definitely the most exciting frontier in the concentrates area.”

The most important factor in the future of cannabis concentrates, Pearson believes, is the federal legality that’s slowly forming on the horizon. Once that happens, investment in the industry will likely increase exponentially, driving research and development into the plant and new products for the industry.

“The technology will absolutely change and flourish in a direction that none of us can anticipate once interstate commerce happens,” said Pearson. 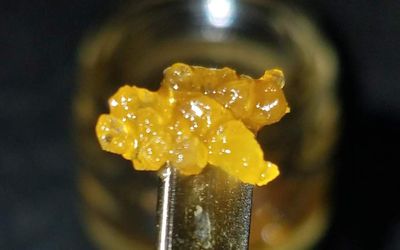 What About the Environment?

California’s CannaCraft, a licensed business that manufactures and distributes cannabis products for five popular brands including AbsoluteXTracts, is hoping to make the future of concentrates more environmentally friendly. Offering products that are sustainable and compliant with packaging regulations isn’t easy or cheap — otherwise everyone would do it. But they figured out a solution that's expected to reduce two million plastic tubes from their packaging process.

The company built child safety features directly into the vape cartridge. This advancement makes the product itself inherently child-resistant (though details on how the feature works haven’t been released yet). That eliminates the need for the single-use plastic tubes often used to keep vape cartridges away from prying little fingers. Legal weed states are being inundated with an avalanche of waste from packaging and vape cartridges, leading some companies to search for more sustainable solutions.

Colorado’s Sana Packaging is another innovator, creating a line of packaging made from reclaimed ocean plastic. They also offer other products made with plastic that contains hemp. Sana estimates that up to one billion units of plastic waste will be generated by the cannabis industry by next year, a waste stream made worse by the fact that only 9 percent of plastic waste is recycled. The vast majority of plastic produced ends up in landfills or in the environment, leading to ecological disasters such as the Pacific Garbage Patch.

Dennis Hunter, the co-founder of CannaCraft, says the development carries on the Golden State’s historic lead in environmental action.

“California is where progressive leadership originates, no matter if it comes from strict carbon emission restrictions to banning single-use plastic bags,” Hunter wrote in an email to MERRY JANE. “As the largest cannabis market in the country, we felt compelled to provide guidance, which may multiply the effects and reduce a tidal wave of ongoing waste generated across the country – averting a major environmental crisis.”

From new ways to enjoy cannabis to addressing the growing public concern over the sustainability of consumer goods, innovation is likely to be the crux of the continued success of concentrates. And once that innovation is nurtured by the federal legalization of cannabis, the sector’s growth is likely to expand even faster than the current rosy expectations.

“The technology will absolutely change and flourish in a direction that none of us can anticipate,” predicts Pearson of Bhang. “But only once interstate commerce happens.”

EDIBLES
VAPE
CULTURE
EXTRACTS
MORE...
A.J. Herrington
FOLLOW
A.J. Herrington is a freelance writer focusing on cannabis news, business, and culture and has written for publications including High Times, Sensi, and HEMP. When he's not banging away at the keyboard, you'll probably find him tending to his plants in the garden.
Share this article with your friends!
AD
By using our site you agree to our use of cookies to deliver a better experience.
Accept
Decline
MORE FROM MERRY JANE