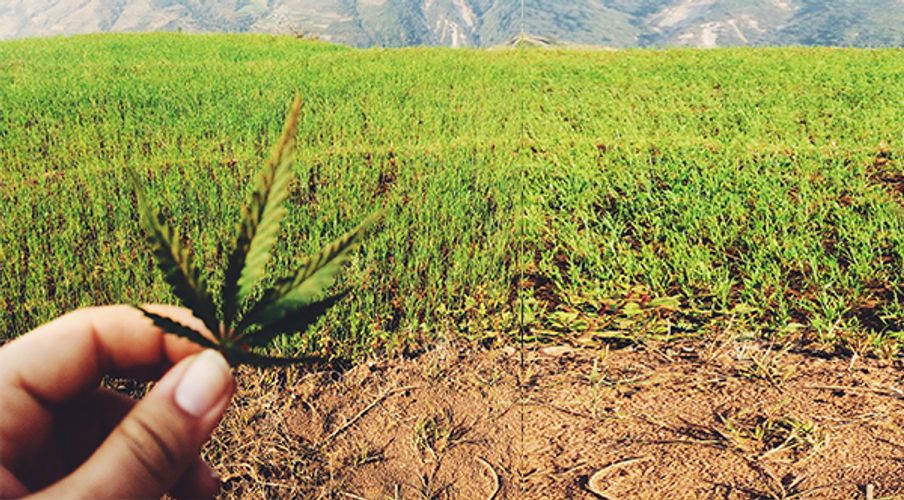 Why Sun-Grown Marijuana Is Vital for California's Cannabis Industry

Kristin Nevedal has a vision, one of cannabis fields sprawling the California countryside where weed tourists can visit small farms and sample refined, sun-grown Emerald Triangle bud. Just like micro-breweries, Nevedal imagines a future of locally-grown, small-batched California cannabis. To keep small growers in the game as California ushers in statewide regulation and licensing in 2018, she argues that the natural sun grown methods California farmers have been refining for decades needs to be preserved. Not only is it more environmentally-friendly than indoor grows, she says, but the weed’s way better.

As California lawmakers hammer out the finer points of its new seed-to-sale cannabis regulations, Nevedal is determined that natural sungrown cannabis cultivators will have a seat at the table. A longtime weed advocate and farmer, Iberal co-founded the International Cannabis Farmer’s Association—a coalition of farmers and scientists advocating for sustainable, sungrown cannabis in Sacramento. The group hopes to educate lawmakers and consumers on the plus side of outdoor grows.

Speaking over the phone from her Humboldt County farm, Nevedal talks about how she hopes to bring California cannabis into the light.

MERRY JANE: Break it down for me. What’re the benefits of sun-grown cannabis? What makes it different from indoor grows?
Kristin Nevedal: First, it’s ecologically superior. It doesn’t have the same carbon footprint as an indoor grow. We also believe it’s a superior product. When you cultivate cannabis under the full spectrum of the sun, you get a much more complex plant.

Right now, dispensaries receive product in bulk. It’s likely that really high quality traditional sun-grown cannabis makes it way on the market and the consumer has no idea.  Hopefully, in this new era, farmers will have the opportunity do some brand distinguishing and educate consumers on what home grown cannabis tastes like.

What led you to start ICFA? What are you worried about as California regulates its sprawling grey-area marijuana market?
We support regulation, obviously, but there are some things we’d like to see preserved for farmers. Like having direct market access and the ability for farmers to participate, even as the smallest entities. I love the idea of having cannabis tasting rooms, just like how there are wine and beer tasting rooms. There’re lots of opportunities for cannabis tourism to be developed in more rural communities. Obviously, Humboldt county has had de facto cannabis tourism for years. People would show up wanting to experience the fall harvest, but there was no way to really experience it because growing cannabis was illegal. So everything was hidden away.

Right, so there’s already a built-in tourist industry there...
There’s the Emerald Cup, but that’s really it. We want farmers to have a more direct relationship with the consumer. Not to use alcohol as the only model, but what we saw happen with craft breweries having tastings rooms. That’s really a direct bridge between the farmer and the consumer. And I’d like to be able to achieve that bridge sooner than later for traditional sun-grown farmers.

There’s a history to the agricultural methods developed for sungrown cannabis, as well, right?
When the consumer thinks about cannabis from Humboldt, they generally think about home-grown cannabis. How do you preserve the strains that have been developed in Humboldt, Big Sur, and the Foothills over the years if you don’t allow natural sun-grown cannabis farms? Monterrey is home to the oldest traditional sun-grown cannabis in the state. Big Sur has a reputation for growing some of the finest cannabis. If we move everything indoors, we lose those unique, region-specific plants.

It’s a branding opportunity for these farmers, as well. As we move forward, we also want to develop appellation of origin for different strains, and have people recognize that there are distinct and unique strains coming from specific regions of sun-grown farmers.

How does sun-grown cannabis help small farmers stay in the business?
It’s more economically feasible. It allows smaller farmers to survive in the open economy that’s coming down the pipe.

Are there counties considering banning outdoor grows?
It’s really too early to tell in California.  The biggest challenge is what county governments chose to do. The ordinance in Humboldt allows for outdoor cultivation but in the desert hot springs area. But about half of the counties have banned sun-grown cultivation and forced growers primarily into green houses. Looking at national policy trends, it’s easy to see that most states with regulated commercial cultivation require crops to be grown indoors or in greenhouses.

For regulators, what’s the benefit? Is it just that constituents don’t want outdoor pot grows in their neighborhood?
I do think it’s out of sight, out of mind. Regulators have a tendency to think if it’s not seen, not smelt, it’s less stress for constituents. There are more practical reasons, too. For example, in urban areas. Where would you cultivate in San Francisco? The city takes up the entire county!

Have Sacramento lawmakers been receptive?
It’s really too early to tell. The original laws in California sprung up around trying to provide community access to medical cannabis. As we move away from community-based models, we want to make sure that states award traditional small farmers licenses so the money stays in the community. It’s why we formed ICFA. Again, so traditional sun-grown farmers have a seat at the table.

Are you worried about big corporate-backed grows squeezing small, independent farmers out of the game?
There are some things we still don’t know. Whether that happens is about scale of economy. It’s much easier to afford a couple hundred dollars of regulations if you can produce more product. The more cannabis you can produce, the easier it is to afford regulation. But we don’t yet know how much security costs, how much track and trace will be. Right now regulation is fairly expensive—water programming, licensing, centralized processing are all costly. As we move forward, we hope to create a model that allows for regulation to be affordable for smaller producers. Until we start seeing legislation, it’s hard to understand the full cost of regulation. It’s hard to answer that question without a crystal ball.

Julia Alsop is a reporter and radio producer who has frequently covered drug policy for MERRY JANE, VICE, and NPR.