CULTURE
When Will it be OK for Pro-Athletes to Smoke the Good Stuff?
AD
Major League Marijuana is still a pipe dream.
Published on March 11, 2016

Cannabis has helped influential people around the world create really incredible things. Maya Angelou, Michael Bloomberg, Bill Gates and Barack Obama: they've all admitted to smoking marijuana, so why are athletes treated so negatively when it comes to the same plant?

It's pretty nuts that athletes can drink alcohol, but if they want to indulge in cannabis—something that can provide significant medicinal benefits and is 100% if anyone hasn't notice—they risk their careers. From pro skaters to NFL superstars, everyone should have the right to enjoy cannabis on their own time, especially if they reside in a state (or country) in which it's legal.

The National Football League (NFL) has seen some of the most extreme cases of crime and substance abuse in any sport, and marijuana use plays a part in all of it. In America, the NFL is one of the three major sports (alongside the National Basketball Association and Major League Baseball) that ban the drug. The National Hockey League is the only one that doesn't. Being charged with marijuana possession could earn an NFL player a suspension from the league for half a season, which adds up to a lot of lost Benjamins.

Even the world's greatest athletes have come under fire for smoking their favorite strain. Michael Phelps, the world’s most decorated olympian, smoked pot (who can forget that iconic photo?) during his time as an athlete. But, as most athletes must, he issued an apology instead of defending his choice to smoke cannabis.

While the NFL and other mainstream sports have deeply stigmatized the use of cannabis, professional skateboarders have done the complete opposite. This sport is still in its infancy when compared to the likes of baseball, football and basketball in America, but it’s built on a culture of rebellion. The community is open to recreational drug use and doesn’t think that it’s a terribly bad thing. This rock star mentality is built on hard work and dedication, not drug use. So why not hit a bowl before hitting the bowl?

This being said, we have to ask: what needs to change for pro-athletes to be allowed to enjoy the bud? The answer actually isn’t as clear as you may think. First of all, cannabis use is normally associated with a change in performance (normally framed as negative) in the athletic world. Because of this, league owners and coaches don't want their athletes to be "impaired" when it's game time. What they're forgetting about however, is the fact that different strains have entirely different impacts on each individual.

What's especially challenging when it comes to changing these strict policies is that the NFL and leagues like it are privately owned and operated. That means that even with legalization of cannabis, there’s a whole other bureaucratic process that the league has to go through before players can enjoy cannabis without fear of losing their jobs. Now, we’re not excusing something like Letroy Guion’s possession of 357 grams of cannabis (especially when he had a gun and $190,000 cash on him). But to lose your job over something that's actually legal in some states, potentially even the state where your team is located? That’s a bit insane.

League officials and board members have to understand the benefits of cannabis during extended breaks and the off season (shit, even after games or practice in some cases). Providing pain and stress relief to these often overworked athletes could go a long way towards benefiting their careers.

While we'd like to see change around marijuana restrictions in professional sports in the future, for now, don’t hold your breath. It's going to take federal legalization, significant destigmatization and more powerful voices from star athletes to get the ball rolling. It could be years before your favourite football player scores a touchdown on Sunday afternoon and sparks up a joint later that night to relax and celebrate. 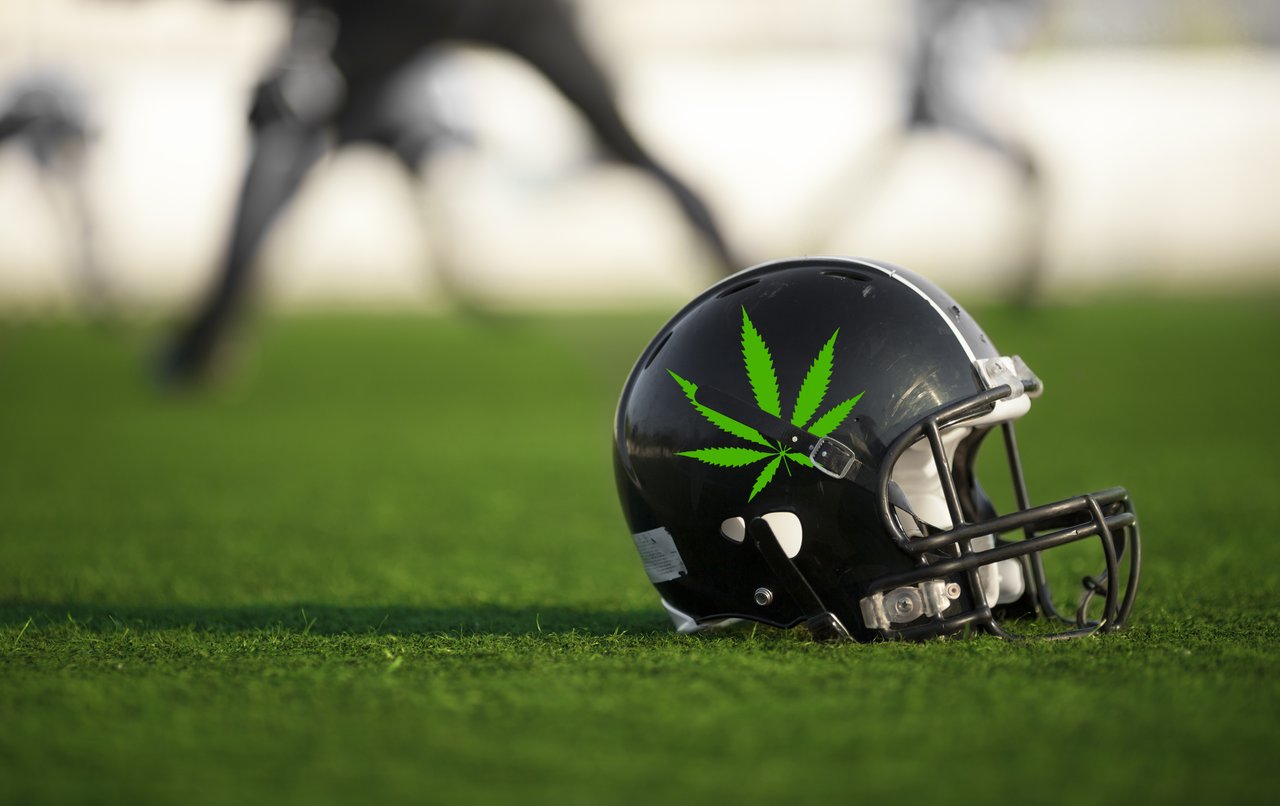 MEDICINE
LEGALIZATION
SPORTS
CELEBRITIES
MORE...
MERRY JANE Staff
FOLLOW
MERRY JANE is based in Los Angeles, California and is dedicated to elevating the discussion around cannabis culture.
Share this article with your friends!
AD
By using our site you agree to our use of cookies to deliver a better experience.
Accept
Decline
MORE FROM MERRY JANE