CULTURE
What's the Difference Between Wax and Oil Vaporizers?
AD
There’s a flood of high-tech weed products on the market. Why do some folks prefer wax pens while others opt for oil vapes? And which one is best for you?
Published on September 3, 2019

If you’ve popped into a pot shop, you’ve likely seen them stocked with vape pens and handheld oil vaporizers. These two types of products look nearly identical, and they sport similar functions, but there are differences between them. What are those differences, and why do those differences matter to you, dear consumer?

Most vaporizer pens work the same way: A rechargeable battery in the handheld unit drives energy into a heatable element — usually a metallic coil or a plate — which vaporizes the pen’s contents so it can be inhaled. Where they mainly differ is how they’re used. 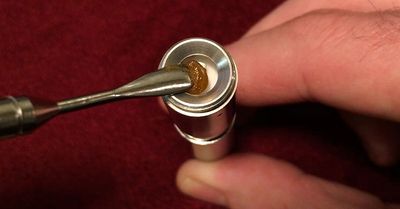 Wax pens are filled with marijuana waxes, shatters, crumbles, or other concentrates that usually come in relatively solid form. Most wax pens rely on a metallic coil to heat the wax enough to vaporize it. These products are designed so you can load them with whatever you want, often with a built-in scooper.

Word of wisdom: The coils on wax pens often burn out after about six weeks of use. You’ll need to replace them regularly. 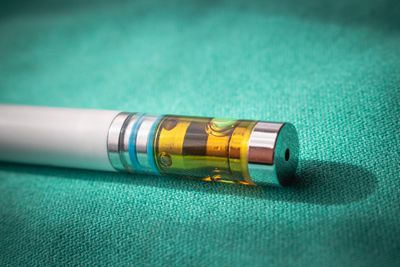 Oil pens vaporize cannabis-infused oils rather than waxes or shatters. Some oil vape pens come equipped with empty tanks that the consumer can load themselves. However, most are designed to handle preloaded cartridges (called “carts”), which can contain pure oils derived solely from cannabis, or mixtures containing both weed oil and some filler like vegetable glycerin.

Check with the manufacturer to see if your brand fills their cartridges with only pure cannabis oils.

If you go with preloaded cartridges, you won’t need to worry about replacing your pen’s coils. Pre-loaded cartridges come with their own built-in heating elements, so when the cartridge is empty, simply screw on a new cartridge and voila, you’re ready to start hitting that pen again.

Also, avoid off-market or unlicensed vape cartridges. Although some fake carts may be fine for human consumption, they aren’t lab tested or regulated, and they’ve been linked to a dangerous lung illness that has likely killed at least one person to date.

Some vape pens work as both wax pens and oil vaporizers. Usually, these pens come with kits that include tanks devoted to loading oils, with separate add-ons for screwing on pre-loaded cartridges and/or loading waxes and shatters.

While hybrid pens are ideal for vapers who like to dabble in a little bit of everything, like most jack-of-all-trades, they’re decent at vaporizing everything, but they aren’t specialized for vaporizing a specific kind of extract (oil vs. wax). 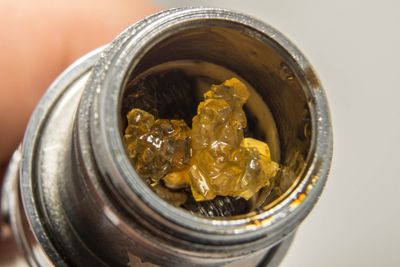 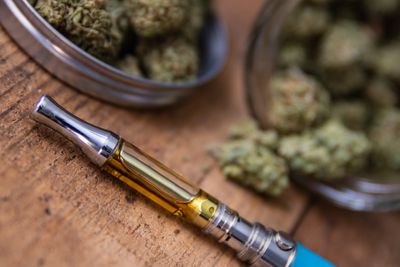 Although most vape pens can be distinguished by a single major factor — what they’re loaded with — there are other differences among individual models, too. Some vape pens have specific temperature controls, so you can dial in the exact heat for the ultimate customized high. Others have additional features, like the ability to vaporize dry herb, on top of wax and oil.

Basically, do you want control over what’s going into your vape pen and, ultimately, into your body? Or would you rather skip all the messy hassle of loading your own and stick with preloaded oil cartridges instead? Either way, vaporizer pens offer one of the most discreet and portable ways to get lit, so choose your own adventure and have a safe, responsible journey.

EDUCATION
VAPE
CULTURE
VAPING
MORE...
MERRY JANE Staff
FOLLOW
MERRY JANE is based in Los Angeles, California and is dedicated to elevating the discussion around cannabis culture.
Share this article with your friends!
AD
By using our site you agree to our use of cookies to deliver a better experience.
Accept
Decline
MORE FROM MERRY JANE