CULTURE
What’s the Difference Between Sativa and Indica Weed? And Does It Even Matter?
AD
Cannabis consumers today will readily throw around the terms “sativa,” “indica,” and “hybrid” when discussing a strain’s psychoactive effects. But the science doesn’t agree that these distinctions can accurately predict how a strain will make us feel.
Published on October 25, 2019

Are you an “indica” person, the kind who prefers the chiller, sedating effects of weed? Or are you a “sativa” person who smokes weed to stay awake during Netflix binges or all-night video game sessions? Or maybe you like to stroll along the middle path by sticking to “hybrids?”

Well, I got some bad news for you: You’re using these terms all wrong.

The history behind how we got to this trio of indica, sativa, and hybrid is long and complicated. So, here are the Cliff Notes. 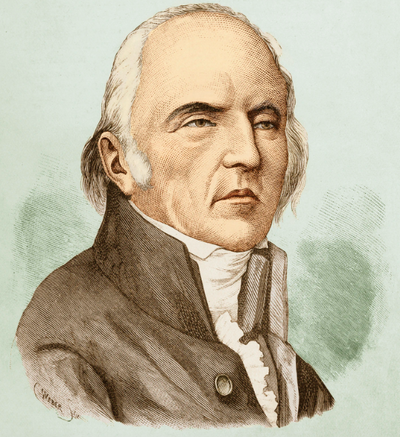 Way back in the 1700s, a French biologist named Jean-Bapiste Lamarck created a way to categorize every living thing on Earth. Of all the organisms on our planet, Lamarck was the most fascinated by plants. At one point, he traveled the world and collected thousands of plants to study and add to his massive, personal collection back in France. And yes, Lamarck studied cannabis during one of those trips. (Though we have to wonder... just how much studying did he actually do, eh? Eh? Are ya with me here?)

Lamarck believed that weed originated in India (which may be incorrect; but more on that later), and the cultivars that spread through Southeast Asia, China, and the Middle East are descendants of the original Indian plant. Hence why he called the weed that got people intoxicated Cannabis indica — “indica” referring to India.

Gallery — This Is What Reefer Madness Propaganda Looked Like

He also identified a second type of cannabis, which he called Cannabis sativa. “Sativa” generally refers to any plant species that was cultivated and bred by humans for agricultural or industrial purposes. Cannabis sativa, Lamarck argued, was bred to produce textiles, ropes, and provide fibers for other uses. But  it didn’t get anyone high. In other words, what he called Cannabis sativa we know by a more common name today: Hemp.

Cannabis indica and sativa, Lamarck showed, could be distinguished by their outward physical traits. Sativas grew long and thin stalks with long, thin leaves. They also didn’t produce as many flowers as the shorter, bushier indica. To Lamarck, the difference in sativa’s height and stature was evidence that Cannabis sativa was carefully bred over generations to optimize fiber production.

Somewhere between the 1800s and the 1900s, other biologists (and later, underground weed growers) started using “sativa” to refer to long, spindly cannabis with incredibly high THC content. “Indica” became the common term for the easier-to-grow, higher-yielding weed plants. And at some point, if the two types of weed crossbred, their offspring were dubbed “hybrids.” 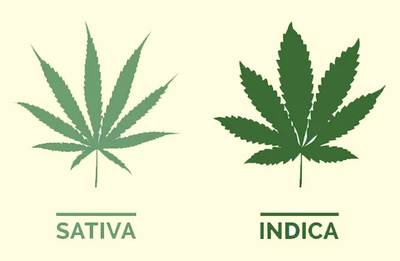 Our understanding of the cannabis plant proves this isn't accurate anymore

Why These Distinctions Don’t Apply Today

Lamarck’s classification system set the world standard for nearly two centuries. His system was eventually overturned near the end of the 20th century, when scientists could delve deeper into an organism’s origins by studying its genes.

Neither Lamarck’s classifications — which were based on his incomplete understanding of cannabis’s evolutionary origins — nor the everyday toker’s vernacular accurately describe today’s weed. For starters, a research team led by Dr. John McPartland at the University of Vermont announced this May that cannabis likely originated in Tibet, not India. (To be fair, more studies would be needed to confirm McPartland’s findings.)

Furthermore, Dr. McPartland has — since the early 2000s — proposed entirely new ways to classify cannabis based on the newest and most accurate science. Under his latest system (which was developed with the help of other weed taxonomists), what laypersons call “sativa” is actually Cannabis indica, as these strains can be traced back to India. And what folks call “indica” is actually Cannabis afghanica, referring to strains traced back to Central Asia. Cannabis sativa, on the other hand, refers to crossbred strains with European or East Asian origins, since these regions imported their weed from India or Central Asia. 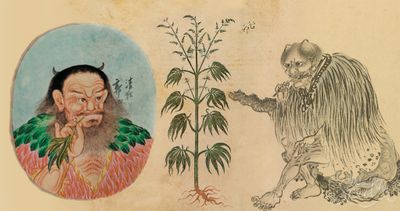 If that sounds confusing AF, that’s because it is – if you’re accustomed to the current sativa/indica/hybrid nomenclature. That confusion probably explains why, despite McPartland’s research, his system hasn’t caught on in popular culture or in the weed industry.

Second, although there are some genetic differences between the bushier plants and the taller, thinner ones, these differences are largely morphological. In other words, the differences lie in how we describe these plants’ structures rather than what kinds of psychoactive effects they can produce.

Dr. Ethan Russo, a renowned cannabis doctor and an associate of McPartland’s, described it to Leafly this way: “The way that the sativa and indica labels are utilized in commerce is nonsense. The clinical effects of the cannabis chemovar have nothing to do with whether the plant is tall and sparse versus short and bushy, or whether the leaflets are narrow or broad.”

The “chemovar” that Russo referred to is a portmanteau of “chemical” and “cultivar,” meaning a plant cultivar identified by its chemical components rather than how it appears to the naked eye or where it originated. In fact, this new way of looking at weed — basing a strain’s identity solely on its cannabinoid and terpene contents — may soon become the new way of classifying cannabis. 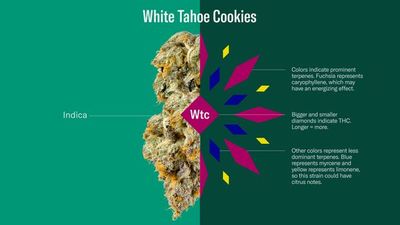 Earlier this month, Leafly unveiled a color-coded version of this chemovar classification system using years of lab data on various strains collected in legal states. The days of cheeky strain names like “Alaskan Thunderfuck” and “Charlie Sheen” would give way to… uh… actually, no one’s really figured out how to rename weed strains/chemovars. Yet.

Why fix today’s marketing-based indica/sativa system if it ain’t broke? That’s the thing: It is broken — and it’s been broken. There are people who get couch-locked from so-called “sativas,” and others who get wired when they smoke “indicas.” There are also consumers who become energetic or sleepy from the same strain of weed, depending on when or where they smoke it. Some folks always feel sedated no matter the product, while others always experience anxiety regardless if they puffed an “indica” or “sativa.”

Basically, weed can — and will — affect everyone differently. Rather than classify weed products based on subjective effects, individuals should determine what works best for them with a combination of strain identity, cultivator source, and cannabinoid and terpene contents for that particular product batch. (Chemical contents will always vary among batches.)

Gallery — The Magic of the Cannabis Plant

Additionally, due to the intense widespread crossbreeding of weed since the ‘60s counterculture revolution, pretty much all of today’s commercial weed are hybrids. And if they’re almost all hybrids, the sativa/indica designations are meaningless.

For many of us, “sativa” and “indica” have become mainstays in the cannabis community. But the terms don’t make sense, and they’re not helpful, either. Many cannabis consumers incorrectly assume that a strain’s identity alone determines what kind of high it provides. In reality, a strain’s cultivation conditions (e.g. nutrient feeds, watering strategies, when and how it’s harvested) are just as important — if not more important — than its genetics.

HEMP
WEED
WEED HISTORY
SEO
MORE...
Randy Robinson
FOLLOW
Based in Denver, Randy studied cannabinoid science while getting a degree in molecular biology at the University of Colorado. When not writing about cannabis, science, politics, or LGBT issues, they can be found exploring nature somewhere in the Rocky Mountains. Catch Randy on Twitter and Instagram @randieseljay
Share this article with your friends!
AD
By using our site you agree to our use of cookies to deliver a better experience.
Accept
Decline
MORE FROM MERRY JANE