CULTURE
What It’s Like to Judge the "Oscars of Weed" After Prohibition
AD
The 2018 Emerald Cup is the first edition of the festival in the legalization era. Nikki & Swami, who’ve been judges since its inception, detail how everything is changing, from the judging process to the event itself.
Published on December 6, 2018

Here we are again, sitting on the couch with a wood stove blazing warmth, as we smoke little, stubby, one-gram joints to test cannabis flower for the 2018 Emerald Cup, considered by many to be the most prestigious cannabis competition in the world. Last year, at about this time, we wrote a long piece about the Cup for MERRY JANE, describing the methodology and sequence of judging. In many ways, this year is the same thing — though there are some noticeable differences.

What is the same, besides the freezing temperature outside and us sitting on the couch  smoking, is the dedication and passion of the judges, as well as the camaraderie that develops over the long haul of judging. Also, this year — like last — there was a delay in getting the results back from the testing lab, which was again swamped and overwhelmed by the enormous task of assessing the hundreds of cannabis entries to the Cup. Nevertheless, it’s better to wait and know we are smoking clean samples. And this year, for the first time, we can be sure of that, thanks to the folks at SC Labs in Santa Cruz.

What is different is that there are fewer entries, but more categories — 27 in all, ranging from flowers and edibles, to salves, tinctures, and several kinds of concentrates and extracts. Contrary to popular belief, Nikki and I do not test everything; we only judge the flower entries. (Hey, we are only human, after all.) A total of about 300 entries were submitted in the various flower divisions, which is way down from last year’s more than 500, but still a substantial number to conscientiously judge. 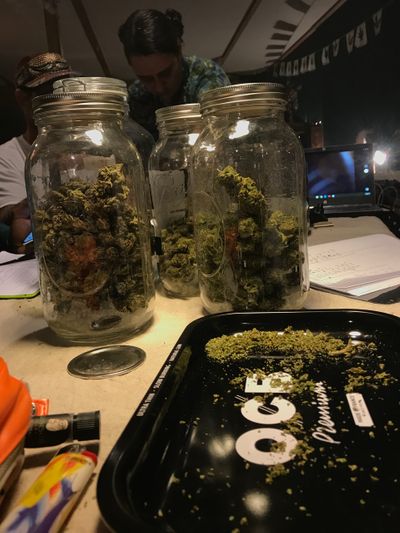 This year we have subdivided the flower judging into four categories: Legally Compliant Full Sun and Legal Mixed Light, as well as Personal Full Sun and Personal Mixed Light. “Personal” means you cannot sell the cannabis and do not have a permit, while “Legally Compliant” means the grower is permitted to sell under California law. This category change was done in order to highlight the professional growers and also to accommodate non-commercial farmers growing their allowed personal-use plants, kind of like the contest at a county fair for best homegrown tomato. “Mixed Light” refers to cannabis grown using the light deprivation technique, while “Full Sun” means the plant was grown only outdoors, open to the sky at all times, for the full natural length of the season.

In case you didn’t read last year’s story, we judge flower samples based on Looks, Fragrance, Flavor, Effects. Each metric has a maximum of 10 points, except Effects scores double, for a maximum of 50 points total. In 15 years of judging, we have only given a 10 once, but several have come close. We admit it — we are pot snobs. By the last sample, we are down to minuscule decimals of judging, such as 9.865, for example. It’s like announcing winning numbers for the Olympics!

Each judge has their personal cannabis rating system, and they vary widely. We tend to start high (pun intended), as we assume everything entered is at least an 8.5. Occasionally, we discover a real treasure, and, on the flip side, sometimes you have to wonder why certain growers even bothered to enter. In the long run, to tally the final scores, all we really care about is each judge’s number one, number two… all the way down to number 20. How the judges choose to arrive at their decision is irrelevant, so long as they’re being ethical. 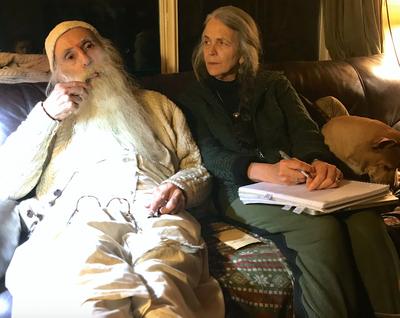 So far, the entries this year are of higher quality than last year overall, with a few exceptions. There are a whole lot of entries that taste fuel-y, and a fair number of tangie and citrus flavors, but fewer than in recent years. There are more pineapple and guava flavors than in the past, but not as many piney flavors, and hardly any floral. There have been a fair number or really rock-hard entries (meaning the buds are literally dense), while others are quite dry and yield a lot of dust when ground up with a Mendo Mulcher. It seems like there is still room for improvement in people’s drying techniques. It may also have to do with the rainless dry harvest season this year, as well as contestants rushing to cure their bud to enter the contest. Cannabis curing cannot be rushed; She moves at Her own sweet speed.

A very welcome change to this year’s judging is a zero failure rate from pesticide testing, as compared with about 10% of entries failing last year, and 20% the year before. This improvement is clearly a result of legalization, because everything now has to be tested before it leaves the distributor. Prior to July 2018, most cultivators had never been lab tested, unless they entered the Cup or sold through a major dispensary. This is clearly a positive consumer health impact resulting from legalization. 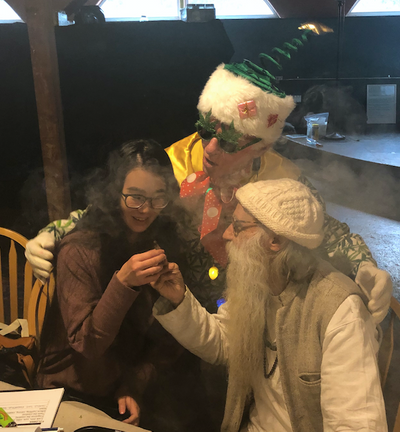 The Emerald Cup event itself will be different this year, too, but since it hasn’t happened yet, it is difficult to predict exactly how it will play out. It’s been a big question for months. Now that cannabis is recreationally legal in California, it’s quite possible a whole new crowd of people will show up for their first large-scale cannabis event. All that is necessary to get into the smoking and cannabis sales sections at the weekend event is an ID proving you are over 21-years-old. Surely, people will be coming from all over the world to partake in some of the Golden State’s finest cannabis flowers and products.

Attendees will only be allowed to buy one ounce of flower per day, according to State law, but if you have a medical ID (available at the actual festival for about $50) you can purchase up to eight ounces per day. Gone are the days of pounds being openly sold on the fair grounds by young guys who looked like they came in right off the farm. Even licensed cultivators’ products can now only be sold by licensed retailers, not by the farmers themselves. You will still have a chance to meet some of your favorite farmers and will be able to taste their wares at the cultivator’s booth, but you will have to buy their product at the retailers’ booths. In past years, farmers could sell directly to patients, but now the distributor and the retailer must take their cut. And the government ultimately takes the biggest cut with its excessive taxes, while the craft cultivators and growers have their margins slashed. 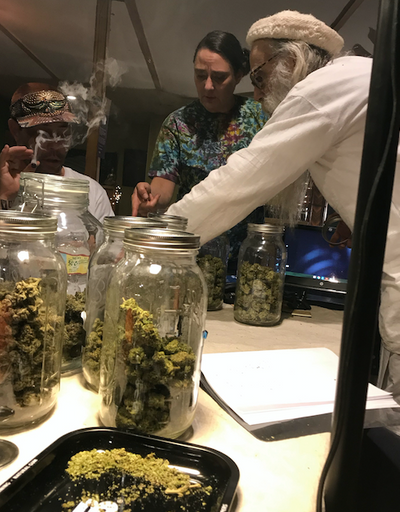 Back when it started in 2003, The Emerald Cup was a local harvest celebration and a contest to see who grew the best pot that year. Those of us who have persevered and been able to jump through all the hoops that’ve come with legalization have every intention of celebrating at this year’s festival, regardless of the new rules and regulations. Once again, we proudly bring the spirit of the farmers and manufacturers of The Emerald Triangle to the Sonoma County Fairgrounds, to the rest of California and the world beyond. 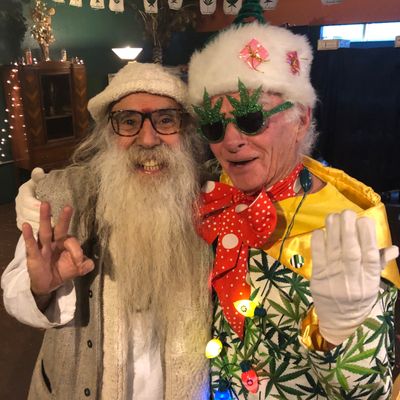 And to learn more about the 2018 Emerald Cup, visit the festival's site here, too

420
LEGALIZATION
CALIFORNIA
HISTORY
MORE...
Nikki and Swami
FOLLOW
Known as "The Cannabis Couple," Nikki Lastreto and Swami Chaitanya have been proudly promoting cannabis use for decades. As cannabis cultivators in Mendocino County, the heart of the legendary "Emerald Triangle" region, Nikki and Swami are behind the brand Swami Select, producing taste and pure flowers grown in full sun with organic methods, plus that extra little Swami touch.
Share this article with your friends!
AD
By using our site you agree to our use of cookies to deliver a better experience.
Accept
Decline
MORE FROM MERRY JANE