CULTURE
What Is the Whizzinator and Can It Actually Beat Drug Tests?
AD
Desperate times call for desperate measures. But would you ever wear a fake penis to pass a marijuana drug test? For some people, the answer is yes. Enter: The Whizzinator.
Published on March 31, 2020

As a cannabis smoker with a job or pending legal situation that subjects you to random drug screenings, urine tests can be a serious drag. The steep repercussions that can follow a failed urinalysis drug screening can be monumental and cause serious disruptions in one's life. Nobody should lose their job or go to jail just for enjoying some herb — but here we are.

To avoid this injustice without giving up their weed, many people over the years have attempted to come up with clever ways to fool drug screens. One method relies on substituting a “clean” (or even synthetic) urine sample for an actual one. But this option can have some logistical issues, particularly if you’re forced to provide the sample while you’re being observed. 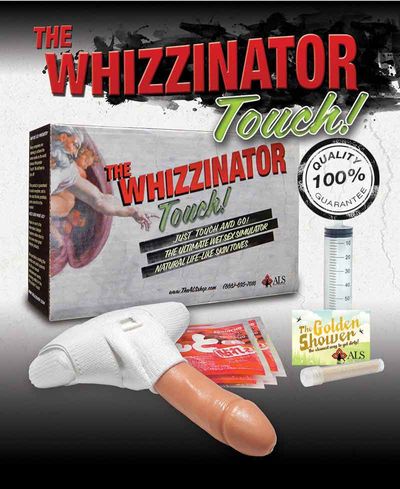 The Whizzinator Touch! in "White," image via

WTF Is the Whizzinator?

Simply put, the Whizzinator is a fake penis made from a rubbery plastic that comes with an attached reservoir for holding a clean or synthetic urine sample. Both the prosthetic appendage and urine reservoir are attached to an elastic belt worn under the clothing. While providing the sample, the wearer pulls the Whizzinator out of their underwear, and then they activate a valve (silently and with one hand using the improved Whizzinator Touch!) to release the urine, which flows out of the fake penis and into the sample cup.

To ensure that the sample stays at the proper temperature, the Whizzinator comes with heating packs that warm the urine while it sits in the reservoir bag. For added realism, the device comes in five colors: “White,” Tan,” “Latino” (when did that become a color?), "Brown,” and “Black.” A packet of freeze-dried synthetic urine powder comes packed with each Whizzinator to complete the kit. 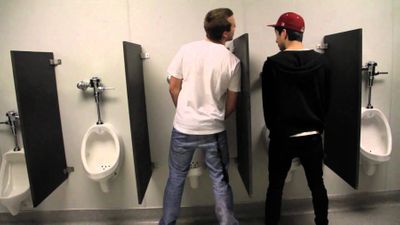 Does the Whizzinator Actually Work?

To determine whether or not the Whizzinator works, you’ll have to decide what you want it to do. To avoid legal troubles (see below), the device is not sold as a way to pass a drug test. Instead, the Whizzinator is sold as a fetish item. Even the label for the Whizzinator’s synthetic urine package calls it “Golden Shower.”

However, generally speaking, marketing for the device remains noticeably vague.

“The Whizzinator Touch is a discreet synthetic urine kit that is safe for all types of scenarios. It has the most life-like realistic fake penis on the market! The medical grade synthetic urine kit features an ultra-quiet flow system that is very easy to use and operates with ONE hand,” the website copy exclaims. “It has been extensively tested and proven to work in real life situations.”

If the intended “real life situation” is indeed rooted in kink, the Whizzinator probably works just fine. But if you’re actually going to use it to try to fake a drug test, there are some considerations to think about. The first is that you’re going to have to be able to pull off the scam without being caught. It’s probably a good idea to get some practice on whipping out the Whizzinator and casually slipping it back into the pants before you actually show up for a drug screening.

The other issue to keep in mind is the characteristics of the sample you provide. To pass a screening, the urine sample must be at the correct body temperature and of the correct chemical composition. The synthetic urine packet that comes with the Whizzinator is guaranteed to pass muster chemically, or some people opt for the real thing from a friend who doesn’t smoke weed (ewww!). Those are probably your best choices. Purported methods to clean up a dirty sample are unlikely to work.

The bottom line is this: If you can use the Whizzinator without being detected and provide a sample of synthetic or clean urine of the correct temperature, you’ll probably pass the drug screening. But slip-ups can be costly.

Attempting to pass a drug test through fraudulent means can get you in trouble if you’re caught, particularly if the test was ordered by law enforcement, a court, or a governmental agency. Just ask Jonathan Jackson of Tennessee, who went to jail in 2014 for falsification of a drug test after being caught using the Whizzinator at a parole and probation office.

Selling the Whizzinator can also be illegal, depending on how it is marketed. In 2010, the owners of the e-commerce company that sold the device were convicted of conspiracy to defraud the United States government for its role in the use of the Whizzinator by people trying to fake federally-mandated drug screenings. The Whizzinator trademark was then taken over by California-based Alternate Lifestyles Systems, which began marketing the device as a fetish item with a legal disclaimer.

“This product is not intended for any illegal purpose,” the website now warns. “Nor is it to be used to defeat lawfully administered drug tests.”

So, no, it’s not legal to use the Whizzinator to pass a drug test. But some folks might consider it a risk worth taking to still be able to smoke weed — if they can get away with it.

TECHNOLOGY
INFORMATIVE
SEO
DRUG TESTING
MORE...
A.J. Herrington
FOLLOW
A.J. Herrington is a freelance writer focusing on cannabis news, business, and culture and has written for publications including High Times, Sensi, and HEMP. When he's not banging away at the keyboard, you'll probably find him tending to his plants in the garden.
Share this article with your friends!
AD
By using our site you agree to our use of cookies to deliver a better experience.
Accept
Decline
MORE FROM MERRY JANE