CULTURE
What Is THC Terp Sauce and What Do I Need to Know Before Smoking It?
AD
When it comes to cannabis concentrates with intense highs and skyrocketing terpene levels, terp sauce undoubtedly takes the cake.
Published on July 15, 2020

As the 21st century reefer revolution continues to transform the planet, weed wizards around the world keep coming up with new, innovative ways to get high. What a time to be alive and smoking!

“Terp sauce” is trending pretty damn hard these days — and for a good reason. It’s a sticky, texturized cannabis concentrate that not only catapults you into space, but it also offers a spectrum of taste on par with the complexity of wine.

This goopy concentrate looks like crystalized honey to the eye. It’s composition is similar to a blend of brown sugar and warm butter. Except, this THC concentrate is translucent and generally boasts hues of amber. It also doesn’t taste like brown-sugar butter, either. Rather, it’s loaded with terpenes, so it packs a saucy punch that often leaves stoners drooling — and wanting more.

But, before you smoke down a whole jar of terp sauce, understand it’s strong stuff! It’s best to know what you’re getting into. So, read on before buckling-in for blast off.

What Exactly Is Terp Sauce?

Terp sauce is a high-impact, delectably aromatic cannabis concentrate that’s also known as a high terpene full-spectrum extract (HTFSE). The key component of sauce is its abundance in terpenes, or essential oils that give the plant its distinct pungent aromas ranging from gasoline to lavender to cheese to lemon zest. But more on that later.

Often, when cannabis is converted into a concentrate, varying levels of terpenes are diminished — even eliminated — in the process. The purpose of making terp sauce, then, is to isolate terpenes for inclusion and to amplify their presence in the final mix. The result is a full-spectrum concentrate without fats, lipids, waxes, and other possible determinants to your intoxication experience.

Ultimately, the goal of smoking terp sauce is to give your taste buds a clean, sensuous experience rich with flavor. Obviously, yes — we smoke concentrates to get high, too. Duh! But, there’s so much more to terp sauce — and all concentrates, for that matter — than getting blitzed out the skull. 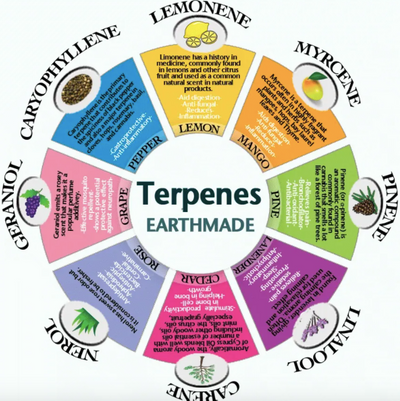 As you can probably tell from the previous sections, it's hard to talk about sauce without acknowledging the powerful presence of terpenes. Terps are the essence, or soul, of cannabis. They are organic plant compounds that give cannabis its flavors and scents.

But they’re not only found in cannabis. In fact, they’re found in every single plant, fruit, and vegetable on the planet. Lemons and pine trees, for instance, are two other species that have high-terpene content. Interestingly, these two terpene profiles are also present in the cannabis plant.

Additionally, the terpenes in cannabis are believed to interact with THC to define the type of high you’ll experience. This general phenomenon is known as the “entourage effect” theory. It plays a part in determining if a strain is going to make you feel buzzed and alert or chilled out and relaxed. But, more importantly, the entourage effect is crucial in understanding why pot is medicinal. In short, when cannabis is consumed the cannabinoids, flavinoids, and terpenes in the plant act in symphony, ultimately allowing the plant to have greater therapeutic value. This theory, then, suggests that consuming isolated cannabinoids does not have the same medicinal effects as when all the compounds of the plants are ingested.

Concentrates have always been one of the best medical cannabis products on the market. Terpenes are a big reason why sauce and other extracts are an excellent product for relief from pain, anxiety, stress, and more. 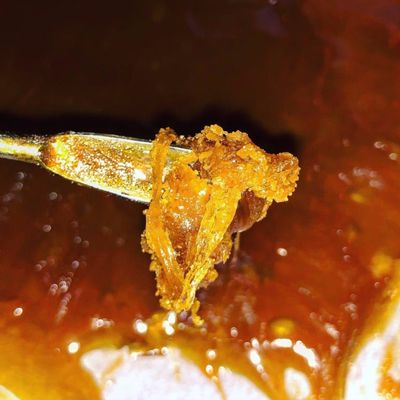 Why Is It Called “Sauce”?

The term “sauce” arises from the extract’s texturized consistency. The sauce can vary in thickness from loose and syrupy to as dense as honey and molasses. Most commonly, terp sauce resembles delicious fruit jam laden with grains of sugar.

Other monikers bestowed upon this mouth-watering blend include “herbal sauce,” “weed sauce,” or, with increasing commonality, just plain old “sauce.”

How Is Terp Sauce Made?

The initial process of creating terp sauce is the same as most other extracts. It begins with refrigerating or freezing a live cannabis plant. Pressurized extraction then separates out the live resin, usually with an element such as butane hash oil (BHO), in order to focus on only terpenes and desirable cannabinoids.