CULTURE
What Is “Sueño” Weed and Is It Really the Strain That Dreams Are Made Of?
AD
Sueño is one of the newer cannabis strains to hit the legal markets, but will it affect how you count sheep while catching some rest?
Published on May 18, 2020

In Spanish, the word sueño usually translates to “dream.” But sueño can also refer to the act of “sleep” itself or to the state of “sleepiness,” and all three interpretations apply equally to the marijuana strain “Sueño” and its effects.

Sueño, the weed variety, is a relatively recent arrival within the cannabis scene. Most reviews for it don’t appear until 2019, and Google Trends doesn’t display any search term data for various terms related to Sueño as a pot plant. Nonetheless, Sueño has been on smokers’ minds and imaginations for well over a year, like Queen Mab riding a weed-powered fairy chariot across Dream Land. 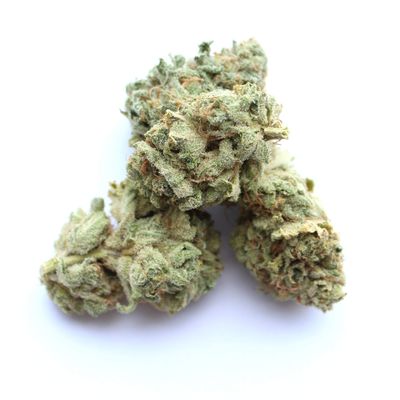 Where Does Sueño Come From?

According to the legend, Sueño is a cross between Blue Dream and Sour Diesel, two iconic strains in their own right. Sour Diesel is known for its ability to get the eyes heavy-lidded but the mind and spirit racing, and Blue Dream gained its fame from its heady effects that bring deep brain chills while still keeping consumers’ thoughts active and creative. If Sueño truly is a hybrid of these other two hybrids, then its breeder developed Sueño into a strain that incorporates some of the best parts of its famous parents: Instant relaxation from head to toe coupled with smooth waves of insightful introspection.

However, no one really knows who originally bred Sueño, meaning the truth behind the strain’s purported genetics reside largely in the realms of speculation.

What Are Some of Sueño’s Qualities?

Strain review websites claim that Sueño consistently cranks out around 27 percent THC. THC levels that high sit comfortably in the above-average range, though potency can always vary based on how the bud is grown, cured, packaged, and stored. Regardless, that value is nothing to sniff at (but certainly something worth catching a whiff of). Most weed only produces about 15 to 20 percent THC.

Since Sueño is so new, there isn’t a lot of lab data available for it. However, based on tokers’ self-reports, we know that Sueño smells of berries, fruit, with undertones of spice and, of course, that heavy, dank scent of gas or diesel that characterizes weed known for getting folks stoned AF (just like Sueño’s parent, Sour Diesel). 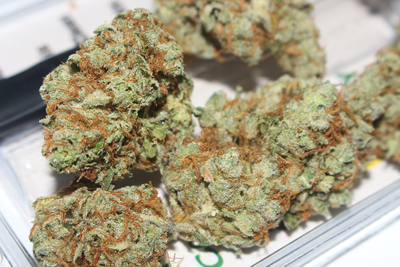 Based on the scent alone, we can make an educated guess on the prominent terpenes found in Sueño: Likely, it’s a combination of caryophyllene with myrcene and limonene or pinene. Don’t be surprised if there’s some humulene or linalool in there, too.

Basically, if you’re looking for something to complement that warm milk or herbal tea to help you slip off into a night’s worth of quality sleep, and possibly even some vivid dreams (if you can even dream after getting lit), look for some Sueño, roll it up, take a puff, and pass TF out.

STRAINS
FLOWER STRAINS
INFORMATIVE
SEO
MORE...
MERRY JANE Staff
FOLLOW
MERRY JANE is based in Los Angeles, California and is dedicated to elevating the discussion around cannabis culture.
Share this article with your friends!
AD
By using our site you agree to our use of cookies to deliver a better experience.
Accept
Decline
MORE FROM MERRY JANE