CULTURE
What Is Ibogaine and Can the Psychedelic Plant Help Break Drug Addictions?
AD
While the world scrambles to tackle the rampant opioid crisis, some doctors believe that psychedelic plant-medicine could help break drug addictions. One such substance is Ibogaine, but what does it do to our minds and bodies?
Published on April 15, 2020

Of all the world’s prehistoric cultures, the Babongo tribe of Central Africa may have contributed to the world’s use of psychedelics more than anyone else. The Babongo peoples were some of the first to cultivate weed farms purely for “recreational” or “intentional” use. They likely tripped on shrooms ages before the old Nordic or Germanic tribes — or even the Ancient Greeks — embraced psychedelic fungus. They were also the first known culture to use iboga, a mystical root bark and shrub loaded with a powerful alkaloid — known as ibogaine — for spiritual and medicinal reasons. The West’s introduction to ibogaine came from the Bwiti peoples of Gabon via French missionaries who brought the dreamy drug back to France around 1900.

Ibogaine is a psychedelic alkaloid compound naturally produced by plants such as Tabernaemontana undulata, Voacanga africana, and Tabernanthe iboga, all of which are native to Africa. Chemists classify ibogaine as a tryptamine — the same class that claims other powerful medicinal psychedelics such as DMT, LSD, and psilocybin. Tryptamines mimic serotonin, the so-called “happy chemical” in our brains that regulates mood, sleep, and hunger. 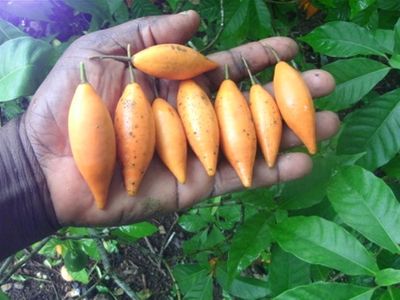 What Does Ibogaine Do, Exactly?

Psychopharmacologists divide the ibogaine experience into two stages: the “visionary” phase and the “introspective” phase. The visionary phrase is oneirogenic (Greek oneiros-, “to dream,” and genic, “to create”), meaning it instills a dreamlike state in the ibogaine consumer. Ibogaine users describe the visionary state much like being awake while dreaming, simultaneously submerged in the surreal realities of the mind while also remaining conscious of the immediate, real surroundings. The visionary state lasts 4 to 6 hours.

The second, or introspective, phase is when the emotional and psychological labor really begins. After undertaking a figurative walkabout through one’s inner Dreamtime, the mind can begin reflecting on what it experienced and what it learned during the journey.

Ibogaine clinics or retreats offer this drug as a treatment for drug addictions that have resisted traditional treatments. Ibogaine is most popularly used to treat opioid addiction, though it can work on curbing other drugs of abuse such as cocaine, crack, and meth. Typically, modern medicine combines pharmaceutical drugs with talk therapy and counseling support for those struggling with addiction. Often, it can take years for those with addictions to find something resembling success via conventional medicine.

Ibogaine clinics and retreats, on the other hand, offer programs that effectively accelerate the process established in conventional medicine. The ibogaine experience may hasten recovery by manipulating the brain in a way that the patient confronts their deepest concerns, fears, anxieties, and traumas all at once in a safe, somnolent space where the mind has more control over its reactions. By facing these fears head-on, but doing so through novel neural pathways, the patient can dig to the root of the traumas that led to drug addiction in the first place — then overcome them.

Keep in mind that ibogaine is not a one-and-done deal. Several treatment sessions are usually required for most patients, and even after those initial sessions with the psychedelic, they must still participate in regular follow-ups with their counselors or therapists.

There are dozens of ibogaine clinics around the world. However, ibogaine is categorized as a Schedule I drug in the US, meaning it’s both illegal and considered devoid of medical value. So, while there are no legally-operating ibogaine clinics in the United States, Americans often travel to other countries like nearby Mexico or the Netherlands to receive ibogaine treatments. 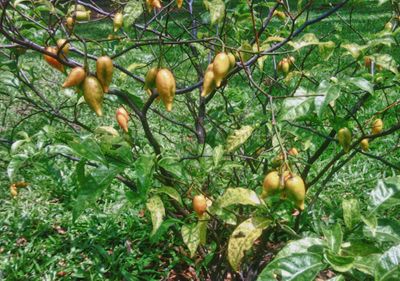 What Are the Risks of Using Ibogaine?

In the US, the biggest risk associated with ibogaine is getting arrested for possessing it. However, there are some health risks to consider, too.

Ibogaine can cause temporary loss of muscle and movement coordination. This is one of the reasons why ibogaine clinics exist: So those undergoing ibogaine treatment can get assistance just moving around while they’re dosed.

Ibogaine can also trigger heart complications in certain people, especially if they have pre-existing conditions. There’ve been a few deaths recorded from ibogaine overdose that triggered cardiac arrest, another reason why clinics and retreats oversee the ibogaine experience.

To date, there have been no clinical trials for ibogaine in the US. But the Multidisciplinary Association for Psychedelic Studies (MAPS) completed two observational studies in 2017 showing that ibogaine could help break even the most powerful drug addictions.

America is still struggling to overcome its own opioid crisis, well over a decade since it first flared up. Often, the drugs used to treat opioid addiction can be just as addictive as the opioids themselves. Given the grim situation, the US should consider alternative forms of treatments such as ibogaine. Not all treatments will work for all patients, so it’s critical that American medical institutions offer a variety of effective treatment options to save as many lives as possible.

ADDICTION
OPIOIDS
SUBSTANCE ABUSE
HARM REDUCTION
MORE...
Randy Robinson
FOLLOW
Based in Denver, Randy studied cannabinoid science while getting a degree in molecular biology at the University of Colorado. When not writing about cannabis, science, politics, or LGBT issues, they can be found exploring nature somewhere in the Rocky Mountains. Catch Randy on Twitter and Instagram @randieseljay
Share this article with your friends!
AD
By using our site you agree to our use of cookies to deliver a better experience.
Accept
Decline
MORE FROM MERRY JANE