CULTURE
What Is Hemp and How Is It Different From Marijuana?
AD
Hemp and marijuana are both cannabis, but only one of these plant types is federally legal in the US.
Published on December 6, 2019

Late last year, the US government officially legalized hemp nationwide. The move led to an explosion of hemp farms popping up across the country, making hemp the fastest growing cash crop in America. Most hemp grown in the US today is cultivated for CBD extraction, though it’s also excellent for making rope, sails, textiles, fabrics, and food.

But what, exactly, is hemp? How is it related to marijuana, and what makes them different? 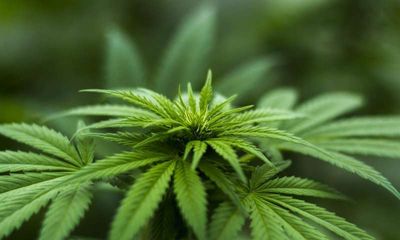 Hemp and Marijuana Are Essentially the Same Plant

Hemp and marijuana are, to some extent, merely legal definitions. Both plants are Cannabis sativa, though there are some physical differences between them.

Hemp is cannabis with insignificant amounts of THC, the compound in weed that gets people intoxicated. What qualifies as “insignificant,” though, depends on the local laws and definitions. The US government’s definition for hemp is cannabis containing less than 0.3 percent THC by dry weight. Other places, such as the EU, define hemp as cannabis with less than 0.2 percent THC. Still others argue that hemp should be defined by a THC limit at a whole 1 percent by dry weight.

So, that means marijuana is cannabis with more than 0.2 to 0.3 percent THC by weight, depending on the country’s laws. By this definition, not all marijuana will easily get someone lit (good luck getting ripped on buds with only 1 percent THC), but I guess we need some kind of clear cut-off, yeah? 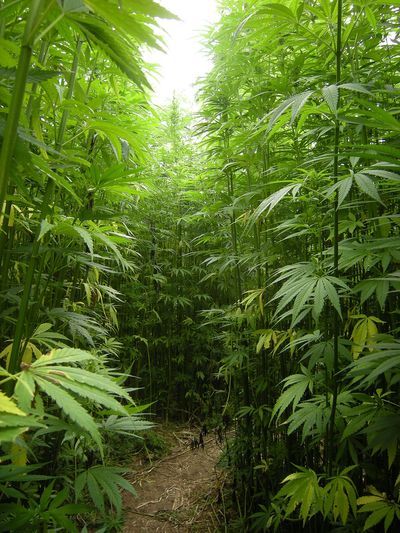 Humans have been cultivating hemp for as long as we’ve been cultivating marijuana. Scientists believe that ancient people originally farmed cannabis in the areas now known as Afghanistan and Pakistan, though there’s new evidence that the plant itself first evolved in Tibet. Later, the plant’s genetics diverged as traders and nomads took weed seeds to far off lands.

When cannabis went to China, the Chinese grew it primarily for fibers and food, selecting low-THC plants over the stickier high-THC varieties. But when cannabis went to India, the Middle East, and North Africa, farmers there chose to breed the high-THC strains, leading to the bomb-ass weed we have today.

Here’s the thing with THC: It’s awesome for medicinal applications and having a good time, but it’s a pain to work with when you’re processing cannabis to make rope, clothes, or sails. That’s because THC is what makes weed so sticky-icky-icky, and all that stickiness gunks up the fiber-making process. 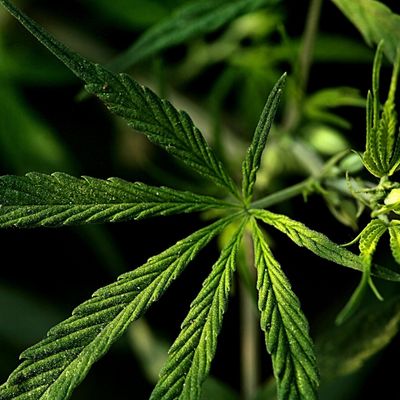 Legal Issues Between Marijuana and Hemp

Since THC is the part of cannabis that gets people high, the US government has fought tooth-and-nail to keep it illegal. But since hemp can’t get anyone high, the feds consider it relatively harmless now. So, how did hemp end up being outlawed in the first place?

Back in the 1930s, at the height of Reefer Madness, prohibitionists led by US Narcotics Bureau Chief Harry Anslinger propagandized marijuana as a dangerous drug that warped black and brown men into axe-murdering rapists. Hemp, on casual inspection, is indistinguishable from marijuana — remember, they’re essentially the same plant — and Anslinger convinced the US Congress that since marijuana growers could simply conceal illegal drug operations under the cover of growing harmless hemp, that hemp should be illegal, too.

Unfortunately, Anslinger won on that front. When the Marihuana Tax Act was passed in 1937, hemp was effectively banned, too. Only a handful of farms in Kentucky continued to grow hemp in the US until the ‘50s, when hemp completely fell out of fashion in favor of synthetic fibers like nylon. Hemp was officially outlawed in 1970 with the passage of the Controlled Substances Act, which placed hemp in the same ultra-restrictive Schedule I category as marijuana, even though hemp is not addictive, not even in the slightest.

Since then, American companies could sell hemp products, but only if the hemp was imported from another country such as China or Spain. Today, we can finally grow our own damn hemp right here on US soil.

Genetic Differences Between Hemp and Marijuana

While the primary difference distinguishing hemp from marijuana falls on legal definitions, there are some genetic and biochemical differences between the two types of cannabis, too.

The biggest difference involves the enzymes that make THC and CBD in cannabis, called THC synthase and CBD synthase, respectively. The plant doesn’t just crank out cannabinoids willy nilly. Rather, the plant’s genes make proteins (the synthases) which produce THC, CBD, and other cannabinoids from CBG, or cannabigerol.

There are some other biochemical differences between hemp and marijuana, too. For instance, CBN, a cannabinoid with potential medical uses for fighting pain and repairing bones, isn’t found in most hemp. That’s because CBN comes from THC that breaks down under sunlight or heat, and since hemp doesn’t contain much THC, it doesn’t produce much CBN, either.

There you have it in a nutshell. Hemp doesn’t have much THC, but it can produce large quantities of CBD if properly bred and cultivated. Meanwhile, marijuana usually contains plenty of THC, but the more THC it has, the less CBD you’ll find in that same weed.

AGRICULTURE
SCIENCE
HEMP
CULTURE
MORE...
IN THIS STORY
CBD
Click to shop at our CBD store
Randy Robinson
FOLLOW
Based in Denver, Randy studied cannabinoid science while getting a degree in molecular biology at the University of Colorado. When not writing about cannabis, science, politics, or LGBT issues, they can be found exploring nature somewhere in the Rocky Mountains. Catch Randy on Twitter and Instagram @randieseljay
Share this article with your friends!
AD
By using our site you agree to our use of cookies to deliver a better experience.
Accept
Decline
MORE FROM MERRY JANE