CULTURE
What Is CBC and What Are the Benefits of This Cannabinoid?
AD
Cannabichromene, or CBC, is one of the lesser known components of cannabis. But, like its more famous cousins THC and CBD, it offers potential health and medicinal benefits, as well.
Published on March 20, 2020

While getting lit AF on THC and rubbing CBD all over your joints, there’s another lesser-known compound that could be sparking some marijuana magic while you consume cannabis products.

What, Exactly, Is CBC?

First off, things can get a little confusing with CBC because it goes by a few different, though similar, names. If you ever see cannabinochromene, cannabichrome, or pentylcannabichromene, just know that those are all names for the same compound: CBC. Internationally, organic chemists call it 2-methyl-2-(4-methylpent-3-enyl)-7-pentyl-5-chromenol, which sounds more like a math problem than it does anything else. 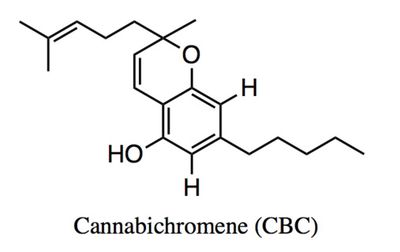 The chemical structure of CBC, via

One study from 1981 found that CBC was the second-most abundant cannabinoid found in marijuana, the kind of cannabis that produces a lot of THC. That may have changed in the last four decades, especially as more commercial breeders cross marijuana with hemp to produce strains that generate balanced ratios of THC and CBD.

Regardless, CBC usually occurs in cannabis in an acid form (CBCA), just like THC and CBD do (as THCA and CBDA). And, just like THC, heat can decarboxylate the acid from CBC, theoretically making the compound more bioavailable so it can do biochemistry stuff. However, CBC doesn’t appear to possess intoxicating properties like THC.

Furthermore, studies suggest that CBC does not really interact with the body’s CB1 or CB2 receptors, the cannabinoid receptors activated by THC and CBD, respectively.

The Possible Benefits of CBC

One of CBC’s properties is that it kills bacteria and fungi. At least, scientists showed it could do this in lab settings during that previously mentioned study from 1981. According to them, CBC’s “[a]ntibacterial activity was strong, and the antifungal activity was mild to moderate.”

Since CBC works so well at destroying bacteria, some researchers suggest it could form the basis of new acne medications. CBC also reduces inflammation and can control colitis, or digestive inflammation, in mice, indicating it could be used to help make medicines for conditions like irritable bowel syndrome, too.

CBC could also affect how our stem cells ultimately shape and repair our nervous systems, as well. A 2013 study found that CBC, in lab settings (not in living things), could stimulate the production and activity of neural stem cells, the stem cells that can turn into brain or nerve cells. However, CBC appeared to prevent neural stem cells from becoming astroglia, a type of cells that form the basic structure of the brain and compose our blood-brain barrier. So, the verdict is still out on whether CBC encourages neurogenesis or stifles it. 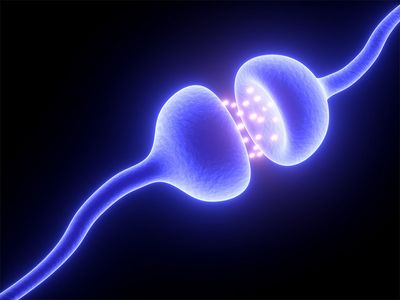 Remember how we said CBC doesn’t seem to interact with our CB receptors? Other researchers have discovered that CBC stimulates, or very lightly activates, receptors found in another part of our cellular networks: the TRP system.

TRP (pronounced “trip”) receptors come in a variety of subtypes. They’re largely responsible for regulating our perceptions of pain, but they also regulate our body temperature, hunger signals, moods, and gastric motility (in other words, they make you vomit or poo). Studies show that CBC lightly binds to the TRPV1, TRPV3, TRPV4, and TRPA1 receptors. The only important one to consider is TRPV1, for our purposes.

Have you ever heard of cannabinoid hyperemesis syndrome, or CHS? CHS symptoms include severe bouts of vomiting and an inability to hold down food or water, though it can be relieved by burning pepper creams or hot showers.

CHS is a rare and little understood illness that doctors believe only occurs in people with certain mutations in their TRP or CB systems. CHS is triggered by cannabis consumption (not pesticides, despite what some weed warriors will insist to the point of harassment), and the key to this syndrome resides in malfunctions of the TRPV1 receptor for exact reasons that still elude researchers.

Regardless, CBC may possibly contribute to CHS, or it could help medical researchers find a treatment for the syndrome. But for right now, CHS has no cure. 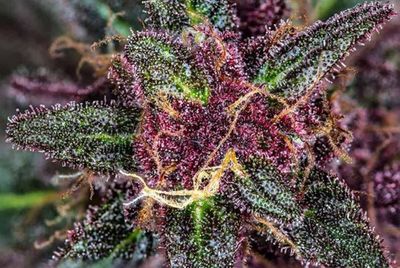 Like most components of cannabis, CBC could possess other benefits — or risks — that scientists still haven’t discovered. This is why it’s critical for governments to lift their draconian restrictions on marijuana research, especially as cities, states, and entire countries legalize the plant.

SCIENCE
CULTURE
CANNABINOIDS
POP CULTURE
MORE...
IN THIS STORY
CBD
Click to shop at our CBD store
Randy Robinson
FOLLOW
Based in Denver, Randy studied cannabinoid science while getting a degree in molecular biology at the University of Colorado. When not writing about cannabis, science, politics, or LGBT issues, they can be found exploring nature somewhere in the Rocky Mountains. Catch Randy on Twitter and Instagram @randieseljay
Share this article with your friends!
AD
By using our site you agree to our use of cookies to deliver a better experience.
Accept
Decline
MORE FROM MERRY JANE