CULTURE
What Does "OG" Mean When Talking About Weed?
AD
"OG" is a term every pothead knows. But who coined the acronym, and what does it mean, exactly?
Published on September 4, 2019

With 5,000 years of history that’s spread around the globe, cannabis culture has developed a rich, multilingual lexicon to describe the cannabis plant and the wealth of human experience surrounding it. But with such a varied expanse of lore to draw upon, the origins of many words and expressions in the dank dictionary are matters of contention, subject to ongoing debate.

A prime example of this phenomenon can be found with the term OG — you know, as in OG Kush. But what does OG mean? Although the initials “OG” are commonplace in marijuana subcultures, what they stand for is largely a matter of who you ask. Most often you’ll hear one of two popular theories, but there are several more. Outside of pot culture, there are even more possible definitions for OG.

So, what does OG truly stand for? We’ll leave that decision to you, curious reader. But here’s a breakdown of its different definitions and the lore that fuels its contextual popularity. 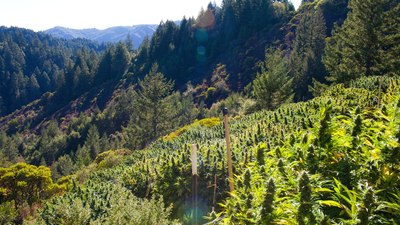 One theory about the origin of the term OG in weed-lore is that it stands for "Ocean Grown." As the legend goes, a Northern California coastal grower who mastered the art of cultivating Afghani kush (more on this strain later) met a fellow pot smoker one day and the two got to talking. Before long, the grower’s new friend pulled out a bag of weed and offered to pack a bowl. As soon as the bag was opened and the cultivator — who hadn’t revealed his occupation — smelled the herb and saw the buds, he knew that it was the weed he’d just grown.

Commenting on his stash, the owner of the weed said he could tell from the aroma that the bud was mountain grown. Not ready to accept an uninformed review of his harvest from a stranger, the grower replied, “Nah, man, that’s that ocean grown weed,” or ya know, something to that effect. But the term “ocean grown” stuck, and it’s remained a popular descriptor for weed among coastal California growers and tokers. 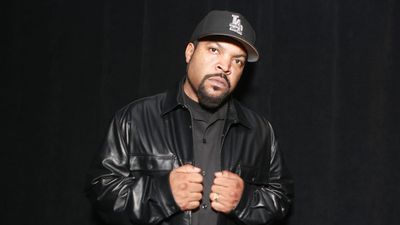 Another popular origin story for the term OG, or Original Gangster (sometimes old-school gangster) in this context, has its roots in the Los Angeles hip-hop scene of the late ‘80s and early ‘90s. With a number of MCs (such as Dr. Dre and Ice Cube of NWA) coming from neighborhoods rife with gangs, guns, and drugs, OG implied status and stability in a chaotic world, particularly among the Crips, one of LA’s most notorious gangs.

After being made popular by Ice-T with his album Original Gangster in 1991, it wasn’t long before the expression permeated Southern California’s rap culture and the broader American zeitgeist.

The term was then tagged onto the kush being grown to distinction by cultivators in San Fernando Valley, by Cypress Hill’s crew according to some versions of the story. The assertion is supported by Amsterdam-based cannabis seed bank DNA Genetics, which developed seeds for the strain that had previously only been available as a clone.

“The OG got tagged onto the LA Kush back in the '90s by the Cypress Hill Crew and it stands for 'original gangsta,'” DNA told the San Diego City Beat in a 2011 email. “There are also stories of the OG standing for 'Ocean Grown,'  but being from LA we believe and feel that the OG comes from the Cypress family. Hope that clears the hazy air.”

Before long, OG Kush was the preferred bud for any self-respecting West Coast gangsta’s blunt.

Or Was it All a Plot to "Overgrow" the Government?

Although the Ocean Grown and Original Gangsters explanations of the term OG get the most traction in the cannabis world, they’re not the only theories. Another possible origin for OG holds that the initials refer to OverGrow.com, a website that hosted cultivation advice and a seed-swapping platform while advocating for an “overgrow” of the government. It was one of the earliest online forums for pot growers, launching in 1999. It was shut down by Canadian police in 2006, however, and they seized the platform’s servers and arrested several of its operators.

Another theory about the origin of the term OG in reference to pot was recently popularized by the 2018 Netflix documentary series Murder Mountain. In this version of the story, one of the old school Humboldt County growers said the term was coined after an early cultivator in the area flew to Afghanistan to smuggle back seeds with prime kush genetics. The resulting harvests, with terpene-rich buds nourished by the Emerald Triangle’s unique terroir, were dubbed OG Kush to indicate they had been cultivated by the strain’s original growers. 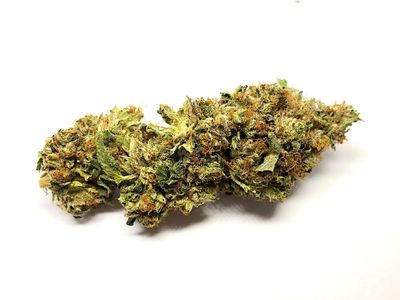 Cannabis Strains with the OG Moniker

Generally, when it comes to cannabis, OG refers to OG Kush. Just like the initials that make up the name of the strain, the lineage of this cultivar is a point of contention between two schools of thought, depending on what part of California you find yourself in. The Northern California contingent supports the theory that OG Kush is descended from Afghani kush seeds smuggled into the US and grown in the Lost Coast. Once in its new environment, the strain expressed distinctly potent and flavorful traits in the Emerald Triangle’s favorable climate.

SoCal boosters favor the idea that OG Kush is a hybrid of Chemdawg, Lemon Thai, and Pakistani kush landrace strains that was developed and popularized by San Fernando Valley indoor growers.

But even these two origin stories for OG Kush aren’t unchallenged. Another version of the lineage holds that the strain was bred in Florida, crossing a Northern California strain with a Dutch Hindu Kush.

Whatever the strain’s family tree may be, after nearly three decades on the market, OG Kush has spawned literally dozens of offspring varieties as breeders blend its superior traits with other genetic lines. Many of these strains with OG Kush parentage carry the OG sobriquet, including Sex OG, Comatose OG, Zombie Killer OG, and more.

OG Kush also supplied the genetics for popular strains including Headband and Girl Scout Cookies (oops, I mean GSC!). Other growers have hunted and pulled distinct phenotypes of OG Kush, isolating SFV OG and Tahoe OG, among others. 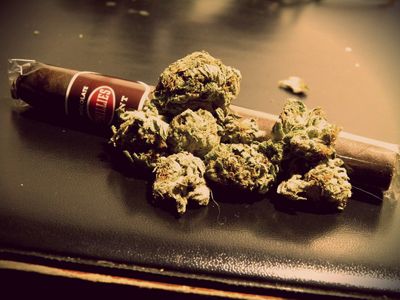 There are even more meanings for the initials OG outside the cannabis world, too. Probably one of the most commonly used definitions of OG is simply: “original.” Similar to that connotation, OG means original gangster, indicating a veteran or the first in one’s field — someone who’s been doing something for a long time.

One delightfully British definition for what OG means maintains that the initials stand for “old git,” meaning an annoying, unpleasant, incompetent, silly, or senile person. An example of this use of the term in a sentence might be: “I can’t believe what the OG in the White House is up to this time!”

With such a variety of uses and potential derivations of the term, the initial meaning of OG, in reference to cannabis or otherwise, is difficult to pin down and is still up for debate.

So, what does OG mean to you?

EDUCATION
CULTURE
WEED
INFORMATIVE
MORE...
A.J. Herrington
FOLLOW
A.J. Herrington is a freelance writer focusing on cannabis news, business, and culture and has written for publications including High Times, Sensi, and HEMP. When he's not banging away at the keyboard, you'll probably find him tending to his plants in the garden.
Share this article with your friends!
AD
By using our site you agree to our use of cookies to deliver a better experience.
Accept
Decline
MORE FROM MERRY JANE