CULTURE
What Do Real Cannabis Farmers Think of Netflix's "Murder Mountain"?
AD
"The true crime series about a murder in The Emerald Triangle fails to accurately represent the vast and complex area of Northern California, and it could have lasting repercussions for how our community is perceived."
Published on January 31, 2019

For years, before the end of prohibition was even remotely in sight, mainstream media outlets regularly pushed their way into The Emerald Triangle, eager to find juicy stories about gun-crazed pot farmers hiding in the hills, rejecting The Man, and supposedly embodying a new iteration of the outlaw Wild West. It seemed as if every story followed a formula and incorporated the same archetypes: The tough local sheriff who’s seen it all; an eccentric or downright bonkers farmer; the sweet hippie farmer who moved to Northern California during the back-to-the-land movement; some angry neighbors… and then shots of trash heaps, cash heaps, and footage of thousands of plants being cut down by law enforcement. Then, of course, the news teams would show the crops being hauled away via trucks and helicopters, or else shredded and sometimes even torched. Basically, they portrayed the mountains of Northern California as a war zone — ground zero for the country’s fight against drugs.

Of course, back then it was indeed difficult to find anyone willing to talk about what it was really like to grow weed in this remote area near the western edge of the continent. No one was sharing stories about bucolic hippie communes growing pot, with occasional disturbances by nosey choppers hovering above. The whole point of living way out there was to get away from the frenzied crowd in the city and to secure some privacy. It was easy for the media to weave a negative veil over the entire business, creating the picture of a nefarious underworld of greedy criminals hiding out in the hills. The image of the Wild West of Cannabis was sure to capture eyeballs and thus sell ads. But I was hoping that by now — decades after the same story has been told and retold, as well as more than a year into California’s recreational legalization program — things were starting to change... 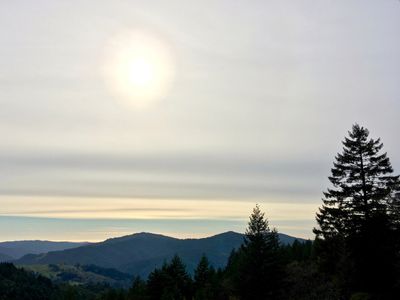 Above, a photo of Mendocino taken by Nikki and Swami

“When writing the story of your life, don’t let anyone else hold the pen.”

Honestly, I don’t know who that quote originally came from, but I’ve seen it several times. As a journalist for many years of my life, it’s been a thrill to evolve from crafting lifestyle stories for major newspapers like the San Francisco Chronicle to reporting about life in The Emerald Triangle for MERRY JANE and other publications. Over the years, Swami and I have written about the trials and tribulations (as well as the joys and excitement) of being cannabis farmers. We, along with so many others, have conscientiously tried to re-shape the story around this ancient plant and the people who grow it. We’ve aimed to remove the stigma, one piece at a time, to evolve the narrative about the evil weed, the Devil’s Lettuce, and highlight the fact that cannabis is the most useful plant on Earth for food, clothing, shelter, and medicine. Slowly, we thought we were making progress and influencing the public’s conception of cannabis, generally, as well as how the masses perceive the unique lifestyle of cultivators up in the Triangle.

And then comes Netflix. Suddenly, in the last month, people started asking if we’d seen Murder Mountain — the new six-part true crime series about Humboldt County cannabis farmers. It goes without saying that Netflix is an entertainment monolith, accessible to millions, and the people asking us about the show were from outside the cannabis space. Our editor at MERRY JANE echoed the same, noting that he also received numerous messages from friends on the East Coast saying, “Wow, so that’s what The Emerald Triangle is really like…” Clearly, this is a series that’s being widely watched and making an impression far outside the weed world. Sensational true crime TV is not at all my thing, but we knew we had to watch Murder Mountain and see how the series was portraying our home and community. 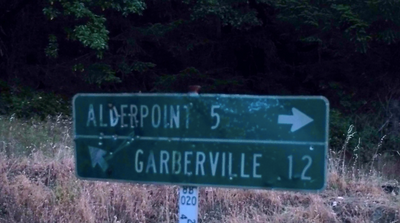 Well, we watched it… To start, let’s make this clear to the mainstream media: “Get over it, guys!” To indoctrinate viewers with their narrow point of view, the filmmakers used every cheap trick in the cinematography and editing handbook. Director Joshua Zeman uses the same old tired images of trashed and burnt out vehicles over and over again. Almost all of the “scenic” B-roll involves dark, dingy, and foggy shots, accompanied by dirge-style music. From the start of the series, these stylistic cues imprint negative images of The Emerald Triangle in viewers’ heads, insinuating that the area is one big gloomy space where something ominous might happen at any moment. How many people will now visualize grey skies, abandoned houses, torched vehicles, and a dead foot sticking up out of the mud when they think of Humboldt? Hey! The sun actually shines in The Emerald Triangle! On average, there are 216 sunny days per year in Mendocino County, and a few less in Humboldt. Those basic, manipulative editing techniques from the show’s onset present an illusion of the area to fit the theme of their murder story. It’s a biased portrayal, and by no means the only misrepresentation of The Emerald Triangle that’s salient throughout the series.

The main story in Murder Mountain focuses on the tiny community of Alderpoint, in Southern Humboldt, way out at the edge of nowhere on the scenic Eel River. As the crow flies, it’s not that far from our ranch in Mendocino, but on the twisty back roads in the mountains, it would take us nearly two hours to drive there. Such is the isolation of the Emerald Triangle, which is exactly why the hippie pioneers moved there in the ‘70s. The doc series revolves around a kid from San Diego who was growing in the Triangle and working with people in Alderpoint. He eventually goes missing, and we watch as the filmmakers unpack his murder, follow the local “vigilantes” who find the killer, and document the subsequent flawed investigation by local police. It is a sad and scary tale, for sure. The core facts about the crimes that occurred on Murder Mountain are likely true. 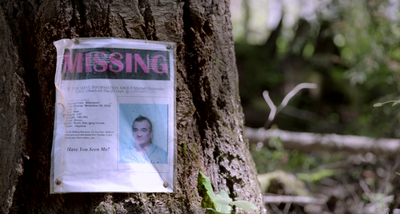 But our issue with the show is not about the central murder plot, but rather how The Emerald Triangle and the culture here is depicted. To start, Alderpoint is a tiny blip in the whole geography of Mendocino, Humboldt, and Trinity put together. Humboldt, as a whole, is 4052 square miles; Trinity is  3208 square miles; Mendocino is 3878 square miles — all together, The Emerald Triangle is 11,138 square miles, or the size of Vermont and Rhode Island combined. Alderpoint, within Humboldt, is 2.43 square miles total, with a population of 186 people. To present Murder Mountain as if it were representative of this entire, massive area is biased and dangerous. It’d be like saying a tiny town in Vermont speaks for all of New England.

Then, squeezed between interviews with local sheriffs and clandestine growers about the violence in Alderpoint, the filmmakers insert brief histories of Northern California cannabis culture. They have snippets about why hippies originally moved here during the back to the land movement, detail the growth of the black market in the late ‘70s and ‘80s, include the prerequisite footage of feds cracking down and destroying farms, and even highlight the modern plights of small farmers as they face the transition into legalization. The historical parts present a lighter, even utopian view of the Triangle, but when crammed within the larger murder narrative, it projects the idea that cannabis culture up here is homogeneous, sensational, and a failed criminal enterprise. 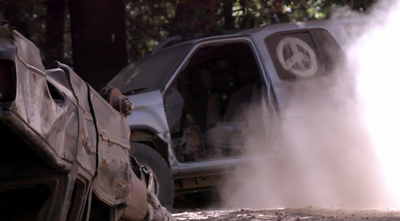 While watching the series, we couldn’t help but feel like a film crew was originally sent out here to cover a story about black market farmers coming into compliance. But we imagine that as soon as someone mentioned “Murder Mountain,” the crew pivoted and found their “real” story. The old saying in the newspaper business sums it up: “If it bleeds it leads.” Murder and mayhem grab eyeballs. The other narratives that are touched on — the transition into legalization, how small farmers are getting crushed, how the black market is still persisting — get overshadowed by one grim murder plot, making even the positive angles feel tarnished.

Even when the filmmakers articulate that prohibition has led to the proliferation of unsolved crime in The Emerald Triangle — due to illegal growers’ unwillingness to talk to authorities —  it’s presented in a way that doesn’t inspire the casual viewer to think, Hey, maybe things would be different if the country embraced drug reform? Maybe the greed, corruption, and violence wouldn’t be an issue if cannabis hadn’t been demonized for the past eight decades? Furthermore, the many positive aspects of cannabis cultivation embraced here in the Triangle — like a dedication to sustainability and healthy growing practices — get glossed over entirely. 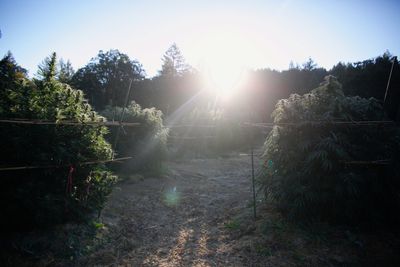 A non-gloomy photo of a pot farm in The Emerald Triangle, courtesy of Nikki and Swami

Terra Carver, Executive Director of the Humboldt County Growers Alliance, told us that she’s been getting teary phone calls from local "normal" farmers because they were so upset by Murder Mountain and the false impression of the county it pushes. Word on the street is that several of the young seasonal trimmers turned around and left the area because their parents insisted after watching the doc. Whether or not it was intentional, the effect of projecting such a negative image of The Emerald Triangle is that people don't want any involvement and certainly don’t want to smoke weed grown in such a seemingly nasty, violent place.

Obviously, life isn’t all paradise here in the Triangle. We have to deal with the rules and regulations like anyone else in cannabiz. And the new age of legal cannabis is making it difficult for families to survive. Certainly, there are a few bad actors up in the mountains — no place is perfect — but we are not talking murder all over the place! In truth, what happened in Murder Mountain had little to do with cannabis, and a lot to do with corrupt human nature — much of which was a consequence of prohibition.

This Netflix program may be a small step backwards in our promotion of the wonders of the Magical Herb and the ideal place to grow it, but it offers us the opportunity to declare unequivocally: The world’s best sun grown organic cannabis is cultivated in the verdant and exquisite hills of Northern California. Murder Mountain may be in The Emerald Triangle, but The Emerald Triangle is not Murder Mountain!

For more on Nikki and Swami, visit www.swamiselect.com

TELEVISION
HISTORY
CRIME
REVIEW
MORE...
Nikki and Swami
FOLLOW
Known as "The Cannabis Couple," Nikki Lastreto and Swami Chaitanya have been proudly promoting cannabis use for decades. As cannabis cultivators in Mendocino County, the heart of the legendary "Emerald Triangle" region, Nikki and Swami are behind the brand Swami Select, producing taste and pure flowers grown in full sun with organic methods, plus that extra little Swami touch.
Share this article with your friends!
AD
By using our site you agree to our use of cookies to deliver a better experience.
Accept
Decline
MORE FROM MERRY JANE