CULTURE
What Are Schedule I Drugs and What Does the Classification Mean?
AD
We talk about Schedule I drugs all the time. But what drugs are on that list? What qualifies a substance as a Schedule I, and who invented this classification system?
Published on March 24, 2020

If you’ve followed the conversation around cannabis reform, you’ve probably heard that the US federal government classifies marijuana as a Schedule I drug. In the eyes of the lunatics running our country, cannabis is somehow considered equivalent in danger to heroin. Equally baffling is the fact that drugs, including meth and cocaine, are listed as Schedule II substances, which is a less restrictive drug class. How can this be? Shouldn’t cannabis, which is legalized for medical use in 33 states and counting, be treated differently than other drugs that can literally kill you?

This confusion stems from a common misconception that the federal drug scheduling system is based on how dangerous a drug is. But, a drug’s perceived danger isn’t really supposed to be part of the equation. To better understand Schedule I drugs, it’s helpful to take a look at the Controlled Substances Act, the law that created the federal drug schedule. 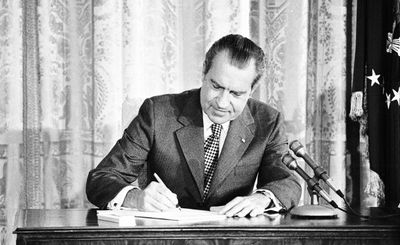 History of the Controlled Substances Act

In 1969, President Richard Nixon announced that his administration was working on comprehensive legislation to address the nation’s increasing use of recreational drugs. It was a tumultuous time for the nation. Attacks on the civil rights movement had spawned unrest, and the hippies were embracing a culture that openly espoused rejection of the status quo. It was in this climate that the Nixon administration produced the Comprehensive Drug Abuse Prevention and Control Act of 1970, also known as the Controlled Substances Act (CSA), which was passed by Congress and signed into law by the president in 1970.

The CSA combined several existing federal laws that were passed over the years to limit access to drugs into one piece of federal legislation. The law was also written to implement the Single Convention on Narcotic Drugs, a 1961 international treaty designed to prohibit the production of specific drugs and others with similar effects.

Under the CSA, the production, sale, possession, use, and importation of certain substances is regulated, with most enforcement authority delegated to the Drug Enforcement Administration and the Food and Drug Administration. Each drug regulated by the CSA was placed in one of five schedules, with different qualifications for each, based on a drug’s medical value and potential for abuse.

The original schedules were created by Congress with the legislation, and additions and subtractions to the list, as well as the rescheduling of certain drugs, are determined by the DEA and FDA. Schedule I drugs receive the tightest regulatory control and Schedule V substances the lightest. 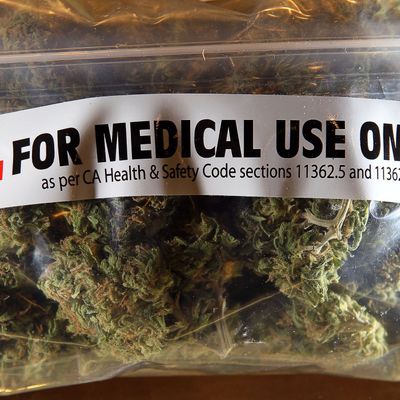 What Are the Criteria for Schedule I Classifications?

To be put on Schedule I under the CSA, a drug is considered to have no medical value and a high potential for abuse. However, just what constitutes abuse isn’t defined, allowing regulators a lot of leeway in the scheduling of drugs. Because the original schedules were drafted by Congress, political motivation likely influenced its creation. Despite the fact marijuana has been used medicinally for decades prior to prohibition, racial and political biases led lawmakers to include cannabis — the use of which they associated with minorities and radicals — on the most restrictive regulatory schedule.

Since Schedule I drugs are purported to have no accepted medical use, they can’t be prescribed by a physician. The production and use of Schedule I drugs are tightly controlled by the DEA, with all manufacturing and use limited to approved research. As a result, studies that could prove the medical value of Schedule I substances are severely restrictive and burdensome to carry out. And in the case of government-grown weed, the DEA's one approved cannabis farm produces flower that most researchers consider too inferior to study properly.

Of course, cannabis isn’t the only substance included on Schedule I of the CSA. The classification also includes heroin, as previously mentioned, and the “date rape drug” GHB. The sedative-hypnotic drug methaqualone, the popular Quaaludes of the 1960s, '70s, and '80s, are also included in Schedule I.

Additionally, Schedule I includes several hallucinogenic drugs, including LSD (acid) and MDMA (also known as molly or ecstasy). Peyote, the psychedelic cactus (and its active ingredient mescaline), and hallucinogenic fungi such as psilocybin or “magic” mushrooms are also listed as Schedule I drugs under the CSA.

Interestingly, although Schedule I drugs are determined by the DEA to have no accepted medical use, it doesn’t mean they lack therapeutic value. Cannabis preparations were manufactured by drug companies, including Eli Lilly, and were widely available until the 1930s. Entheogenic plants such as peyote, ayahuasca, and psilocybin have been used as plant medicines for millennia and are now regaining attention for their potential to treat serious conditions such as clinical depression, post-traumatic stress disorder, and substance abuse.

The severity of this challenge was illustrated clearly in 2016 when the DEA decided that cannabis would remain a Schedule I substance, maintaining its status as one of the federal government’s most tightly controlled drugs. But, as the cannabis movement continues to shift state-level laws and spark interest among researchers and scientists, the federal government will eventually run out of excuses as to why cannabis should maintain its Schedule I classification. Hopefully, other plant medicines and fungi will follow.

DRUGS
MAGIC MUSHROOMS
PROHIBITION
GOVERNMENT
MORE...
A.J. Herrington
FOLLOW
A.J. Herrington is a freelance writer focusing on cannabis news, business, and culture and has written for publications including High Times, Sensi, and HEMP. When he's not banging away at the keyboard, you'll probably find him tending to his plants in the garden.
Share this article with your friends!
AD
By using our site you agree to our use of cookies to deliver a better experience.
Accept
Decline
MORE FROM MERRY JANE