CULTURE
Welcome to MERRY Jane's Sex Week 2018: A Letter From the Editor
AD
A stimulating week-long content package covering the intersection of weed and sex.
Published on December 10, 2018

Cannabis culture has been appropriating the aesthetics of pornography since long before the mainstream embrace of the plant we see today. A quick Google Image search for High Times Magazine covers brings up a seemingly infinite number of semi-nude women wearing green string bikini tops and gripping girthy bongs, posing next to headlines that say “Sex On Pot: Tantric Sex Secrets Revealed” or “Buds & Babes in Jamaica.” In fact, High Times has featured heavily porn-inspired imagery on their covers dating as far back as the 1970’s. And it makes sense that porn and weed would go hand in hand. After all, weed is an aphrodisiac, and one of the few things all humans have in common is that we like having sex. Yet, both sex and cannabis have long been the targets of criminalization and government-sanctioned violence.

In recent years, the cannabis and sex industries have both undergone major upheavals. While cannabis is achieving newfound acceptance, legalization, and monetary success, the sex industry is still marred by a criminal justice system designed to maintain the marginalized status of sex workers.

With the cannabis industry leading the way in decriminalization efforts, it’s time to ask ourselves: What responsibility do we have to help other disenfranchised industries achieve the same legitimacy?

To make apparent the similarities between the War on Drugs, and the war on sex work, we should first ask ourselves: Why do sex and drugs as commodities threaten the status quo so severely that these things are actively criminalized, instead of just culturally devalued? 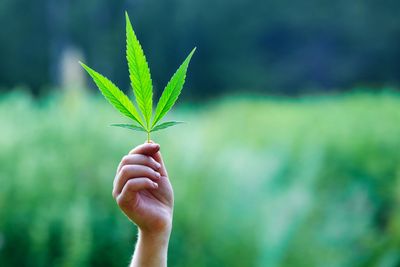 There are obviously an endless number of factors to consider here, but the main one I want to highlight is that selling sex and selling drugs are both powerfully viable ways to earn a living while rejecting traditional American values entirely.

If you’re a human living under capitalism, you’ve been told since day-one that in order to be ‘successful,’ your future will have to involve waged labor. The vast majority of Americans (myself included) can hardly imagine a world in which their food, clothing, shelter, and overall well-being isn’t inextricably tied to how happy they make their boss. You are only allowed to live a dignified life if you can thrive at waged work. That isn’t just a symptom of capitalism, it’s a feature.

So, why is the go-to argument against sex work that it’s “exploitative,” when it’s blatantly obvious that all waged work under capitalism is, by definition, exploitative? Some people argue that sex work is worse than other types of physical labor because sex workers are being ‘coerced’ (with money) to do something that could potentially harm their body and/or mind. By that logic, getting paid to work as a Firefighter should also be illegal.

Sex work is only transgressive because it makes the exploitative nature of all work impossible to ignore. The reality is that independent sex work is only ‘taboo’ because it’s a powerful way to escape a system that’s designed to keep workers on the margins.

Those of us who work in cannabis like to think that our industry is inherently better, and more inclusive than other industries. In many senses, that’s true, but it also feels necessary to point out that a lack of malicious intent is not enough to create a morally sound industry going forward. The violation of the dignity of employees pretty much always comes from unchecked power amongst leadership. Without constantly and loudly pushing our industry leaders in the right direction, we will never be the inclusive and progressive industry that we all want it to be.

Just as it feels necessary for me to point out the potential for corruption in my own industry, it also feels necessary for me say that I don’t take my job for granted. There are many, many positive aspects of working in this industry, and I’m not just talking about the free weed. It’s very rare for mainstream publications to frame sex work as anything but a “crime,” and sex workers are almost never given a mainstream platform to voice their own experiences. I’m grateful to work for a publication that not only allows me to publish writing by and about sex workers, but encourages it. 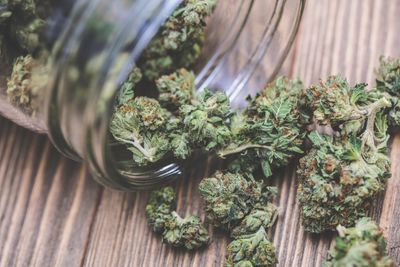 So, without further ado, I present to you: MERRY JANE’s Sex Week 2018. A stimulating week-long content package covering the intersection of weed and sex.

Whether you’re here because you want to see Janice Griffith roll a blunt naked (don’t we all?), or because you want to read Conner Habib’s take on socialism as it relates to sex work: we have something for everyone. (Unless you’re under 18, in which case, I’m sorry, but please leave.)

Shout out to everyone who helped make this week possible, including, but not limited to: our editor Zach Sokol, our designer Anthony Young, our producers Tara Aquino and Mike Viney, the lovely Janice Griffith, and all of our talented freelancers.

And remember: eating ass is the only ethical consumption under capitalism.

420
SEX AND ROMANCE
CULTURE
LEGALIZATION
MORE...
Mira Gonzalez
FOLLOW
Mira Gonzalez [b. 1992] is a writer and illustrator from Los Angeles, California. She is the author of 2 word books and 1 picture book. One time she was a finalist for an award, but then she lost to the dead guy who wrote Lord of the Rings. She tweets: www.twitter.com/miragonz
Share this article with your friends!
AD
By using our site you agree to our use of cookies to deliver a better experience.
Accept
Decline
MORE FROM MERRY JANE