CULTURE
Weed & Westeros: What Pot Strains Match the Best “Game of Thrones” Characters?
AD
PoT meets GoT: In the battle between ice and fire, there is sure to be smoke...
Published on May 6, 2019

With Game of Thrones set to air its final two episodes, now is the ideal time to reflect and think about the significant questions the show has presented. In particular, “What strains are most fitting for some of my favorite characters and houses?” Unlike the residents of the House of Black and White, we’re naming names and providing some answers.

We analyzed each of these beloved characters and houses for their traits, ranging from the physical to the personal. In some cases, we delved into their experiences throughout the show to inform the pot picks, while other matches were included due to aesthetic symbiosis. Overall, think of it like The Seven. In some instances, we turned to The Mother for answers; other times The Warrior, Crone, or others. The Stranger, however, offered some weird insights...

Spoiler warning: While we aimed to keep the spoilers to a minimum, be advised that it is best to read this after catching up to the fourth episode of the final season. 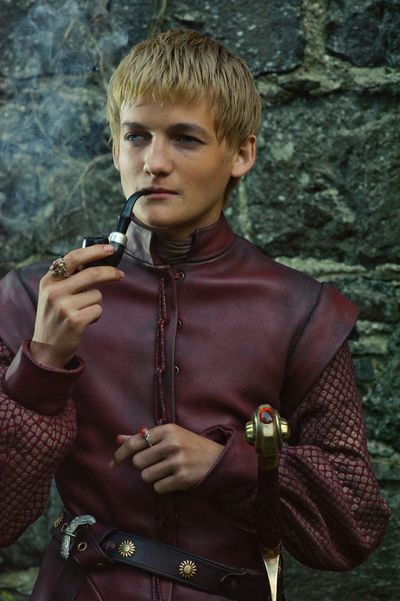 Sure, you could go with a ‘Fire’ strain here, but why use just the fire when you can have the whole dragon? Plus, if it weren’t for a flying dragon or three, some of Dany’s earlier adventures on the show would have been painfully boring. Remember the episodes when she led the Dothraki through the desert with baby dragons that couldn’t fly? That season was rough.

With Flying Dragon, this half-indica, half-sativa is often credited with easing symptoms from conditions such as anxiety and upset stomachs. After years of warring, fending off terrible husbands, and fighting the army of the undead, Dany could benefit from Flying Dragon. Also, Flying Dragon really is apt after watching the fourth episode of the latest season...

For much of Game of Thrones, the people of Westeros saw Jon Snow as precisely what this strain lays out: a bastard in the white snow of the North. Jon's presence haunted the family, especially Lady Catelyn Stark, until he left for the Wall to join the Night’s Watch, starting his journey to becoming one of the most pivotal figures in the future of Westeros (and, possibly, the entire GoT world).

Unlike Jon, though, most people seem to like White Bastard, so they have their differences.

Some of White Bastard's more notable effects are its powerful potency and calming qualities. While he often isn't in situations where he can be calm, the clearly-powerful Jon acts quiet and subdued whenever possible. Then again, maybe Jon doesn’t have so much in common with ‘Bastard’ strains after all…

Unless “Your Family Will Die” is a strain we missed while compiling this list, Trainwreck may be the most fitting strain out there for House Stark. We considered giving each Stark their own pick, but, in the end, every Stark journey includes a Trainwreck or two — or more. Lord knows that there is no family in need of anxiety relief more than one that’s been at constant war while harboring some high-level paternity drama.

Trainwreck wouldn’t solve the Starks’ problems, but at least it’d likely help relieve the tensions their minds and bodies have gone through. Trainwreck is credited with easing symptoms of several mental health conditions, including PTSD.

The joyous effects of Acapulco Gold are far from the typical disposition of the Lannisters, save for the occasional happy moments from Jamie and Tyrion. However, like Acapulco Gold, the Lannisters are one of the Seven Kingdom’s most highly-regarded names. Both hail from beautiful regions of their worlds, both represent literal gold standards. Even the hairs on both heads shine bright, especially when Acapulco Gold's orange and gold hairs prominently stand out.

The Lannisters and Acapulco Gold also share another unfortunate connection: both seem to be fading as the world evolves. For the landrace strain, indoor grows have made it harder to find Acapulco Gold. Though, it isn’t as hard as finding gold underneath Casterly Rock.

Some have said that Ghost OG can be highly potent without making much of disruption to the consumer’s day. The strain will get you baked for sure, but you’ll be able to keep functioning. Due to CGI budgets, Ghost has also failed to make much of a disruption on camera in recent seasons, though he was highly potent in past seasons of the show. Here's to hoping Ghost can be as hard-hitting and effective in the final battles as this strain can be, though he may have already been ghosted by his Stark.

The Night King and the Army of the Undead: Blue Widow

Blue Widow is apt for the Night King and his entire undead army. Chilled blue hues are prominent in the varied shades of the army and the Night King's generals, much like the blue hairs found in this strain. We also know how many widows have come from interactions with the Night King...

While it may not seem apparent right away, the Night King has plenty in common with the uplifting, calm effects Blue Widow is known for producing. Though he looks like he has an icicle up his butt, the guy has been in a better mood since he resurrected a dragon.

Loyalty may be one of the most fitting words to describe the noble Brienne. However, two of the more common effects of consuming Loyalty (the strain) are feelings Brienne has experienced little of during the show: euphoria and relaxation.

That said, Brienne is focused, a trait Loyalty is known to enhance. Yes, she is hyper-focused and committed to keeping her oaths no matter what. That remains true even in spite of her own physical and mental health demands — all symptoms Loyalty has been credited with easing in some consumers.

Sure, a ‘red’-centric strain would do well for him, but everything about the name Alaskan Thunder Fuck screams Tormund Giantsbane. The strong Wildling is able to stand up to the harsh winters of the land beyond the Wall with ease, possibly due to his brief time as a foster child to a giant.

Whatever the cause, he knows how to pack a punch, just as ATF’s THC potency is known to do. Both are strong and stand out as some of the larger buds in the bunch. In short, ATF is like Tormund — it towers above most other flowers, making them look like the short Jon Snow in the process.

With two episodes left, be sure to stock up on your favorites strains for the conclusion of Game of Thrones. We here at MERRY JANE are pacifists, so, if you'll excuse us, we'll be off to Highgarden to take it all in from a safe distance. Valar morghulis.

420
TELEVISION
STRAINS
HUMOR
MORE...
Andrew Ward
FOLLOW
Andrew Ward is a Brooklyn, NY-based freelance writer. He is the author of "Cannabis Jobs" (out October 2019). His work can be found at https://iamandrewward.contently.com.
Share this article with your friends!
AD
By using our site you agree to our use of cookies to deliver a better experience.
Accept
Decline
MORE FROM MERRY JANE