CULTURE
Weed 101: What Does Good Weed Smell Like?
AD
Seasoned cannabis smokers can distinguish quality buds from garbage schwag. How can you train your nose to tell the difference?
Published on December 9, 2019

Cannabis critics describe fantastic weed with terms taken straight out of a culinary thesaurus. “Notes of dark berries,” “chocolatey undertones,” and “hints of Indian spices” are just a few phrases you’ll see thrown around when illustrating what quality bud smells like.

But what if you’re new to the ganja game, and your nose hasn’t been trained to sniff out the top-shelf stuff from bottom-of-the-barrel dirt weed? We got a quick crash course in cannabis aromas for you right here.

Keep in mind that when I write “quality," I mean cannabis that’s been properly grown, flushed, trimmed, and cured. Potency is irrelevant in this breakdown. Before we begin, however, it helps to first highlight what bad weed smells like. 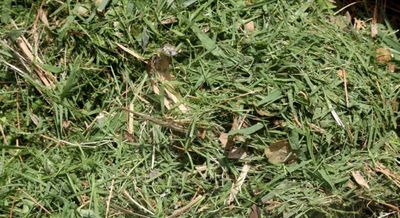 If your bottle or baggie of buds smells like you just got done mowing the lawn, you’ve got some low quality weed on your hands. Processors who properly cure their buds will have “burped” out all the gases released by the breakdown of chlorophyll, the cells in all plants that make them green. If you’re smelling freshly cut grass in your, er, grass, then that’s because it wasn’t cured all the way (if cured at all), hence the thick chlorophyll scent. 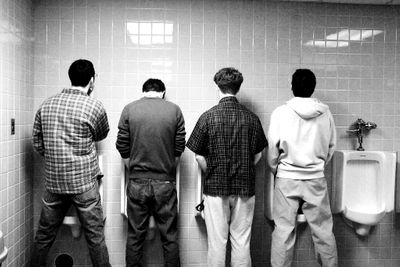 OK, we shouldn’t have to tell you to never smoke anything that smells like piss, but if your weed smells like an athlete’s drawers or the inside of a gas station’s urinal, you’re probably dealing with moldy or mildewy buds.

Mold and mildew are issues with modern cannabis cultivations, due to the non-stop demand for new products and lack of sufficient airflow in many indoor grows. Overly moist conditions often lead to spoiled weed, too.

Although moldy weed can be spotted by the naked eye, being able to see physical traces of mold or mildew isn’t always a sure-fire test. That’s due to mold and mildew reproducing through spores, and your nugs can be infected without ever sprouting the tell-tale white moldy fuzz. So give your weed an extra whiff for good measure, and if it smells dank in all the wrong ways... you might want to complain to your supplier. 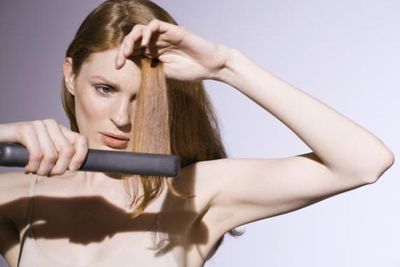 Smelling burnt hair before or after you've blazed your bud could be a sign that there are excess chemical residues on or in the flower. Although a recent report claimed that weed smokers couldn’t tell the difference between properly flushed nugs and nugs that were never flushed (in fact, they seemed to prefer the non-flushed weed, oddly enough), it’s possible you’re smelling weird shit because a cultivator went overboard with the growth nutrients.

It’s also possible that there’s actual hair (human or animal) in your weed, especially if you bought it from some shady back-alley dealer. 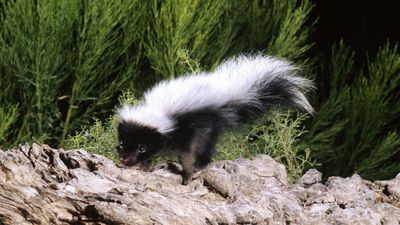 While we rarely associate the smell of a passing skunk with anything positive, it’s always a good thing when it comes to weed. So-called “skunk weed" gets its characteristic scent from compounds called thiols, which contain sulfur, the chemical that makes match heads smell gassy. 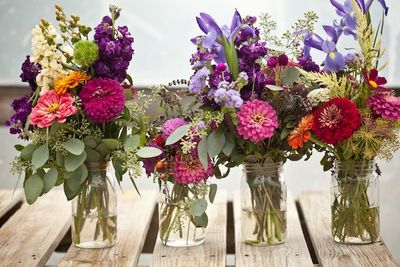 Terpenes in weed are responsible for most of the scents you’ll notice in your weed. Many terpenes that are found in fruits such as lemons, strawberries, and blueberries pop up in cannabis, too, which is why some strains smell like oranges while others carry hints of banana peels.

Other terpenes give weed its spicy notes, with scents reminiscent of black peppercorns, cloves, or even cinnamon. 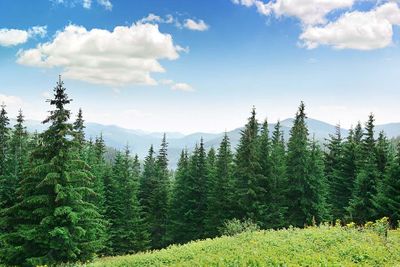 Next to skunk, the smell of pine is probably the biggest indicator that you’ve got quality flower in front of your face. Weed's pine scent comes from a terpene called pinene, and yes, it’s the same terpene found in pine needles and pine sap.

How to Best Smell Good Weed

Alright, so now that you know what you’re looking for (and not lookin for), how should you approach the physical act of smelling your weed?

If you’re smelling live weed plants, just run your fingertips over the flowers. No need to squeeze. The terps should transfer directly to your skin. But again, as with squeezing the buds, ask before trying this method, since touching live plants can introduce them to molds, mildews, and pests.

If you’re trying to subject some dispensary weed to a smell test, there’s a good chance they won’t let you touch the buds. That’s due to health reasons and because too many asshats will steal weed this way. If you can, cup your hands over the container to trap in the smells, then breathe in. If you can’t touch the container, simply wave your hand over the top, so whatever scents are wafting off will fly into your nose.

Even the most novice cannabis consumer will eventually be able to tell good weed apart from bad weed just by smell alone. It takes a little time and a lot of patience, so give yourself room to breathe (and learn) as you train your ole factory to detect what quality cannabis smell like. Soon enough, the nose will know!

420
STRAINS
EDUCATION
CULTURE
MORE...
Randy Robinson
FOLLOW
Based in Denver, Randy studied cannabinoid science while getting a degree in molecular biology at the University of Colorado. When not writing about cannabis, science, politics, or LGBT issues, they can be found exploring nature somewhere in the Rocky Mountains. Catch Randy on Twitter and Instagram @randieseljay
Share this article with your friends!
AD
By using our site you agree to our use of cookies to deliver a better experience.
Accept
Decline
MORE FROM MERRY JANE