CULTURE
Want to Work in Weed? 2020 Will See Massive Job Growth in the Legal Industry
AD
Now is the time to apply, if you want a job in the ever-expanding cannabis industry. According to recent data, the legal market is expected to create thousands of fresh employment opportunities across the country throughout the new year and beyond.
Published on January 13, 2020

We’ve come a long way since the start of the last decade. Who knew that we’d be here, now, living in a country where weed is legal (in some capacity) in a majority of states. Heading into 2020, the sea of green is hitting regions in the Midwest, areas of the South, and the East Coast, so it’s likely we’ll see a number of these locales lift their bans on weed in the coming years.

And why wouldn’t they? The opportunities associated with legalization, particularly economic growth, make it hard to resist. In 2019, legal weed sales are expected to cap at $13 billion, according to figures from New Frontier Data, a 32 percent increase from the previous year.

But economic growth means more than just revenue — it also means jobs. Data recently released from Vangst, a cannabis industry hiring platform, shows that the cannabis industry is becoming one of the most dominant employers in states with recreational weed sales. In its recently-published 2019 Cannabis Industry Salary Guide, Vangst reveals that total job opportunities in the field grew 79 percent from 2018 to 2019. Looking ahead, the report estimates that the cannabis industry will create 414,000 new jobs in the US by 2021.

In fact, companies are hiring for a variety of positions that come with a range of salaries, according to Karson Humiston, the CEO and founder of Vangst. The most popular jobs were in operations, sales, marketing, cultivation, and administrative positions. 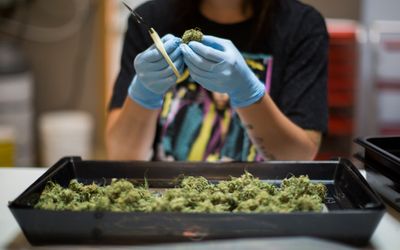 “We found staple positions like cultivation technicians, budtenders, and packagers are still in high demand,” Humiston told MERRY JANE in an interview. “We noticed an increase in sales reps, delivery drivers, and administrative roles this year, as well. There will always be a demand for the plant-touching roles in the business, but we’re excited to see more companies expand their hiring needs to ancillary roles this year.”

The report looks at a range of pay-rates for various jobs in the industry’s cultivation, lab and extraction, manufacturing, and retail sectors. In cultivation, trimmers start at about $11.40 an hour at the low end and make up to around $120,000 annually for a director of cultivation. On the extraction side, the range is between $50,000 to $120,000 per year. In manufacturing, packagers start at about $12.40 an hour, while a vice president of extraction can earn almost $170,000. In retail, budtenders start as low as $12.50 per hour and can make up to $150,000 per year for VP of retail.

The data from Vangst also shows that more employers in the cannabis industry are offering benefits to their workers, and the quality of those benefit packages are improving, with perks such as vision and dental insurance becoming more common. 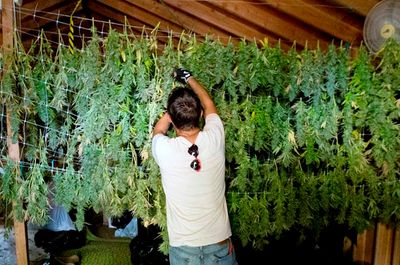 “As the cannabis industry experiences massive growth, professionals from all walks of life are taking note of the unique opportunities our industry offers,” Humiston wrote in a press release. “If cannabis companies want to attract top talent, they need to put together competitive compensation packages that extend beyond just being on par with pay.”

But, newly legal jurisdictions mean even more growth for the cannabis industry. In Illinois, where legal weed sales launched on Jan. 1, dozens of retailers are licensed for adult-use sales, although product shortages forced many shops to temporarily close within the first week of opening. At the end of last year, the state’s medical cannabis industry employed approximately 5,800. With recreational pot now legal, that number is expected to double each of the next two years, surpassing 29,000 jobs by 2021, according to New Frontier Data.

“There’s a lot of excitement surrounding Illinois, although, like other adult-use states, it will take some time for the new industry to mature,” Humiston said. “It’s a great start, but more locations will need to follow to keep up with the demand. However, municipalities can choose to prohibit adult-use cannabis, and many have chosen to do so until they see the effect it has on their neighboring cities.” 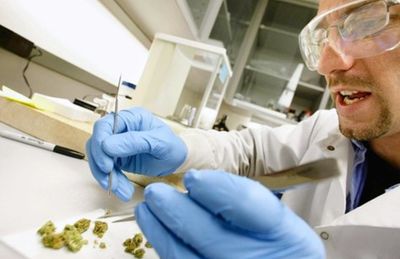 But, even with the explosive growth in employment, Jared Helfant, the president of Sparx Cannabis in Monterey County, California, believes that the legal cannabis industry would employ even more people if not for the state’s high taxes and strict regulations.

"In the last few months, a lot of big companies actually laid off a lot of people and have decreased their sales force — a lot of big distributors and cultivators — mostly because of the taxes and the booming black market," said Helfant, referring to Flow Kana, Pax Labs, and Eaze’s most recent layoffs.

Without the burden of high taxes and fees paid by licensed cannabis businesses, unlicensed operators are able to undercut the legal market.

"The high California taxes are driving a black market and actually hurting and decreasing jobs in the California cannabis industry," said Helfant, who doesn't anticipate any layoffs at Sparx. But he also said they are “looking into more automated ways of packaging and trimming in order to be as lean as possible," which translates to fewer new jobs in the future.

Humiston of Vangst says that the layoffs in California and Canadian cannabis firms are serving as a wake-up call for the industry, although she doesn’t believe that it will become a trend.

“While this wasn’t an industry-wide issue, it certainly grabbed the attention of the industry, as a handful of well-known companies went through rounds of layoffs,” she said. “Over-evaluations and falsely projected growth caused some to scale too quickly and unsustainably. Unfortunately, this led to layoffs. Cannabis sales are continually rising, so it wasn’t an industry-wide issue, rather an issue for a handful.”

Humiston believes that the financial woes of a few companies have been an example for other operators in the cannabis industry.

“With the handful of layoffs in 2019, cannabis businesses are taking a more strategic approach to growth in 2020. Instead of rapidly scaling to meet the expectations of investors or growing in hopes of future potential, companies are now focusing on immediately hiring needs and profitability,” she said. “Of course, this doesn’t apply to everyone in the industry, but the 2019 layoffs served as a lesson to canna-businesses and investors that growth must be both strategic and feasible.”

Joshua Caruso, the co-founder of the San Diego Cannabis Farmers Market event, is organizing an industry job fair in California’s second-largest city on January 25. He’s expecting 25 companies to be on hand to recruit potential employees, and at least 1,500 prospective candidates attending who are interested in finding a position in the industry. Caruso has faith in the long-term growth of the world’s largest legal cannabis market, despite the recent hiccups.

“The dust is still settling in the legal cannabis space here in California, and the only thing consistent in this job market is the inconsistency,” Caruso said. “This California cannabis industry is still in its infancy stage, and that naturally comes with growing pains across the board. There are plenty of new jobs popping up,” he said, although he wonders if the state’s job growth in 2020 will make up for the losses last year.

But long-term growth appears to be assured. With the legal cannabis industry in the US expected to top $80 billion per year by 2030, the industry’s job market — which already employs between 200,000 and 300,000 people, according to ZipRecruiter — is expected to maintain its upward trajectory throughout the new decade.

LEGALIZATION
DISPENSARIES
CULTURE
JOBS
MORE...
A.J. Herrington
FOLLOW
A.J. Herrington is a freelance writer focusing on cannabis news, business, and culture and has written for publications including High Times, Sensi, and HEMP. When he's not banging away at the keyboard, you'll probably find him tending to his plants in the garden.
Share this article with your friends!
AD
By using our site you agree to our use of cookies to deliver a better experience.
Accept
Decline
MORE FROM MERRY JANE