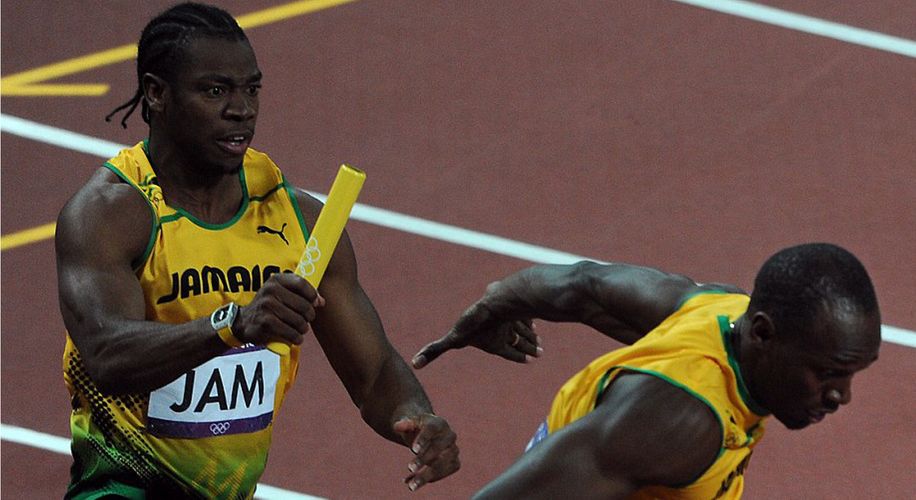 Arguably the greatest sprinter in Olympic history, Usain Bolt of Jamaica, had to return one of the gold medals he earned at the 2008 Olympic Games along with teammates Asafa Powell, Michael Frater and Nesta Carter.

The punishment became necessary because Carter tested positive for methylhexaneamine once his sample from the 2008 games was analayzed again in 2016. The International Olympic Committee made the announcement on Wednesday that the Jamaican team had been disqualified from the 2008 4x100 relay and all four men would have to return their gold medals from the event. The Jamaican team not only won gold in the 2008 4x100m relay, but also did so in world record time.

In his Olympic career, Bolt has won all three sprint events—100m, 200m, 4x100m relay—at the 2008, 2012 and 2016 games, giving him what is known as a “triple triple,” the first of its kind in Olympic track competition. Bolt's Olympic career in the finals of sprint events was a perfect nine gold medals in nine attempts.

Currently, Bolt also owns the world record for the 100 and 200m events, setting both at the 2009 IAAF World Championships in Athletics.

Sadly, Bolt's spot at the top of the Olympic track gold medal winners is now gone thanks entirely to someone else’s choices. With Bolt now second all-time, Carl Lewis (U.S.) and Paavo Nurmi (Finland) are the only athletes with nine Olympic gold medals in track to their names.

Last summer when the possibility of having to give back the medal first became a possibility, Bolt commented that it would be “heartbreaking.” That hypothetical heartbreak is now very real.

But never fear, Usain Bolt fans. Track's Olympic 21st century hero may have retired following last year's Olympics, but this latest development may have the potential to bring him back and return his Olympic legacy to its rightful place.