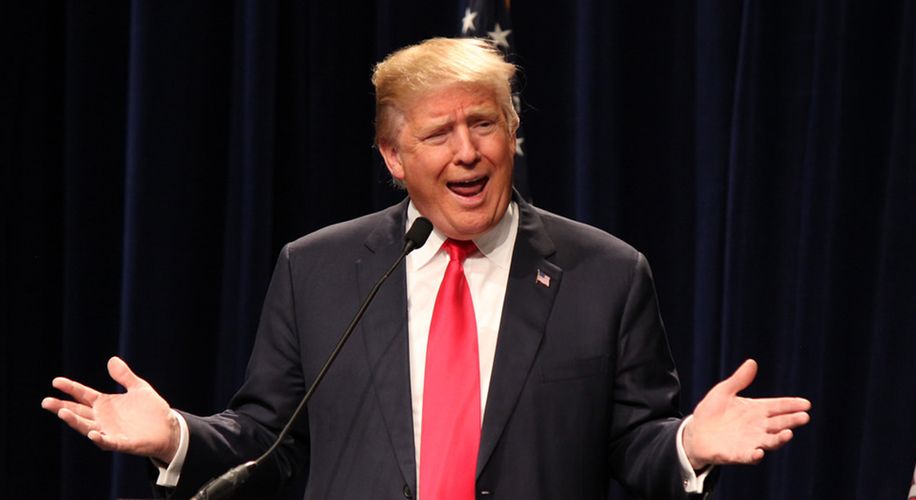 Every time a new scandal emerges, the Commander-in-Chief attempts a sleight-of-hand to distract the public.

Every time a new scandal emerges, the Commander-in-Chief attempts a sleight-of-hand to distract the public.

Donald Trump’s love for deflection is nothing new. It goes hand in hand with his disdain for straight answers and facts of all kinds, and has been present since his campaign was announced in 2016. In November of last year, the BBC noted that “Mr Trump's history presented a possible public-relations disaster even before he decided to run. Further scandals then emerged during the race. But Mr. Trump and his team often seemed to absorb the blows by simply changing the conversation.”

This past week, we’ve seen this effective campaign tactic put to impressive use by the White House. When Jeff Sessions and Jared Kushner were revealed to have had regular contact with Russian officials, Trump was backed into a corner. His son-in-law, likely a proxy for Trump himself, and his attorney general—who has been revealed to have perjured himself during his confirmation—were caught in a scandal that the press immediately began calling Trump’s Watergate. Perhaps because this word had flashed across his Twitter feed and Fox News enough for him to notice, Trump decided to deflect rather than punch back. This rhetorical Aikido led him to grab his own Watergate moment and jerk it around like a poor world leader getting a power handshake from the Don.

To distract the public from his own camp's fuck-ups, Trump claimed President Obama had possibly “wiretapped” Trump Tower. Trump’s decision to use the more obsolete word “wiretapped” rather than the more common “bugged” or “tapped” echoes Watergate even further. The intent is obvious: Trump doesn’t want anyone focused on his own crippling scandal, so he’s trying to manufacture a Watergate for someone else. Why he chose President Obama rather than someone currently active in the Democratic party opposing him is anybody’s guess. My own is that President Obama is simply a target that Trump fans can still get behind, unwilling to forgive or forget the fact that a black man had presumed to be their president. Is there an easier target for political venting than a Kenyan Mooslim Communist who had higher approval ratings as Commander-in-Chief? In Trump’s mind, no.

When President Obama came forward to make a denial that only the most warped Trump supporters deemed necessary, Press Secretary Sean Spicer tried to walk back Trump’s tweet about the bugging, which stated that it had definitely happened, that it was “sick” and “McCarthyism.” According to Spicer, the Tweeter-in-Chief was simply encouraging the possibility of wiretapping to be considered. But by then, the damage had been done. Obama, the old foe, had shown his ugly head, and the propaganda machine was running at full speed.

Almost immediately, as had happened with the half-reading of a Fox News crawl that led him to bemoan an attack in Sweden that never happened, it was revealed that hours before his tweet, a Breitbart story appeared detailing radio talk show host Mark Levin's theory that Obama had attempted a “silent coup” against Trump. It gets more obvious every day why Trump thinks he doesn’t need briefings—he’ll believe anything neo-nazis tell him. And then he'll distract the public with yet another sleight-of-hand when it all blows up in his face.