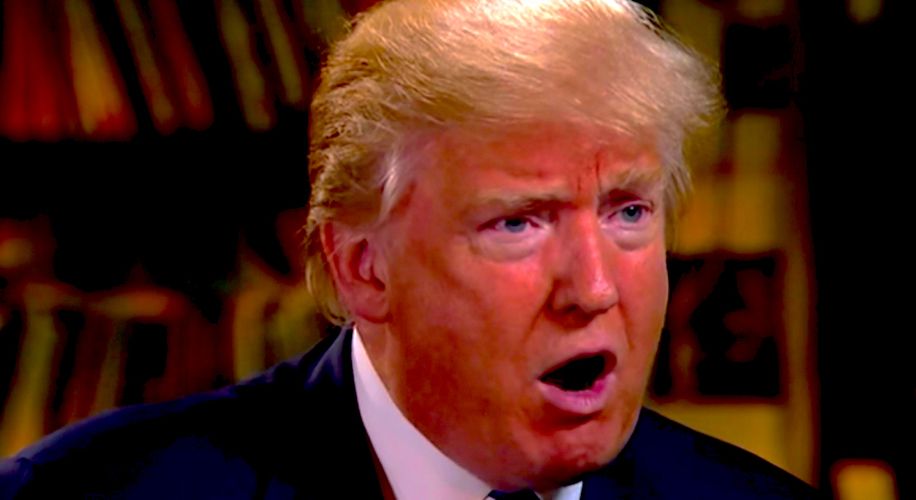 Trump Is Psychologically Unfit for Office, and There’s a Constitutional Solution

It’s becoming clearer by the day that the President isn’t just bad at doing his job, he’s incapable. That’s why we have the 25th Amendment.

It’s becoming clearer by the day that the President isn’t just bad at doing his job, he’s incapable. That’s why we have the 25th Amendment.

“Whenever the Vice President and a majority of either the principal officers of the executive departments or of such other body as Congress may by law provide, transmit to the President pro tempore of the Senate and the Speaker of the House of Representatives their written declaration that the President is unable to discharge the powers and duties of his office, the Vice President shall immediately assume the powers and duties of the office as Acting President.” — Constitution of the U.S., 1789, rev. 1992. Amendment XXV, Section 4

In Season 2 episode 5 of the FX series Fargo — set in 1979 — one of the main characters, Minnesota State Trooper Lou Solverson, is assigned to the protective detail of presidential candidate Ronald Reagan, played to perfection by Bruce Campbell. Toward the end of the episode, Solverson is in the men’s room when Reagan sidles up to the next urinal next to him and begins communicating in that supposedly great way he had. Asking where Solverson had served, Reagan almost immediately jumps into an incoherent, babbling story about the film Operation Eagle’s Nest, relaying his experience as though he actually had been at war with the Nazis. Losing steam at the end, Campbell’s Reagan flashes the slightest hint of confusion and panic into his eyes before saying he can’t remember how the picture ended, but it was a fine film.

This scene is important as more than just an example of good TV: It’s a subtle prodding by writers Matt Wolpert and Ben Nedivi. They’re reminding us that the greatest figurehead of modern conservatism was slipping, “even as early as his first term,” as Christopher Hitchens predicted in Hitch-22 would some day likely be revealed. When Reagan is cooing reassuring noises at Solverson, it’s clear that he’s doing just that: making noises. When he gives his “City on a Hill” speech at the beginning of the episode, he really does seem like a great communicator. By the time he delivers it again at the end of the episode, in a note for note facsimile of the first scene, it’s obvious there’s no substance — only style. Wolpert and Nedivi’s message is obvious, too: We should have seen the signs.

The 25th Amendment to the Constitution was enacted, and its fourth section included, for a reason: In the event that a president no longer has the capacity to perform his functions, he must be removed from an office of such importance. Other sections of the amendment deal with situations in which the president himself recognizes that he is unable to properly execute his office — this famously happened on The West Wing when, because his daughter had been kidnapped, President Bartlett performed the presidential equivalent of recusing himself until the crisis had passed. In both 2002 and 2007, President George W. Bush invoked Section 3 of the amendment while undergoing a colonoscopy and momentarily transferred his powers to Vice President Cheney. But with our current executive, any chance of Trump personally invoking the amendment is as about as likely as Aaron Sorkin becoming president. If anything, it'd be more realistic if Mike Pence and the rest of the Trump administration turned against the Commander-in-Chief and admitted they backed someone medically unstable. We won't hold our breath, but there hasn't been a more clear-cut time when such an amendment could be utilized for the benefit of the country.

Earlier this week, a group of dozens of Yale psychiatrists defended a letter they had written that called for Trump to be removed from office under the 25th Amendment. They wrote that he had exhibited signs of dangerous mental impairment and that he suffered from paranoia and delusions. As one psychologist told New York, "We have a ‘Duty to Warn' about a leader who is dangerous to the health and security of our patients.” In short: his lies aren’t just lies, they’re symptoms of mental illness. Trump, in other words, could very seriously believe that more people showed up to his inauguration than President Obama’s, that there was no such thing as terrorism before NATO, and that bragging about having the best TV ratings since the World Trade Center fell is an accomplishment worthy boasting about on-air.

These last two statements are taken from an interview Trump did with the Associated Press last Friday, an event that will hopefully be known as any one of exhibits A-Z in the eventual court trial. The incoherence of this interview has been heavily harped upon already, as has its reliance on bluster and untruth, as most Trump press events do. That said, the full transcript is worth reading for anyone interested in where power rests in the U.S. When one AP reporter called Trump out on matter-of-factly contradicting something he had presented as true just two minutes earlier, the most crooked president since Andrew Jackson finally sounded flabbergasted, though just for a split second.

Before he went right on blustering, he was clearly confused and scared — not unlike Fargo’s senile Reagan. If any other man in his seventies routinely disregarded reality to the extent Trump has, he would be quite rightly brought to a medical professional for a diagnosis. The fact that he is the most powerful office holder in the world should not exempt him from mental health scrutiny. Though the chances of Pence and the White House administration turning on Trump and calling for psychological intervention are slim, we shouldn’t rule it out. With everything that’s happened in Trump’s first 100 days in office, something stranger than fiction shouldn’t surprise anyone.