CULTURE
Too High? Here Are the Best Remedies for Coming Down, According to History
AD
No one likes being too high. But, since it's an issue tokers have dealt with for thousands of years, there are a number of strategies our ancestors used to come down — and most of them involve using terpenes.
Published on November 13, 2019

People have been using cannabis for thousands of years. So, it’s safe to say that (more than) a fair share of folks have found themselves in the uncomfortable position of being too high.

We all know how it goes: In the quest for the ultimate buzz, we accidentally ingest too much THC and find ourselves unable to move, or we become wracked with severe anxiety or paranoia. Thankfully, the cannabis community has always been a resilient and creative bunch because, according to antiquity, there a number of tried and true techniques for coming down when you get too high. And they've been used throughout history.

Interestingly, many of these remedies are other cannabis compounds aside from THC. In the early 21st Century, researchers discovered that cannabidiol, or CBD, is useful in regulating some of the adverse effects of THC intoxication, including a racing heartbeat, anxiety, sedation, or even a severe bout of the munchies.

There's another class of compounds found in cannabis, however. They're known as terpenes and terpenoids, and they're also an effective antidote when you're way too damn high. 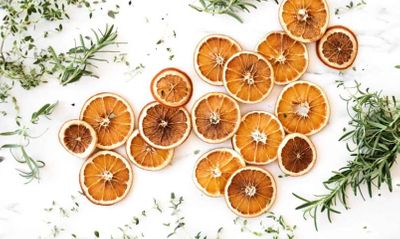 Terpenes to the Rescue

These terpenes also have other documented physiological effects of their own. Limonene, a terpene found in lemons and other citrus fruits, can have strong anxiolytic (anti-anxiety), antibacterial, and anti-fungal properties. Pinene, which gives pine trees their delicious fragrance, can help improve memory and have an anti-inflammatory effect.

Some terpenes can also have a synergistic effect with cannabinoids. Dr. Ethan Russo, a psychopharmacology researcher and board-certified neurologist, notes that myrcene, a terpene found in hops as well as cannabis, has muscle relaxing, sedating, and hypnotic properties, which can accentuate the similar effects of THC.

"If we have THC with too much myrcene, that combination is very sedating and [produces] couch-lock" side effects that are undesirable for someone who has to get things done, said Ruso in a telephone interview with MERRY JANE.

The synergy that terpenes and cannabinoids have when taken together is commonly known as the "entourage effect" (or "ensemble effect"), a notion that often implies a heightening of the desirable effects of cannabis. But the term can also refer to a reduction of the undesirable results of cannabis use.

Gallery — The Beauty of the Harvesting Process

"Synergy, to most people, would indicate a boosting of effect of the main ingredient, however, it doesn't need to be confined to that,” Russo explained. “It can also refer to attenuation or reduction of side effects. So both centers are operative depending on the mixture of terpenoids and cannabinoids."

A patient using cannabis to treat pain, for example, might choose a strain of cannabis high in pinene because of its anti-inflammatory properties. Additionally, pinene has been shown to counteract the effect that cannabis can have on memory. In other words, it can help someone who's had too much THC get their mind under control.

"[Pinene] will reduce short-term memory impairment produced by THC and allows a person to concentrate and work or study more effectively,” said Russo. “So that would be an example of a reduction of the side effects."

Using terpenes to lessen the effects of cannabis is nothing new. It's been utilized for acute THC intoxication for centuries. In "Taming THC: potential cannabis synergy and phytocannabinoid-terpenoid entourage effects,” an article published by the British Journal of Pharmacology in 2011, Russo writes that foods, herbs, and spices with terpenes that are also present in cannabis have been used as remedies for being too high throughout history. 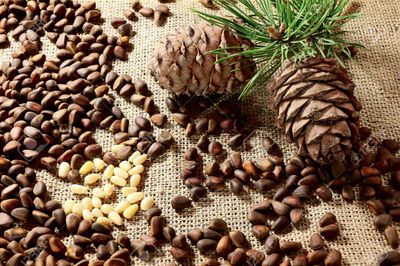 As early as the first century, Roman naturalist, philosopher, and military commander Pliny the Elder was advising on the therapeutic uses of aromatic plants including mint, writing: “The very smell of it alone recovers and refreshes our spirits, as the taste stirs up our appetite for meat.”

Pliny also had knowledge of cannabis, which he called gelotophyllis, meaning "leaves of laughter." He noted that it could be found growing in an ancient region of Central Asia north of the Hindu Kush area, as well as on the banks of a river that flows from modern-day Russia to the Black Sea in Ukraine. In Natural History, Book XXIV, he wrote that the seeds of the pine tree — which are rich in pinene and limonene — can remediate a buzz that’s gone too far.

“The gelotophyllis grows in Bactria and along the Borysthenes. If this be taken in myrrh and wine, all kinds of phantoms beset the mind, causing laughter which persists until the kernels of pine-nuts are taken with pepper and honey in palm wine.”

Russo writes in his report that the inclusion of palm wine in the recipe is mysterious because alcohol does not reduce THC intoxication. He does note, however, that ancient wines were commonly preserved with pine tar or terebinth resin, both of which contain pinene. 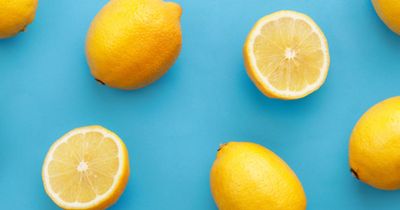 Limonene, the terpene that's prominent in the rind of lemons and other citrus fruits, also figures prominently in historical remedies for acute THC intoxication. Specifically, it's limonene’s strong anxiolytic properties that aid in reducing the anxiety of being too high.

During the 10th century, Muhammad ibn Zakariya al-Razi, a Persian physician, mathematician, philosopher, and alchemist, prescribed citrus to counteract the ill effects of consuming too much cannabis. In his nutrition treatise, Manafi al-agdhiya wa-daf madarri-ha, he writes: "... to avoid these harms (from ingestion of cannabis seeds or hashish), one should drink fresh water and ice or eat any acid fruits.”

About 900 years later, 19th-century Scottish physician and toxicologist Sir Robert Christison also recommended that lemons could be an effective remedy to clear the fog of a pot hangover.

“Next morning there was an ordinary appetite, much torpidity, great defect and shortness of memory, extreme apparent protraction of time, but no peculiarity of articulation or other effect; and these symptoms lasted until 2pm when they ceased entirely in a few minutes after taking lemonade," he wrote.

Writers of the same time also mentioned that lemons could bring someone who is too high back down to earth. Fitzhugh Ludlow, who documented his self-experimentation with large doses of cannabis in the book The Hasheesh Eater, repeated the value of lemons, as did poet and travel author Bayard Taylor after an adventure to Syria. 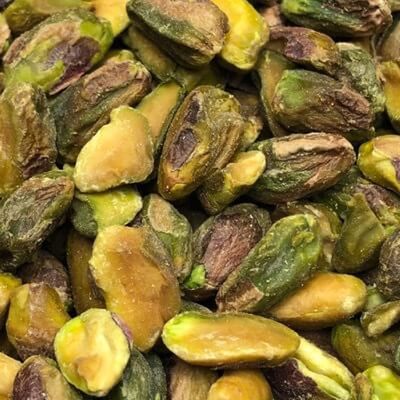 Another 10th-century Islamic scholar, Ibn Battah al-Ukbari, suggested that pistachio nuts could help reduce THC intoxication. Pistachios, from the species Pistacia vera, contain a healthy dose of pinene, which increases mental clarity. In fact, even just smelling (not ingesting) "pine" essential oil is said to help wake you up, which can help if you get too lifted.

Furthermore, another member of the pistachio family known as Pistacia terebinthus, or turpentine tree, is the source of the terebinth resin that was used to preserve wine in ancient times. 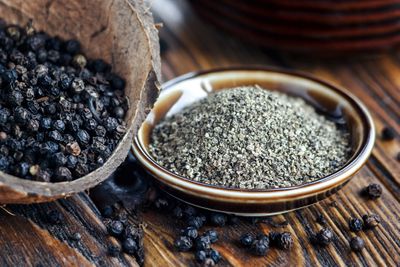 As evidenced by its inclusion in Pliny’s lemon preparation, black pepper can also be used to treat a THC overdose. Black pepper contains pinene, as well as the terpenes β-caryophyllene and myrcene, the sedative effect of which could help bring down someone who's too high. Black pepper survives to this day as a recommended remedy for the unwanted effects of consuming too much THC.

When Neil Young appeared on "The Howard Stern Show" in 2014, Stern said that it had been years since he had used cannabis because “it makes [him] paranoid.”

“Try black pepper balls if you get paranoid. Just chew two or three pieces,” Young recommended. “I just found this out myself. Try it.”

These antidotes to acute THC intoxication have been handed down through the centuries, and it's because of the terpenes within them that make them effective. Thankfully, they are common items that may already be your kitchen. But if they're not, don’t fret the next time you get too high.

While uncomfortable, ingesting too much THC is not inherently dangerous. And, as Russo notes, pharmacological intervention is rarely necessary. In fact, supportive reassurance, or "talking down," is usually sufficient for handling the over whelming, unwanted effects of THC.

CBD
THC
SAFETY
HISTORY
MORE...
IN THIS STORY
CBD
Click to shop at our CBD store
A.J. Herrington
FOLLOW
A.J. Herrington is a freelance writer focusing on cannabis news, business, and culture and has written for publications including High Times, Sensi, and HEMP. When he's not banging away at the keyboard, you'll probably find him tending to his plants in the garden.
Share this article with your friends!
AD
By using our site you agree to our use of cookies to deliver a better experience.
Accept
Decline
MORE FROM MERRY JANE