CULTURE
This Montana City Has the Most Pot Shops Per Capita in the US, But Is That a Good Thing?
AD
A system known as tethering, which forces patients to buy medical marijuana from a single provider, has played a big role in the flood of new Montana dispensaries. But are these pot shops actually functioning, and is the whole program actually a huge mess?
Published on February 3, 2020

Nestled in a valley among five separate mountain ranges in western Montana, the small city of Missoula has quite a few calling cards: the Clark Fork River snaking its way dreamily through the center of town, a vast array of hiking trails and premier ski slopes, a vibrant food scene, a cheery mountain town culture (“The world is full of bastards, the number increasing rapidly the further one gets from Missoula, Montana,” Norman Maclean wrote in A River Runs Through It).

And as of last week, the town can add another claim to its wall of fame: according to a report by the multistate dispensary chain Verilife, Missoula is home to more dispensaries (medical or adult-use) per capita than any other city in the country. (Oregon, however, takes the cake as the state with the most dispensaries per capita).

While proponents of the cannabis industry may point to this superlative statistic with pride, in reality it speaks to the state’s bizarre and impractical regulations. The medical marijuana market in Montana is driven in large part by a system known as “tethering,” which requires every medical patient in the state to enter into a monogamous relationship with a dispensary; patients can’t buy cannabis anywhere but from that single provider (although they are able to switch between among providers for ten bucks). As a result, a surplus of stores have opened to meet the demand. Now, there are 27 dispensaries in Missoula — population 74,000 — alone.

“It’s a joke,” said Emmie Purcell, owner of the local dispensary Greenhouse Farmacy, in regards to the draconian “tethering” system.

Continuing the state’s long history of tug-of-war between progress and absurd laws, tethering was overturned last May as part of a bill overhauling the medical marijuana program, and “untethering” will go into effect at an unspecified time between now and July 1st. The bill also doubled the retail tax on cannabis from 2% to 4% — that part of the law is already in effect, and will fund additional oversight of the program.

While untethering will hopefully bring stability to the state’s medical program, Montana’s troubled track record shows that its future is nothing if not uncertain, and that more problems for regulators, entrepreneurs, and consumers alike may still lie ahead. 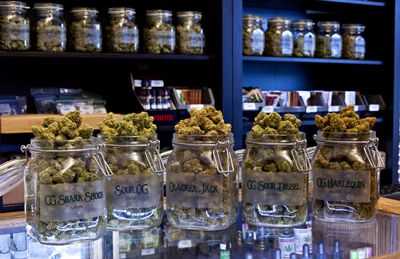 A Long and Weird History

A sense of chaos has pervaded Montana’s medical marijuana program since its inception in 2004. Initially, the market flourished, but in March 2011, more than two dozen dispensaries were hit by federal raids on trumped-up trafficking charges. No arrests were made. "The reckless and cruel disregard for the patients that count on these shops is going to cause a lot of heartache," John Masterson of Montana NORML, said at the time.

That same year, the state legislature took their reactionary prohibitionism one step further, and approved a measure that limited each dispensary to only serving three patients. Total.

The law was, unsurprisingly, fought in state courts, and didn’t take effect until 2016. But once it was implemented, the outlandish new measure pushed 93% of the state’s medical patients out of the system and back into the illicit market. Later in 2016, voters repealed the measure and effectively resuscitated a revised medical marijuana program with some semblance of practicality: there are currently thirteen qualifying conditions available — from chronic pain to Crohn’s — and cannabis is available in flower, concentrate, tincture, topical, and edible forms. Patients can legally possess up to four plants. As of last summer, there were nearly 35,000 patients registered in the state.

The dispensaries themselves are required to be vertically-integrated, meaning each dispensary must grow their own flower and manufacture their own products; much like how Colorado's market functioned in the past.

But tethering is one of the strangest features of the current law. Beyond requiring that each patient commit to only shopping at a single dispensary, it places limits on how many patients a dispensary can serve, in proportion to the amount of flower it grows. A few stores, like Spark1 and Bloom Montana, have multiple locations throughout the state; otherwise, patients are truly handcuffed to a single dispensary location, unless, of course, they’re willing to switch providers..

Purcell, at Greenhouse Farmacy, argued that tethering makes it difficult for new stores to gain traction, especially as bigger dispensaries and chains pull in a larger share of the market. “I think it’s too late to establish oneself as a viable entity unless their [products and services] are above and beyond anything Montanans have experienced,” she said.

While stores certainly compete with each other, she added that she’s quick to refer patients to her competitors — like Stokes Dispensary, just south of downtown — if she’s out of a certain product, assuming patients are willing to pay the cash to change providers.

Some stores in town try to lure new patients with specials; at Remedy, for instance, new patients get $100 in-store credit, and a loyalty program that offers 10% back on all purchases. In other words, the tethering system forces dispensaries to compete for patient loyalty. 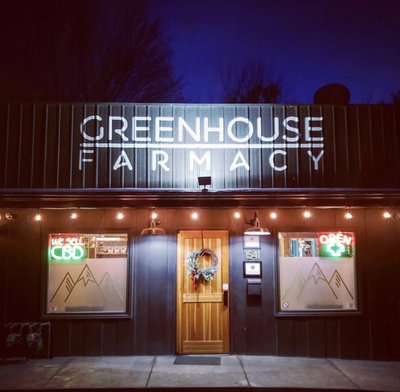 Ironically, despite the strict regulations around buying cannabis, many other regulations are staggeringly lenient in Montana. For instance, unlike neighboring Oregon, there’s no zoning law in Montana that requires a certain distance between dispensaries; in Missoula’s small downtown alone, there are seven, according to PotGuide.

Nor does the state have strict regulations around what even qualifies as a dispensary. While Verilife’s data set only utilizes brick and mortar dispensaries, the Montana Department of Public Health and Human Services website lists nearly an additional 20 stores; some are private residences — which can’t be effectively monitored for compliance — and at least one doesn’t even list an address. “I know of a lot of quote unquote dispensaries that will rent a suite in a business office complex, no description outside,” said Purcell. “The only people who know what it is are the people who are tethered to that provider.”

“The economy here is in the toilet,” she added. “You can rent a $200 office space and call yourself a dispensary. I’d do that, too.”

When reached for comment, the office of Missoula’s mayor, John Engen, stressed that questions surrounding cannabis regulations fall on the state.

Big Changes Are Hopefully on the Horizon

Confusion has already risen among patients who think that untethering has already gone into effect. Purcell recalled one individual who recently drove two and a half hours to Greenhouse Farmacy, expecting to be able to buy medicine. With tethering still in effect, she had to send him away empty-handed.

“This is why untethering needs to happen yesterday,” she said.

When untethering does go into effect, it will likely turn the whole system on its head, and could result in a winnowing of stores as customers are able to take their money wherever they want.

“It’s going to boil down to location, hours, and customer service,” added Purcell, who recently took out a lease on a second grow site in preparation for the potential flood of new business.

Considering its manic history of cannabis legislation, it’s safe to say that a stable future for Montana’s medical marijuana industry is anything but certain. And frankly, if you’re looking for evidence that the cannabis industry would benefit from practical and thorough federal regulation, look no further than Montana. Its impractical system is a poignant reminder that all Americans deserve access not just to medical cannabis, but reliable access, as well.

That sort of stability is much more valuable than one wild statistic; after all, who cares how many dispensaries are located in one city when they're barely able to do what they're supposed to: provide medicine to patients.

DISPENSARIES
MEDICAL MARIJUANA
INDUSTRY
FEATURE
MORE...
Max Savage Levenson
FOLLOW
Max Savage Levenson writes about pot and music. His work has appeared in Pitchfork, Bandcamp, Leafly, and NPR. He co-hosts Leafly's pop culture podcast "The Hash" with David Downs. His dream interview is Tyler the Creator.
Share this article with your friends!
AD
By using our site you agree to our use of cookies to deliver a better experience.
Accept
Decline
MORE FROM MERRY JANE