CULTURE
The Most Surreal and Eccentric Weed Products That Dropped in 2019
AD
Cannabis technology has come a long way in recent years. In 2019, we saw (and smoked out of) some truly crazy pot products. Here's a list of the strangest releases, including CBD-infused sports bras.
Published on December 23, 2019

Back in my day, weed consumption usually came in one of two forms: a joint or a bowl. Nowadays, companies are pumping so much money into developing new weed products that we’re literally sending this plant to outer space to see how it’ll grow off our planet — and potentially on newly colonized ones.

While we’ve seen (and smoked out of) some crazy cannabis products over the last few years, 2019 dropped some hella doozies on us. Below, you’ll find a short list of the ones that definitely caught our attention for being downright surreal or idiosyncratic.

To be clear: this is not a list of the best or most innovative product releases, but rather the ones that made us do a double take. As such, some of these entries may seem awfully cheeky and commercialized. But keep in mind we’ve only gotten to this point because cannabis has officially gone mainstream. As our favorite plant continues to be normalized, it’ll be shaped, infused, and packaged into just about anything a capitalist can think up. 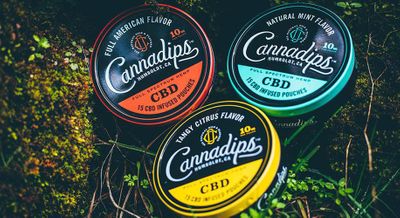 Well, howdy, pardner! Lookin’ to get right fucked up without smellin’ like the business end of a blunt? Cannadips’ weed-infused snus works just like tobacco snus, except it will get you high instead of giving you mouth cancer.

While it might seem silly to stick hemp-stitched packs of weed under your lip, a lot of folks are using cannabis to ditch cigarettes. For tobacco chewers and tobacco snus users, canna-snus may be your best bet transitioning from one kind of leaf to another. Just don’t try to smoke these; they’re loaded with water-soluble cannabinoids, which you can, theoretically, smoke. But why would you? 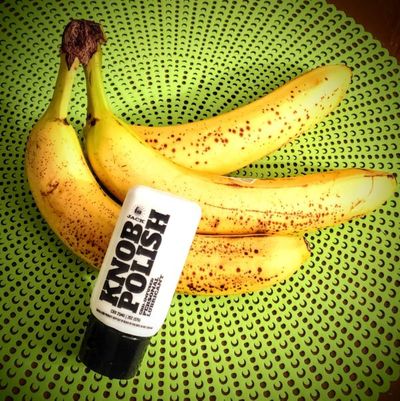 Infused lubes aren’t new, but Jack’s Knob Polish gets a mention due to its name alone. This water-based lube somehow suspends hemp oil, which is where the CBD comes from. Grease ‘er up, and get to pounding, you hound! Unfortunately, Acabada’s CBD sports bra won’t slather weed oil all over your mammary glands like Jack’s Knob Polish will. Thankfully, the Knob Polish works on pretty much any part of the body, so this bra offers an, ahem, utterly different function.

Uh, speaking of which, what is that function, exactly? Unlike some of the other CBD-infused fabric-laden products mentioned here, Acabada’s CBD sports bra contains “microencapsulated” CBD, which is a nerdy way of saying it’ll actually pass through your skin and do something in your body.

The bra is supposed to release CBD slowly over time while you’re out jogging or logging or snogging or whatever, which is helpful if, like, you weren’t born with a mouth... 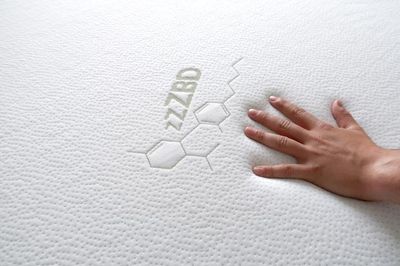 CBD-Infused Bedding: In Case You Didn’t Get Enough CBD While Awake

This year we saw two bedding products that promise to give you even more CBD than you’re already getting from all those gummies, tinctures, chewing gums, and — hey, let’s not forget —  actual, straight-up weed.

Brookstone’s CBD Oil-Infused Pillow and the ZBD Infused Mattress both claim their products’ CBD oils will soak into your skin overnight and get you all spruced up by morning. Whether their bedding actually contains transdermal carriers in the oils is another question, as neither company has been forthcoming on that.

Meanwhile, if you wanted to test out whether someone could OD from CBD, try getting frisky with a partner on a ZBD mattress fitted with Stonebrook’s cannabidiol pillows. You could even throw in some of that Knob Polish to top it all off. 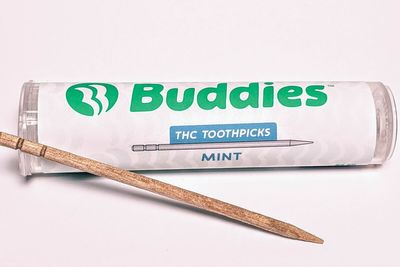 If you’re one of those tokers who just can’t get enough THC, Buddies’ THC Toothpicks might be your answer. Now, you can smoke a joint before dining, devour an entire weed-infused meal, then pick out bits from that meal with the THC toothpick before you spark up a second, post-meal joint.

The real irony of the THC toothpick is that more people have died from toothpicks than they have from THC. There was even an entire episode of House devoted to the deadly wooden dental instrument. 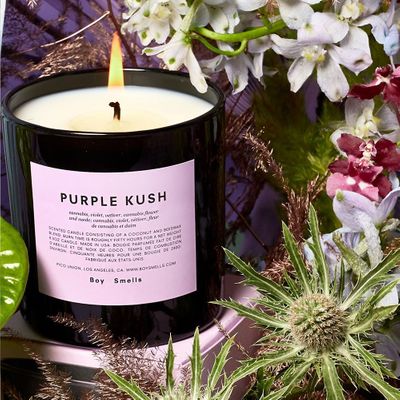 Nordstrom’s “Purple Kush” Candle: Smell Like a Joint Without Ever Burning One

Usually, cannabis consumers try to cover up the smell of weed, not fill their home with it using scented candles. But Nordstrom, the big luxury mall outlet that’s just one of many mainstream department stores to jump into the CBD craze, thinks that the dank, gassy odor of skunk weed is exactly what you want your guest den to smell like.

The Purple Kush Scented Candle is part of Nordstom’s “Boy Smells” fragrance line, which is, ironically, marketed toward women. And that’s especially odd considering weed’s world famous bouquets come from the female flowers, not the “boy” ones. 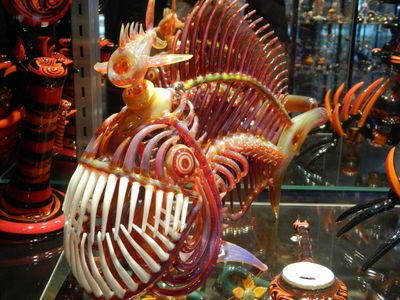 While everyone and their mom is trying to get credit for building the world’s biggest bong, Illuzion Glass in Denver keeps things classy by crafting some of the most ornate, intricate, and complex glass pieces ever birthed from the human imagination.

Don’t take my word for it. Peep the Illuzion Glass Galleries’ Instagram account for yourself to see how aesthetically wild its artists’ designs are. Some of their glass doesn’t even really qualify as pipes; they’re sculptures first that just-so-happen to come equipped with a bowl and mouthpiece.

A post shared by Illuzion Glass Galleries (@illuzionglassgalleries) on Dec 6, 2019 at 3:18pm PST

Many of these pieces go for tens of thousands of dollars, and some designs are so nuanced you probably wouldn’t want to puff out of them frequently — unless, of course, you’re willing to hire a full-time glass cleaner, which you could probably afford if you can casually pick up one of Illuzion’s higher-end pieces.

420
HUMOR
VIRAL
HOLIDAY
MORE...
IN THIS STORY
CBD
Click to shop at our CBD store
Randy Robinson
FOLLOW
Based in Denver, Randy studied cannabinoid science while getting a degree in molecular biology at the University of Colorado. When not writing about cannabis, science, politics, or LGBT issues, they can be found exploring nature somewhere in the Rocky Mountains. Catch Randy on Twitter and Instagram @randieseljay
Share this article with your friends!
AD
By using our site you agree to our use of cookies to deliver a better experience.
Accept
Decline
MORE FROM MERRY JANE