CULTURE
The MORE Act Will Drastically Benefit the US Economy, According to New Report
AD
The MORE Act could change everything about cannabis in America. Gram by Gram Agency broke down exactly what it means if the bill passes and how it'll impact the US in their latest White Paper report.
Published on September 25, 2020

Federally legalized cannabis may finally happen in our lifetimes. In fact, it may come sooner than many of us expect: The US House of Representatives was supposed to vote on the Marijuana Opportunity Reinvestment and Expungement Act, or MORE Act, on Monday, September 21, 2020. But less than a week prior, House Democrats delayed the vote until after the election. Regardless, the fact that US Congress is voting on cannabis legalization is historic. Even if it doesn’t push through the Senate, the MORE Act is a general sign that federal weed legalization is at our fingertips.

We don’t have a crystal ball, so it’s unclear what will transpire following federal legalization. But, we can make some educated guesses. A new white paper titled “The Coming Cannabis Recovery,” written and researched by Gram by Gram, a full-service creative agency specializing in cannabis and emerging markets, offers tangible insights about the impact federal cannabis legalization will have on the United States. 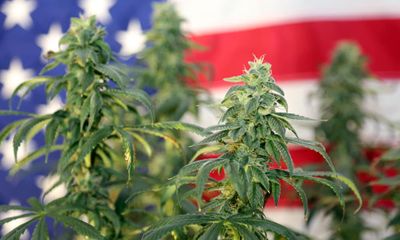 What Is the MORE Act, Exactly?
The MORE Act is designed to legalize cannabis across the US. Hemp, the type of marijuana that doesn’t get anyone high, was federally legalized by the Farm Bill in 2018. The MORE Act, however, would legalize all cannabis with more than 0.3 percent THC — you know, the heady cannabinoid we all know and love.

Best of all, the MORE Act removes cannabis from federal drug scheduling altogether. That means many of the red-tape and hurdles small businesses face, like crushing federal tax rates, would disappear overnight. Medical doctors would have the freedom to recommend medical cannabis without fear of losing their professional licenses. And scientific researchers could finally delve into the plant’s secrets without unnecessary federal interference.

Currently, the US government classifies cannabis (or “marihuana”) as a Schedule I drug, the most restrictive drug category. This means that federal law considers cannabis more dangerous than cocaine or methamphetamine — the latter two drugs are classed as Schedule II.

With cannabis removed from the Schedule I substances list, states would be free to implement their own medical or adult-use cannabis programs without fear of federal crackdowns. State governments could even choose to keep cannabis outlawed, or they could remove some restrictions while maintaining others.

How Will the MORE Act Benefit the Economy?

One of the most intriguing parts of the MORE Act is its immediate potential to spike the US economy. If cannabis were federally legalized, investments into the industry, as well as ancillary industries (soils, lighting, fertilizers, etc.) would skyrocket. Increased demand for cannabis products will surely trigger massive job growth, too.

According to Gram by Gram, legalizing cannabis nationwide could create 1.63 million new jobs by 2025. The legal cannabis industry currently employs around 250,000 Americans. 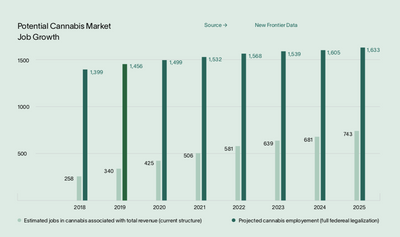 (Courtesy of Gram by Gram)

The US Bureau of Labor Statistics estimates that 13 million Americans are jobless. An additional 1.63 million quality, good-paying jobs would reduce the current unemployment figure by nearly 13 percent—which isn’t half-bad in an economy where automation and outsourcing destroy American jobs faster than it creates them.

Right now, the US is desperately in need of new jobs and financial stimulation. The COVID-19 pandemic destroyed over five years worth of US economic growth in less than five months. According to the Brookings Institute, bankruptcies are on the rise, unemployment remains incredibly high, and small businesses have, on average, lost 20 percent of their revenue.

COVID-19’s economic impact gravely affects state budgets, too. With unemployment high, Americans have less money to spend. In general, Americans are spending less due to financial uncertainties, which means state budgets are suffering due to lack of sales tax revenue. In other words, when Americans aren’t spending money, local governments suffer alongside small businesses.

Drastic cuts in public education, road maintenance, health care, and other social programs are already happening across the country. According to statistics outlined in the White Paper, states like New York and California face nearly 40-percent budget shortfalls due to COVID-19, or over a third less of the budgets they worked with in 2019. 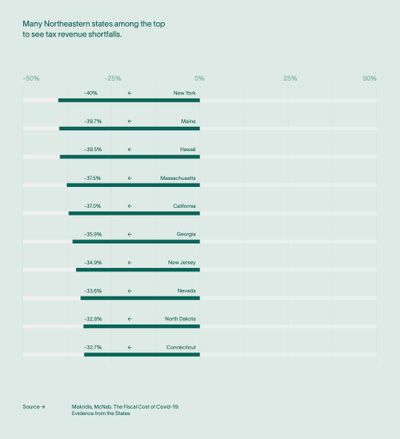 (Courtesy of Gram by Gram)

How Will the MORE Act Contribute to Social Justice?

Besides giving our economy a much-needed boost, the MORE Act will also correct many of the wrongs caused by the failed War on Drugs. Convicts serving hard time for nonviolent cannabis crimes will qualify for early release. In addition, the US government will expunge criminal records for nonviolent cannabis offenses, so, former felons will have an easier time finding jobs, housing, and affordable loans.

Former Drug War convicts, as well as those who live in neighborhoods most devastated by racist drug policies, will also get first dibs on special business loans offered by the US government. These low-interest loans will help Drug War survivors start new businesses in the nascent cannabis industry, effectively giving these folks a large slice of the proverbial pot pie.

In other words, the MORE Act will help correct the nation’s course. Although the bill will not return the countless lives lost to the Drug War, nor will it make up for convicts’ lost time, it will, at the very least, get our nation back on track so that our politicians and law enforcement can focus on much bigger problems—like corruption or climate change.

The MORE Act is the brainchild of Rep. Jerrold Nadler (D-NY) and Kamala Harris (D-CA). Harris, as you know, is currently the Democratic vice presidential candidate.

His support of the bill suggests that Republican legislators who have traditionally opposed cannabis legalization may be warming up to it. In addition to Gaetz, at least two members of the GOP—Tom McClintock (R-CA) and Don Young (R-AK)—said they’d vote for it, too. Hopefully their support inspires more GOP legislators to vote in favor of legalization, considering 53 percent of Republicans want federal legalization, according to a survey conducted by Data for Progress and Justice Collaborative Institute.

Even the most powerful Republican, President Donald Trump, said he’d sign the MORE Act into law if it’s passed by the House and the Senate. We’ll see how this election goes—and how far the MORE Act gets through Congress. 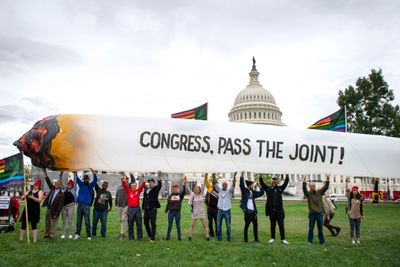 Where Do We Go From Here?

The MORE Act must pass a majority vote from the US House of Representatives, which will likely happen. Afterward, the US Senate must vote on its version of the MORE Act. If the Republican-dominated Senate approves the act, it goes to President Trump’s desk for his signature.

Given that the House floor vote has been postponed to an undisclosed date after the election, it’s not too late to write to your representatives and demand that they pass the MORE Act. Just be sure to also write to your senators and demand the same thing. Oh, and be sure to let them know that the MORE Act will not only help fix an economy wrecked by COVID-19, but it will also remedy a century of injustice against BIPOC.

Federal cannabis reform is long overdue, and it’s high time that our representatives finally execute the will of the people. Two-thirds — or 67 percent — of all Americans support cannabis legalization. The time for debate is over. Free this plant, and free our country right along with it.

LEGALIZATION
JOBS
ADULT-USE LEGALIZATION
RECREATIONAL LEGALIZATION
MORE...
MERRY JANE Staff
FOLLOW
MERRY JANE is based in Los Angeles, California and is dedicated to elevating the discussion around cannabis culture.
Share this article with your friends!
AD
By using our site you agree to our use of cookies to deliver a better experience.
Accept
Decline
MORE FROM MERRY JANE