CULTURE
"The King of Con" Opens Up About a Life of Organized Crime
AD
The infamous Tom Giacomaro told us his crime career makes "Tony Soprano look like Mickey Mouse. I make Jordan Belfort from 'Wolf of Wall Street' look like he stole a pocketbook."
Published on June 6, 2019

Tom Giacomaro grew up in a typical Italian home in New Jersey during the '50s, where mom stayed home all day and dad went to work as an accountant. He began stealing at six-years-old, and formed his own little gang of thieves at the age of 10. As a teen, he started a high school fraternity — Gamma Sigma Delta — which was really a gang in practice. The clique would steal car radios and sell drugs under the direction of Giacomaro, who acted as the outfit’s self-annointed president.

As a young adult, Giacomaro got in with mob bigwigs like Whitey Bulger and Jimmy Hoffa, serving an apprenticeship in the organized crime world while delivering payoffs to underworld legends. His true calling was in investment fraud, however. He figures nearly $3 billion went through his hands over a 30-year period. Giacomaro's fraudulent activity led to Philly mob boss Nicky Scarfo wanting him dead after a shady deal lost the mafioso money. Existing as an ancillary figure to the mob, Giacomaro was eventually busted by the feds and pled guilty to mail fraud and conspiracy. He ended up serving 12 straight years in federal prison.

And, if you ask him, it was a long time coming: "We were grandiose compared to Goodfellas," the former hustler told MERRY JANE. His career makes "Tony Soprano look like Mickey Mouse. I make Jordan Belfort from Wolf of Wall Street look like he stole a pocketbook."

Giacomaro's new book, The King of Con: How a Smooth-Talking Jersey Boy Made and Lost Billions, Baffled the FBI, Eluded the Mob, and Lived to Tell the Crooked Tale, tells his unfiltered story for the first time. With chapters like the “Making of a Criminal,” “Mobbed Up,” and “Other People’s Money,” the memoir illustrates how big business, big money, and the mob have coexisted for decades, sometimes in a symbiotic manner. MERRY JANE caught up with Giacomaro to find out if his tale is more Catch Me If You Can than Goodfellas, what it was like to rip off mobsters, how he survived the Scarfo hit, and how the con continues to exist in America today. MERRY JANE: In retrospect, is your story more Catch Me If You Can than Goodfellas?

Tom Giacomaro: It's a mix of a high-sophisticated, in-depth, detailed Catch Me If You Can corporate thievery – stock manipulation, mergers and acquisitions – along with the organized-crime flare. The industries I targeted happened to be mob-tainted: trucking, garbage, warehousing, distribution. So, the mob got dragged into it. Because of my skills, I was able to manipulate the mob [and] take over those industries, where a normal person couldn't because they didn't have those connections.

I was like a young Henry Hill in the beginning. He was a maneuverer, a shaker. He added a certain flair and ambiance to the organized crime world. His god was money. He spun whatever he had to spin for the dollar. I did the same thing, but on a much bigger scale. We were grandiose compared to Goodfellas. I make Tony Soprano look like Mickey Mouse. I make Jordan Belfort from Wolf of Wall Street look like he stole a pocketbook. He did it one time with stock manipulation, over a one-year period. I did it in the late '70s, '80s, '90s, and 2000s – for over three and a half decades. No comparison. What I did makes Wolf of Wall Street look like a pimple on an elephant's ass.

How and when did you start getting involved in crime and how quickly did your capers become much more serious?

I used to wait for my father to come home drunk after bowling on Thursday night or after cards on Friday night. He'd have $2,000-3,000 in hundreds and twenties. I'd wait until he'd go to sleep and then sneak out of my bedroom and take money out of his wallet. When I got a job at the A&P to work the cash register, my fraternity guys would come in and pull steaks, chopped meat, and all the most expensive stuff. I’d run it through the cash register, and they'd get a bill for about $2.

My guys would pull up with their cars in the back, and we'd pull all the best meat and take it down to the Paterson Markets, and sell it. It was a mini-mob. Years later, when I was a salesman in the trucking industry, I went from [thievery] to cocaine. It was the disco era in the late ‘70s and everybody was sitting around the table at Regine's and Studio 54 snorting cocaine. Not only were we snorting, but we were selling it. What evolved from small-time crime became one of the most massive drug businesses in North Jersey. 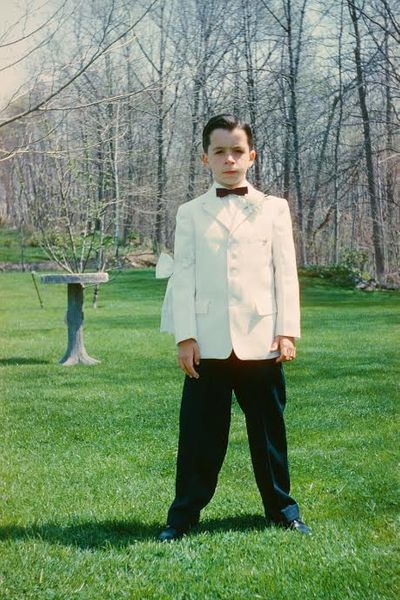 How did you get involved with Whitey Bulger and Jimmy Hoffa?

Both of those connections came about when I worked at Maislin Transport, right after high school. I was their gopher – I’d ‘go for’ this, and ‘go for’ that. Mr. Jimmy Hoffa used to fly in to meet Mr. Alex, the owner, and I picked him up at the airport with Mr. Alex’s Triple X Cadillac. Maislin would take liquor off route, which they were not allowed to do. Coming from Canada, it was supposed to go straight into Albany, New York, and then down to Rutherford, New Jersey, and certain trucks would be diverted or shipped to Boston. To get into Boston, money had to be paid to both Whitey Bulger and Jimmy Hoffa.

I would take briefcases of money to them. I never knew how much money was in the briefcases. I would fly into Detroit or Boston in the morning, deliver the briefcase, and fly back up in the afternoon. It was just like being a courier. Whitey Bulger had tremendously big fingers, big hands, and big, thick wrists. When I first met Hoffa, I was driving him back to the airport and he said to me, "You're going to go far in this business.” 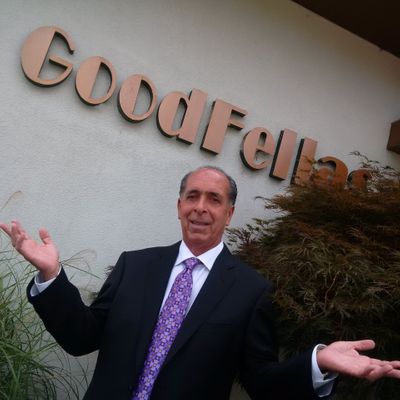 What benefits did you get in the criminal underworld from being associated with mobsters?

Talk about the hit Nicky Scarfo put on you and why he wanted you dead?

Nicky Scarfo [wanted me dead] because of my association with certain businessmen whom he was involved with, who felt I wasn’t paying enough or doing my job properly and therefore jeopardizing the enterprise. I'm doing, like, 65mph, white van right on my ass, almost banging my rear end. I pull to the right into the center lane and the motherfucker pulls alongside me. I see three guys — they're goons. One's got a fucking shotgun, he's trying to get in the kneeling position. The other guy's got a .357 in his hand, and he's trying to hold the door open, and the third guy starts shooting at the side of the car.

I slam my Mercedes into the side of their van. And bang, they all go flying. They hit the back of my car on the right corner and it caused me to go into a spin. I start going sideways into a spin, I hit the fucking guardrail, my airbag opens, I get pinned against the driver's seat, and I'm going straight down into the Passaic River. I pop out of the water, there's hundreds of people on the riverbank, both from the top of the bridge where I went off and on the bottom riverbank. They were yelling, “Yeah!” And I said, “Fucking yeah? Fucking help!” 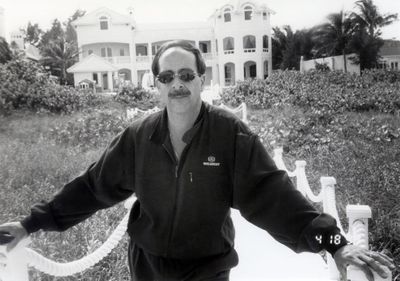 You had no problem ripping off these mobsters? What was going through your head?

The mafia's not involved in the day-to-day operations of legitimate businesses, so they don't really know how much money you’re making or taking. You pay a weekly “vig,” kickbacks to certain key people in organized crime, to allow you in those businesses – transportation, warehousing, trucking, garbage. But you rip them off by not giving them increases as your businesses grow. You're not giving them their fair share.

Why did you decide to write a book about your story?

I thought about writing a book non-stop while I was in jail. I was going to write a book prior to going to jail called Sophisticated Thief, and one of my investors, Mary Higgins Clark, later took that title and wrote Christmas Thief with a character based on me. This book is about more than crime or the mob or con men, though. I look at what’s going on in society and politics today with guys like Paul Manafort and Michael Cohen, and I look at the mortgage brokers in the ‘90s that collapsed, the investment bankers in the 2000s, and it’s what I was doing for the last five decades.

This [corporate crime] stuff’s not new to me. I don’t know how Manafort thought he’d get away with it today. There’s a whole paper trail now. Back in the day, you could get away with it; the only thing that got tracked were deposits over $10,000. Today, you can't even open a bank account unless you go with utility bills, phone records, and corporate accounts. You can’t do this shit now. And everybody’s conning America, whether it's Donald Trump, who conned his base to get elected, or the senators and Speakers of the House. The con just continues to go on.

"The King of Con" is out now — order your copy here

CRIME
CULTURE
DRUGS
NEW YORK
MORE...
Seth Ferranti
FOLLOW
Seth Ferranti makes documentaries, films, comics, and writes for VICE, Penthouse, and OZY, among other publications. He spent 21 years in prison for LSD conspiracy charges and is now out in the world reaching for the sky. http://www.sethferranti.com/
Share this article with your friends!
AD
By using our site you agree to our use of cookies to deliver a better experience.
Accept
Decline
MORE FROM MERRY JANE