The new “House Party” drops today in theaters across the US. What does this latest round have in store?

For starters, this updated version of "House Party" includes an all new cast, with up-and-coming stars Tosin Cole and Jacob Latimore as the leads. The movie also marks LA-based filmmaker Calmatic’s first time in the director’s chair for a feature film. And they’re all supported by hilarious cameos from world-class A-listers.

The movie centers on Damon (Tosin Cole) and Kevin (Jacob Latimore) as they try to raise money to keep Kevin’s daughter in school. As formerly-employed house cleaners, they decide to throw a banging party at LeBron James’s house, with a guest list pulled directly from LeBron’s contacts.

These interviews have been edited for space and clarity. 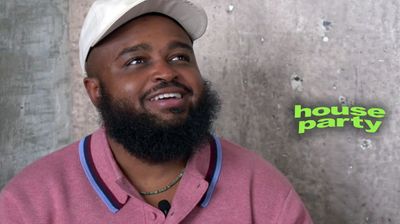 MERRY JANE: How Did Snoop Dogg get looped into the “House Party” project? What was it like working with him on set?

Calmatic (Director): We really wanted to tap into LeBron’s phonebook, quite literally. We thought, “This is a party at LeBron’s house. Who’s gonna be there?” And one of the first names we thought of was Snoop Dogg. We had LeBron hit him up, and he came through.

Snoop Dogg is just one of those people where as soon as he walks into the room, everyone gets happier. He had a really good vibe, took it to the next level. He gave us that stamp of approval and really took it there.

DC Young Fly: I mean, just to have Snoop on set. One of the OGs, one of the trendsetters, an icon, a pioneer, a legend -- it was just an honor to have our names attached with his. And also for him to want to be a part of something from his background, where he comes from -- just to have him on set and to be a part of the movie was a blessing.

Rotimi: A living legend, man. To have him come over and rock with us, bestow knowledge, make jokes, and just vibe, taking time from his schedule -- it’s gotta work. And we’re here!

What are your favorite comedies of all time? Which ones inspired you for this film?

Calmatic: One of my favorite comedies is The Nutty Professor. I love that movie, that was something I grew up with.

But one of my favorite comedies is actually a TV show by the name of “Martin.” “Martin” really influenced how I approached this film. It had a raw, almost improv type of feel with the comedy, just kind of letting the actors do their thing. That was the spirit we wanted to maintain throughout the whole film.

And Martin [Lawrence, the show’s star] was in the original [“House Party” movie from 1990]. It’s all part of the journey. 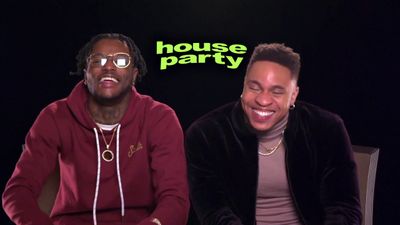 Tosin Cole: Definitely “Life,” for sure. “Rush Hour,” for sure. “Superbad,” for sure. Did I say “Friday?” “Coming to America.” “The Nutty Professor.”

That’s where you get your humor from, the comedies you watch growing up.

DC Young Fly: “Money Talks,” one of my favorites.

Can you talk a little about shooting the scene with the koala?

Calmatic: We really wanted to really tap into “Who would LeBron’s neighbor be?” We had this guy who made a lot of money off Tekken, who probably ended up with some kind of exotic animal. He got loose in one of the bacK rooms with Lena [Waithe] and GaTa.

It was fun, it was great. One of the ironies is that koalas eat leaves. So, y’know, partaking in leaves in a different way. [laughs]

“House Party,” produced by Warner Bros. and LeBron James’s Springhill Entertainment is out and only in theaters now!

To learn more about the “House Party” film, visit the movie’s website.

This article was made in partnership with Warner Bros. Entertainment.