CULTURE
The High Life of Weed Dude Vol. 5: A Sativa Storm Approaches
AD
While Weed Dude continues slanging dank and making bank in New York City, an evil force from his past life begins to plot his pot revenge.
Published on September 27, 2018

In the fifth installment of this surreal tale of THC, Weed Dude is making bank and slangin' dank. Things are going well for the guy in NYC. But in the United States of America, one can never get too comfortable if your hands are consistently covered in hash and resin.

Buck, his partner-in-canna-crime, knows this... and he also smells trouble brewing. But maybe that's just the weed fumes?

Dig into the story below, which was created by underground comix legend Mike Diana. And for more on Weed Dude, revisit volume four of the series here. 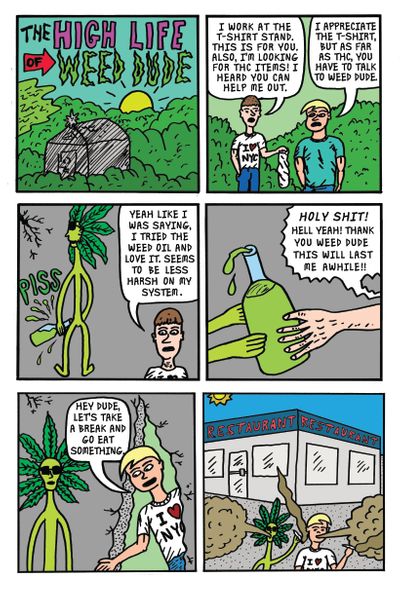 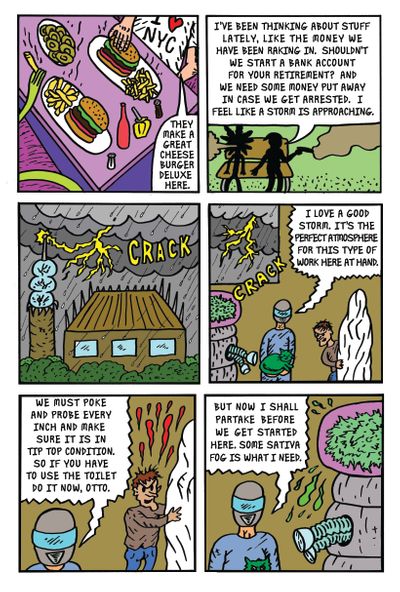 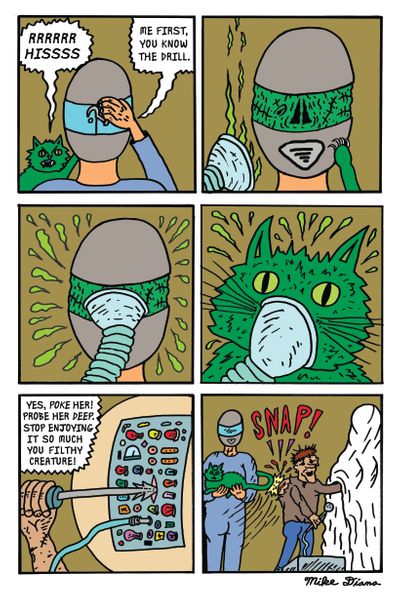 420
ENTERTAINMENT
HUMOR
ART
MORE...
Mike Diana
FOLLOW
Mike Diana is an underground cartoonist and cult hero whose been self-publishing work since the late ‘80s. He is the first person to receive a criminal conviction in the United States for artistic obscenity. Visit http://mikedianacomix.com/ for more of his art.
Share this article with your friends!
AD
By using our site you agree to our use of cookies to deliver a better experience.
Accept
Decline
MORE FROM MERRY JANE