CULTURE
The High Life of Weed Dude Vol. 39: An Ancient Alien Wants to Sesh
AD
An alien has crashed the marijuana speakeasy to the surprise of all the guests. But it turns out that cosmic critters from the planet Xtrogorv love to blaze — and Weed Dude is more than happy to oblige the otherworldly guest.
Published on March 16, 2020

In volume #39, we pick up where the party left off: an extraterrestrial toker notices the canna-crew's speakeasy and decides to cameo the function. And as it happens, aliens from the the planet Xtrogorv love to blaze — and Weed Dude is more than happy to oblige the cosmic guest.

But wait, this ancient alien wants to make a THC trade with our heroes. If they're down to trade one ton of some primo pot, the alien will give them some futuristic technology in exchange. Will this tech reinvent the bong? Is Weed Dude in for an otherworldly surprise? There's only one way to find out.

Dig into the dank visual feast below, created by the inimitable Mike Diana. And for more on the series, revisit the previous installment here. 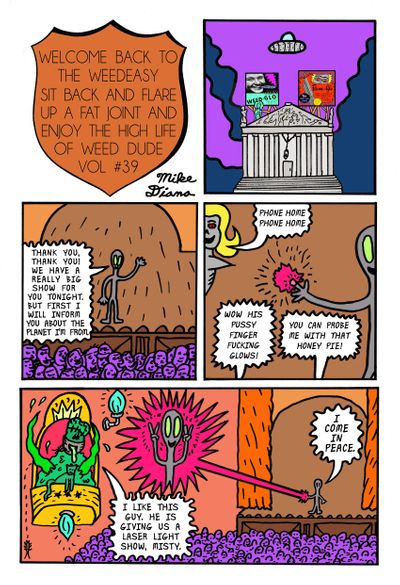 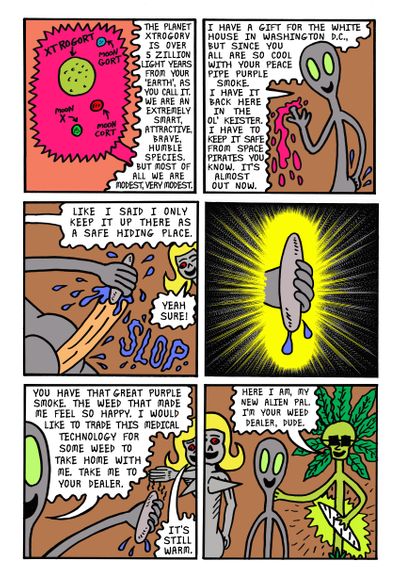