CULTURE
The High Life of Weed Dude Vol. 25: Kidnapping Politicians to Legalize Pot
AD
To make progress on cannabis legalization in New York, Weed Dude and his crew go to extreme measures to organize a meeting with the state's prohibitionist lawmakers.
Published on July 30, 2019

In the last installment of our series, Weed Dude held court at a cannabis advocacy meet-up. While sharing joints with the marijuana masses of New York City, the public discussed how to make progress on pot legalization. The verdict? Weed Dude must meet the state's lawmakers and espouse the benefits of all things bud.

So in the 25th edition of the endo epic, our hero follows-up on his promise. But in order to discuss legalization with the suits and squares who run the government, Weed Dude and his crew go to extreme measures to organize a meeting: a kidnapping.

After all, sometimes you have to break laws to inspire new laws... But will it work? Can Weed Dude convince the anti-pot politicians to join the green revolution after he's held them hostage?

There's only one way to find out! Dig into the dank visual feast below, created by the inimitable Mike Diana. And for more on the series, re-visit the previous installment of the comic here. 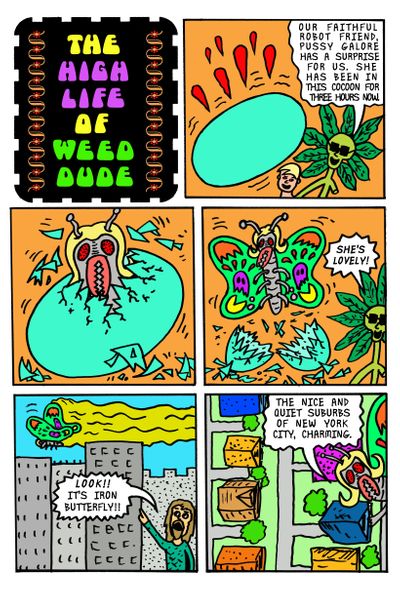 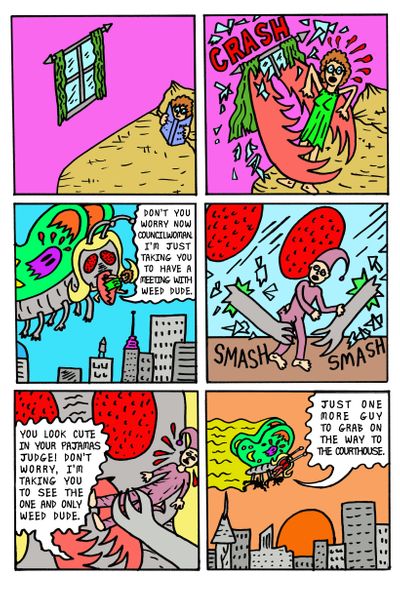 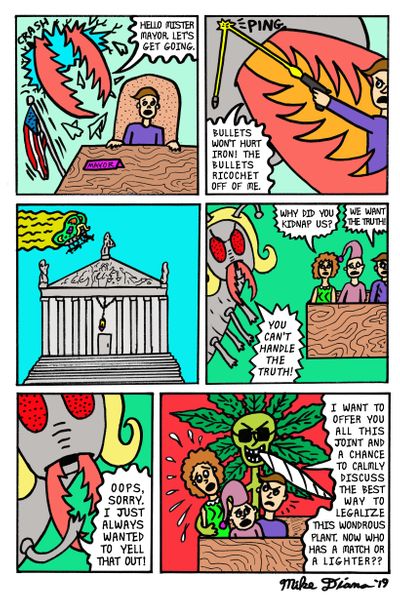 LEGALIZATION
HUMOR
ART
NEW YORK
MORE...
Mike Diana
FOLLOW
Mike Diana is an underground cartoonist and cult hero whose been self-publishing work since the late ‘80s. He is the first person to receive a criminal conviction in the United States for artistic obscenity. Visit http://mikedianacomix.com/ for more of his art.
Share this article with your friends!
AD
By using our site you agree to our use of cookies to deliver a better experience.
Accept
Decline
MORE FROM MERRY JANE