CULTURE
The High Life of Weed Dude Vol. 24: One Step Closer to Legalization
AD
In the latest installment of our pot picaresque, Weed Dude gets enough signatures to put a cannabis legalization bill on the ballot. He also promises New Yorkers to make their "American Dreams come true."
Published on July 12, 2019

In the 24th installment of our series, Weed Dude holds court at a public cannabis advocacy gathering. There, our hero shares joints with the masses, and sources their input about how to implement legalization in New York City.

Well how will they push this messaging on the government? Elect Weed Dude as the public's pot spokesperson, that's how! 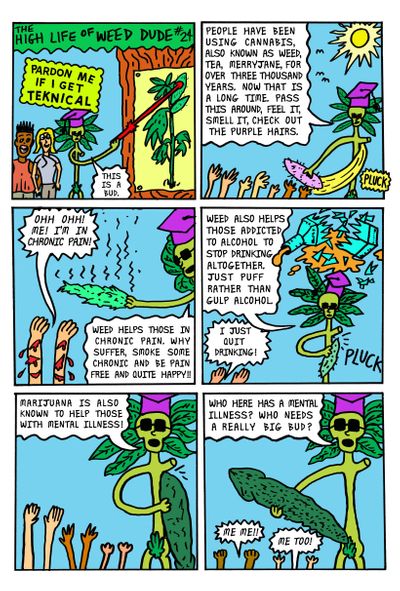 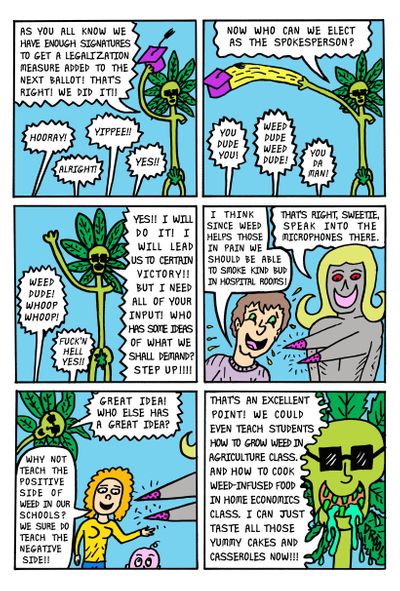 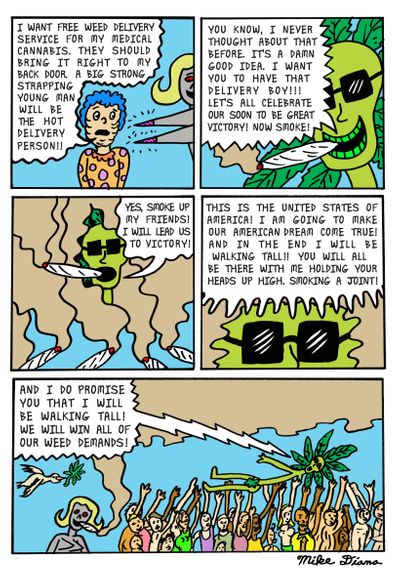 420
ART
CULTURE
NEW YORK
MORE...
Mike Diana
FOLLOW
Mike Diana is an underground cartoonist and cult hero whose been self-publishing work since the late ‘80s. He is the first person to receive a criminal conviction in the United States for artistic obscenity. Visit http://mikedianacomix.com/ for more of his art.
Share this article with your friends!
AD
By using our site you agree to our use of cookies to deliver a better experience.
Accept
Decline
MORE FROM MERRY JANE