CULTURE
The High Life of Weed Dude Vol. 20: What's the Real Identity of Our Hemp Hero?
AD
We already know how Weed Dude became Weed Dude, but who was he before he was turned into a walking, talking stalk of cannabis?
Published on May 2, 2019

In the 20th (!) installment of our series, we learn a little more about the backstories of our main buds. See, we already know how Weed Dude became Weed Dude, but who was he before he was turned into a walking, talking stalk of cannabis?

Furthermore, who exactly is the evil scientist who's been chasing down our hero? Why is he such a g'damn narc? In this special comic, we finally get some answers... and the sex robot gets some sex, too! 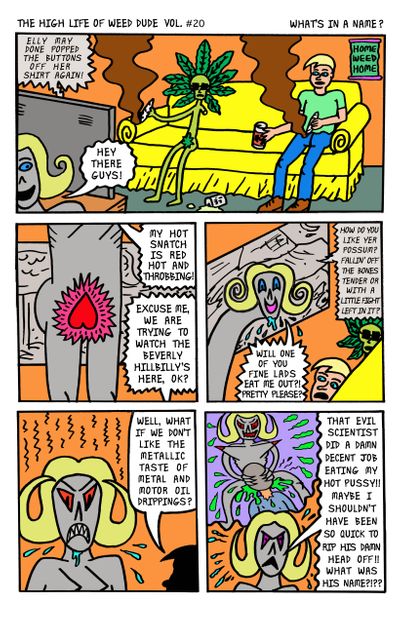 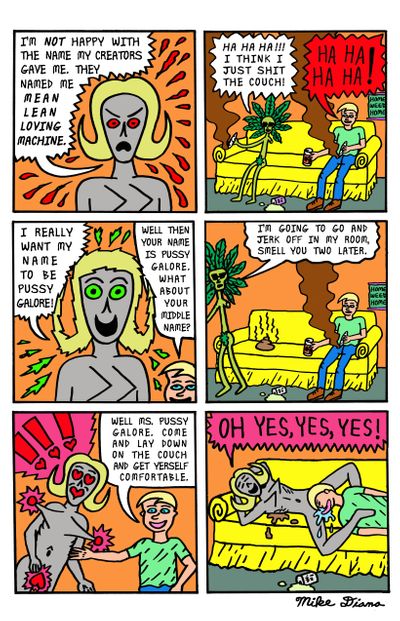 420
SEX AND ROMANCE
HUMOR
ART
MORE...
Mike Diana
FOLLOW
Mike Diana is an underground cartoonist and cult hero whose been self-publishing work since the late ‘80s. He is the first person to receive a criminal conviction in the United States for artistic obscenity. Visit http://mikedianacomix.com/ for more of his art.
Share this article with your friends!
AD
By using our site you agree to our use of cookies to deliver a better experience.
Accept
Decline
MORE FROM MERRY JANE