CULTURE
The High Life of Weed Dude: The Spectacular 4/20 Edition
AD
Weed Dude gets Jesus and the Easter Bunny ripped on the highest of high holidaze.
Published on April 20, 2019

For this special 4/20 edition of the comic, Weed Dude and his pals hang in a park to get baked on the highest of high holidaze. But this year's festivities overlap with another special annual event: Easter.

And guess who's cameo'ing the smoke sesh? We'll give you a hint: furry, hoppity, and chock full of edibles. That's right — the Easter Bunny is here to join the pot party!

The reefer-friendly rabbit isn't the only biblical bud to drop by Weed Dude's celebration, though. Let's just say our other "celebrity" in this week's comic can turn water into weed... 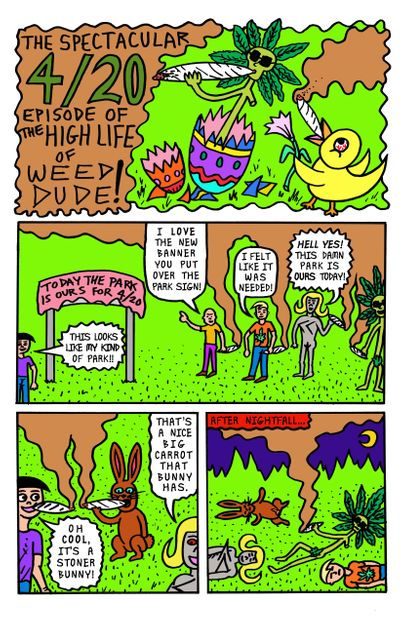 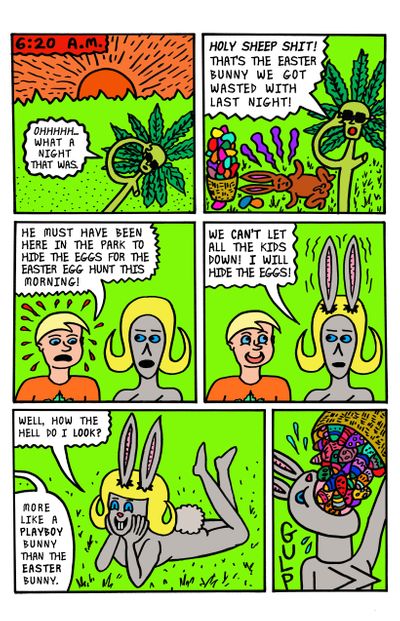 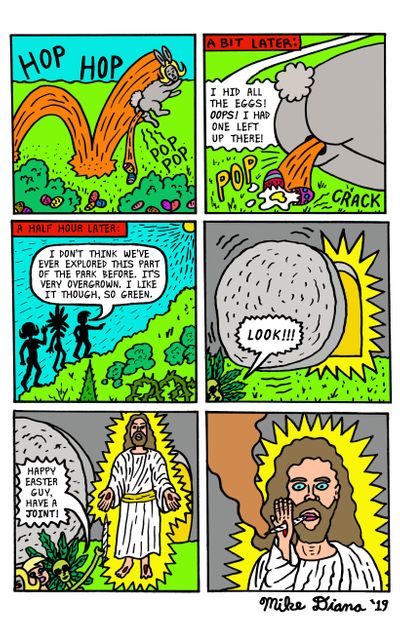 420
HUMOR
HOLIDAY
ILLUSTRATION
MORE...
Mike Diana
FOLLOW
Mike Diana is an underground cartoonist and cult hero whose been self-publishing work since the late ‘80s. He is the first person to receive a criminal conviction in the United States for artistic obscenity. Visit http://mikedianacomix.com/ for more of his art.
Share this article with your friends!
AD
By using our site you agree to our use of cookies to deliver a better experience.
Accept
Decline
MORE FROM MERRY JANE