CULTURE
The High Life of Weed Dude Vol. 18: The Evil Scientist Meets His Marijuana Maker
AD
Weed Dude's nemesis is about to get justice served... with a side of grass.
Published on April 11, 2019

In the previous installment, Weed Dude's nemesis — the evil scientist who turned him into talking THC — unleashed his canna-cat monster on the city and used his reefer ray gun to turn New Yorkers into crystalline cannabis.

Now, the tech-enabled narc is about to meet his marijuana maker. Remember the sex robot who joined Weed Dude in the fight against prohibition and cops everywhere? Well it's her turn to get revenge on the evil scientist — after all, he built her without a clitoris. And justice will be served! 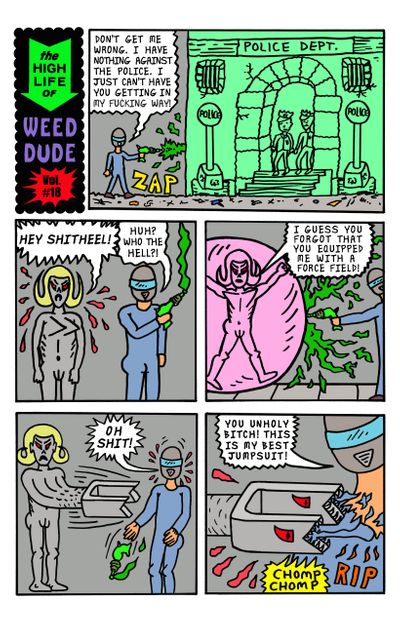 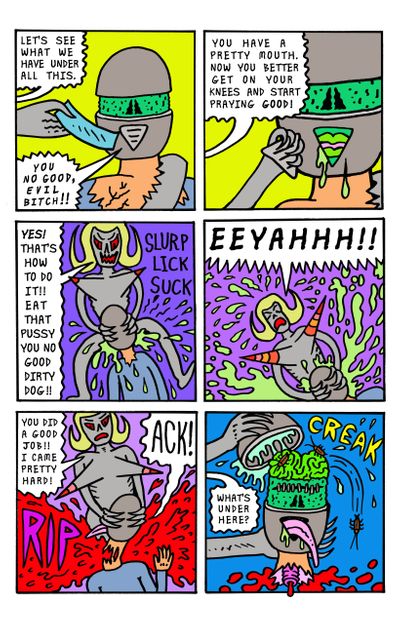