CULTURE
The High Life of Weed Dude Vol. 17: King Kong vs. the Canna-Cat in an NYC Brawl
AD
In this week's comic, New Yorkers are smoking other New Yorkers who've been turned into crystalline cannabis by the evil scientist. What will happen to the city? Where's Weed Dude?
Published on March 28, 2019

In the previous installment, shit hit the fan in the Big Apple after Weed Dude's nemesis — the evil scientist who turned him into talking THC — unleashed his canna-cat Misty on the city!

The green beast of fury grew to a supernatural size and began wreaking havoc on New York, all while the evil scientist used his futuristic ganja gun to turn any passers-by into crystalline cannabis.

In volume 17, Misty is still fucking up Manhattan... and even has a face-off with King Kong. Simultaneously, New Yorkers everywhere are smoking other New Yorkers who've been hit with the reefer ray-gun. What will happen to the city? Will everyone be turned into smokeable statues? There's only one way to find out.

Dig into the dank visual feast below, created by the inimitable Mike Diana. And for more on the series, re-visit the sixteenth installment here. 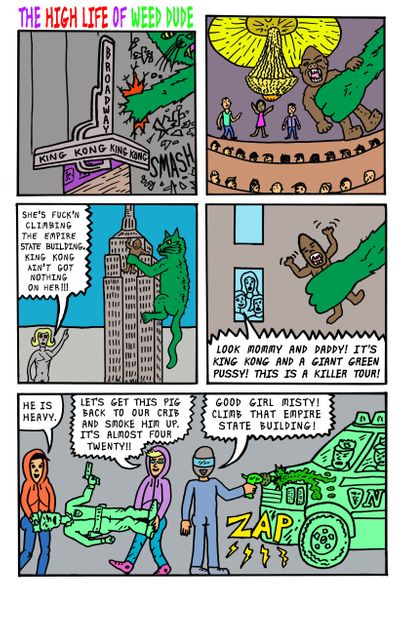 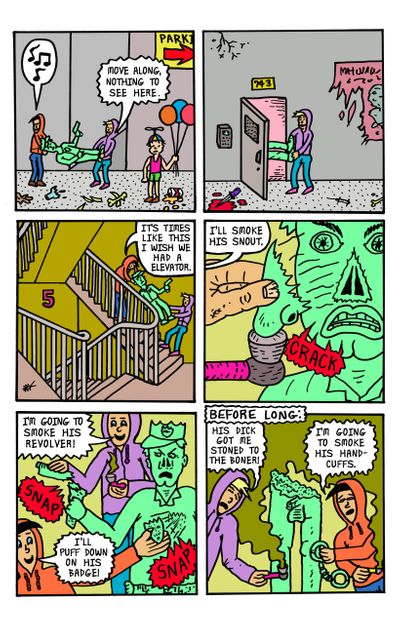 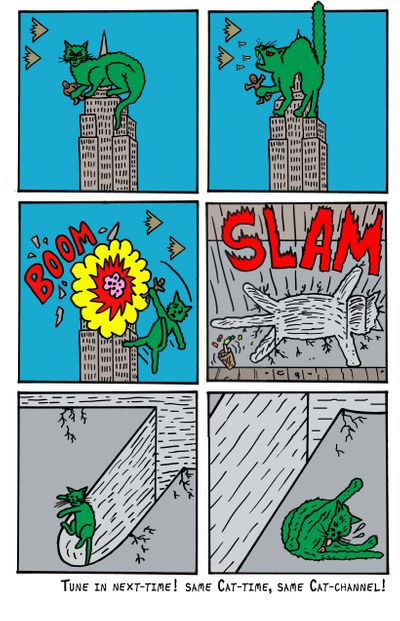