CULTURE
The High Life of Weed Dude Vol. 14: Bud Battles Against a Cannabis Cat-Monster
AD
The stoned saga picks up where we left off: Weed Dude and his crew must face off against the most ferocious feline that science has ever created.
Published on February 7, 2019

In Vol. 14,  we pick up where things left off: The evil weed scientist has unleashed a ferocious pot pussy against Weed Dude, Buck, and the Sex Robot, and they must duke it out with the not-so-cuddly kitten. But how do you best a canna-cat that's the size of a building?

Anyone who's ever been duped by a grass dealer in middle school knows there are two common herbs which look eerily similar to our favorite green plant: oregano and cat nip.... now take a guess which one will come in handy during Weed Dude's bud battle for the ages?

Dig into the dank visual feast below, created by the inimitable Mike Diana. And for more on the series, re-visit the thirteenth installment here. 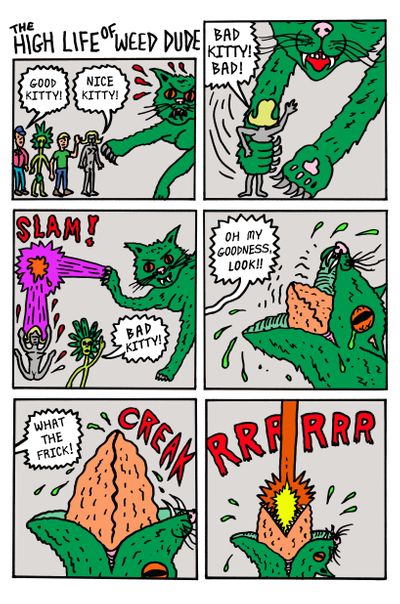 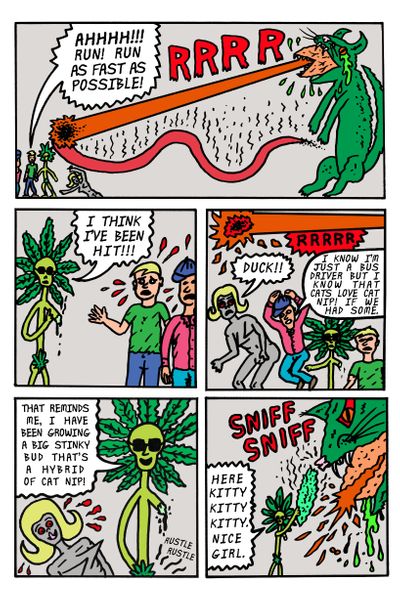 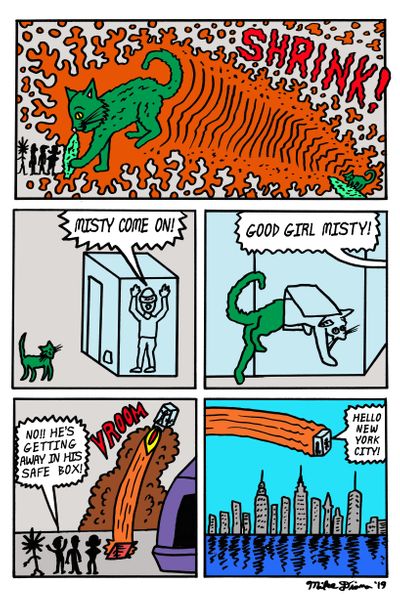 420
HUMOR
ART
NARRATIVE
MORE...
Mike Diana
FOLLOW
Mike Diana is an underground cartoonist and cult hero whose been self-publishing work since the late ‘80s. He is the first person to receive a criminal conviction in the United States for artistic obscenity. Visit http://mikedianacomix.com/ for more of his art.
Share this article with your friends!
AD
By using our site you agree to our use of cookies to deliver a better experience.
Accept
Decline
MORE FROM MERRY JANE