CULTURE
The Ganja Grind: We Used the Sorting Hat to Judge Vans’ New Harry Potter Collab
AD
The Internet is abuzz with opinions on the new Vans x Harry Potter capsule collection, so we went full J.K. Rowling and played sorting hat with the Vans skate team.
Published on June 13, 2019

When it comes to skate industry collaborations, it seems like the only limits these days are imagination and the ability to convince corporate big-wigs to sign a check. From condiments and cartoons, to weed magazines and legacy camera companies, co-branded skate products come in all shapes, sizes, and subcultures.

So when long-running SoCal skate shoe company Vans announced a new collabo with the best-selling book series ever published, it didn’t necessarily surprise us. That said, the Harry Potter pairing did spark a few more question marks — and chuckles — than the usual hybrid. Had J.K. Rowling added to her endless revisions and decided that Harry was at the skatepark practicing kickflips between battles with dementors? Do wizarding robes clash with checkered slip-ons? Who are these products even for? 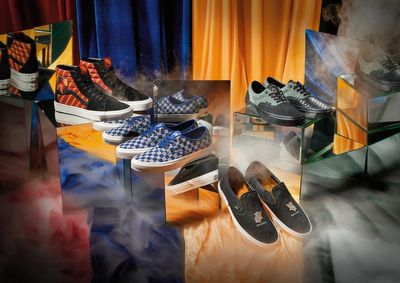 But the more we thought about it, the more it made sense. After all, most skaters under the age of 30 grew up either reading or watching the wizardly tales, and with ‘90s/early aughts nostalgia reaching a tipping point, it isn’t that much of a “Jump the Shark” moment for Vans to create kicks in honor of the Boy Who Lived. And frankly, the pairs of suede Hufflepuff slip-ons, scaly Slytherin Era Pro shoes, and Hogwarts house-specific hoodies aren’t the worst big money skate mash-up we’ve seen.

So to add a little context to the seemingly left-field collaboration, we searched for any turn-of-the-millennium memories we had left, boned up on our Buzzfeed quiz skills, and tapped in with our connections at the Hogwarts admissions department to toss the Vans skate team in the sorting hat. Using the most up-to-date version of the Vans skate team page we could find, we’ve split one of skating’s most prolific squads into Hogwarts’ four houses, adding a whole new twist to skating’s age-old hesh vs. fresh dichotomy. 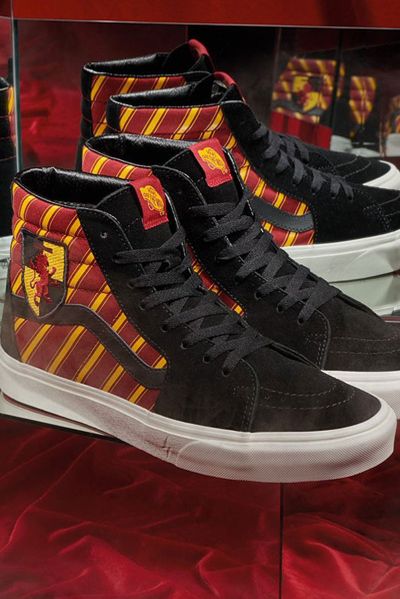 The school of witchcraft and wizardry’s most noble house, Gryffindor is home to the good guys. Starting with Bones Brigade legend Steve Caballero and Fucking Awesome co-honcho Anthony Van Englen, Vans’ Gryffindor crew is who you want mentoring up-and-coming rippers. Alongside the likes of Gilbert Crockett, Curren Caples, and Chris Russell, the young guns of the group are the model citizens of the Vans team, ready to crush a demo, produce multiple video parts a year, and ooze corporate appeal without losing core credibility.

And if there was ever a skateboarder who deserved to be compared to an unlikely savior who’s able to survive near-death experiences and conquer every magical obstacle, John Cardiel is that skateboarder. He’s made impossible tricks possible, and when a freak accident had doctors ruling him paralyzed, John was back to carving bowls before you could say avada kedavra. All hail Cardiel. 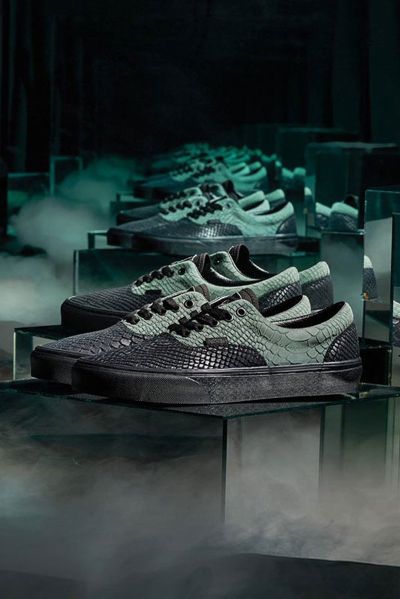 With enough snake imagery and snarky attitudes in skateboarding to fill a Malfoy family reunion ten times over, sorting out the Vans Slytherin squad was the easiest of the bunch. From the “fuck it all” attitudes of Dustin Dollin and Tony Trujillo, to the effortless cockiness of Elijah Berle and Kyle Walker, to Jeff Grosso and Christian Hosoi — the stuck-in-their-ways scions of skate history — the Slytherin section of the Vans team is better than you, they know it, and they want you to know it, too. You won’t find these dudes apologizing for snaking your run at the local bowl, and after enough beers, it wouldn’t be a surprise to hear any of them speaking in parseltongue. Locals only, no kooks allowed. 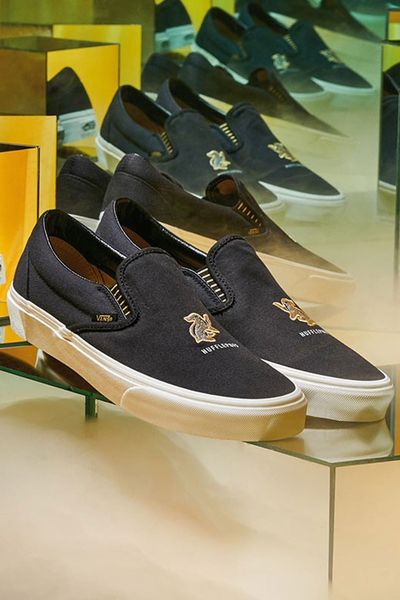 The oddballs of the wizarding world’s favorite learning institution, Hufflepuffs are creative and artistic. Members of this house are typically the chillest of the chill, and a few members of the Vans team fit the bill perfectly. These rippers are happy to hit any type of spot or local park, hike a hill, or sit back with a guitar and a big ‘ol joint.

The adults in this crew have been using skateboarding as a fountain of youth for decades. Just ask Tony Alva and Ray Barbee, two of skateboarding’s old soul OGs from the early days of transition and street skating, as well style god Andrew Allen. Combined with the eccentric trick selection and bubbling personalities of young pros Daniel Lutheran, Rowan Zorilla, and Lizzie Armanto, the Vans Hufflepuff posse is in it for the fun, no matter how much bullshit, or hexes, get in the way. 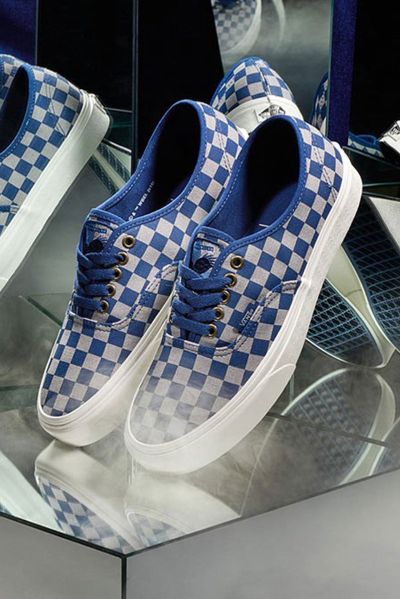 At Hogwarts, Ravenclaw is home to the strong silent types. These are the no-nonsense, below-the-radar students looking to learn their spells and avoid any fuckery. When it comes to the Vans skate team, our Ravenclaw skate squad is full of heavy hitters who want to nail tricks and skip all the fanfare that may result.

This section of the Vans team includes gnarly transition rippers like Ronnie Sandoval, Pedro Barros, and Omar Hassan, as well as street skaters like Chris Pfanner, Geoff Rowley, and Chima Furgesson — the latter three who have never met a rail too big or a spot too crusty. They might not be the most recognizable names in the skate canon, but if you’re looking for a skater’s skater to shut down the session with relentless dedication, the Ravenclaw crew is your group of dudes.

So if you’re feeling the Vans x Harry Potter collab, but are unsure which pair of shoes to cop, let our sorting skills help you pick the house that’s home to your favorite Vans ripper. And if the inevitable Lakai x Lord of the Rings capsule collection hits lookbooks next fall, you better believe we’ll be here to help, too.

FASHION
HUMOR
CULTURE
SKATEBOARDING
MORE...
Zach Harris
FOLLOW
Zach Harris is a writer based in Philadelphia whose work has appeared on Noisey, First We Feast, and Jenkem Magazine. You can find him on Twitter @10000youtubes complaining about NBA referees.
Share this article with your friends!
AD
By using our site you agree to our use of cookies to deliver a better experience.
Accept
Decline
MORE FROM MERRY JANE