CULTURE
The Ganja Grind: RIP “Transworld,” But Print Skate Mags Still Live On
AD
The legacy skate magazine bit the dust this month, but there are several other print publications focused on the subculture that will continue to hold the torch.
Published on March 14, 2019

Next month, for the first time in more than 30 years, subscribers to Transworld Skateboarding magazine will not find a pile of skate photos, pro interviews, and ad spreads in their mailbox. Instead, they’ll find a brand new edition of Men’s Journal magazine, whether they like it or not.

Started in the early ‘80s as a positive ray of print skateboarding sunshine to offset Thrasher’s “skate and destroy” mentality with some “skate and create” optimism, Transworld eventually turned into the world’s biggest print skate mag — both in Vogue-style thickness and international distribution.

Like all things, though — and with increasing haste for print periodicals — Transworld’s run had to come to an end sometime. And thanks to a new acquisition by American Media Inc., that time has officially come, with every subscription now immediately supplanted with a men’s health and fitness magazine. 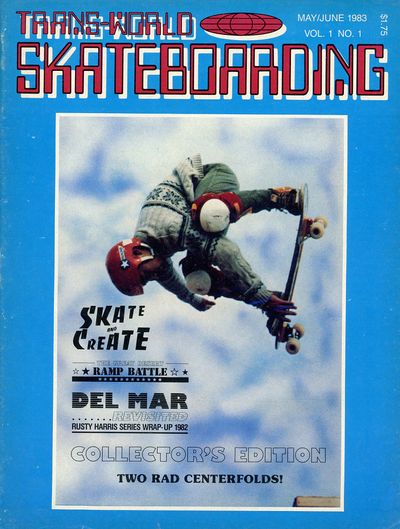 Above, the first issue of "Transworld" from '83

For most modern-era skaters, though, Transworld will be remembered for its prolific video output, especially at the turn of the millenium, when filmers Jon Holland, Ty Evans, Greg Hunt, and others pumped out classics like Feedback, Modus Operandi, and Sight Unseen. The videos stand out for featuring skaters from across the sponsor landscape to create cohesive cinematic masterpieces.

Transworld will continue to publish as an online magazine, posting original and aggregated content from around the skate world. But as print editions come to an end with issue 397 — featuring Lance Mountain on its cover — and the skate industry goes full-on nostalgia trip, we thought it would be appropriate to look towards the future of print skate magazines, and highlight some of our favorite outlets that will continue releasing glossy pages into 2019 and beyond.

From the streets of New Jersey, Philadelphia, and New York City to skate shop counters and mailboxes around the world, Skate Jawn is a home for all things East Coast skateboarding. Printed in the classic folded-over 8.5 x 11 zine format, Skate Jawn showcases local photographers, skaters, artists, writers, skate scenes, and backyard ramps. Since its inception, the outlet has worked to combine the delinquency and comradery of documenting your own local skate crew with a scale that has grown to cover not only the Eastern seaboard, but skaters and scenes in San Francisco, Spain, Berlin, and more.

Published bi-monthly, Skate Jawn is free at skate shops around the world, with $30 annual subscriptions available for anyone who can’t find an issue, or doesn’t feel like getting vibed by the local shop lurkers. 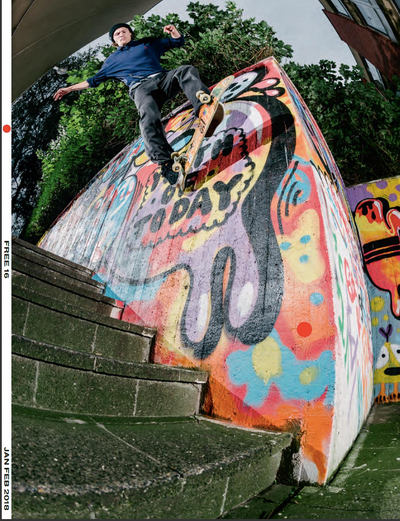 Birthed from the print demise of Europe’s two most popular skate monthlies, Sidewalk and Kingpin, Free Skate Mag debuted in 2015 and has since printed 23 issues of pan-European skate brilliance. Focusing almost entirely on the other side of the pond, Free gives U.S. skaters a taste of skate scenes in London, Berlin, Malmo, Holland, rural France, and more.

Outside of the standard fare of interviews and photo captions, Free also features in-depth and creative articles from writers like James Davis and pros like Rick McCrank. You can read articles from Free on their website, and you can buy hard copies of the magazine for the low low price of $2, courtesy of New York-based skate distributor Theories of Atlantis. 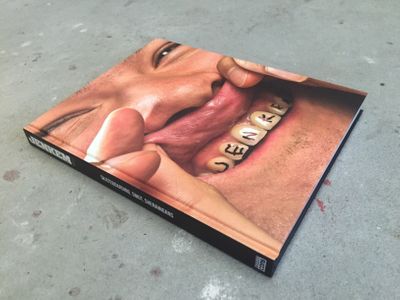 When Jenkem Magazine launched online in early 2011, the whole point was to live on the internet and avoid being beholden to the classic ad-fueled, pay-to-play, two-hand touch editorial restrictions that often come with traditional print media (I’m looking at you, Thrasher). But after five years of success and a growing cult following, that plan went out the window.

Jenkem hasn’t announced whether or not they’ll be publishing a Vol. 3, but for the sake of skateboarding in print, we sure hope so. In the meantime, you can buy a copy of Vol. 2 for $40 over at the Jenkem webstore.

Another European product, London-based North Skate Mag was founded in 2011, and has since printed 21 issues comprised of film photography-focused skate documentation. Eschewing skateboarding — and the rest of the world’s — move towards digital, North is keeping skate photography alive in print, alongside interviews and stories about hometown heroes and lesser-known pros from England, the U.S., and other international skate destinations. The latest issue of North, which hit skate shops this week, orbits around skaters from New York and Philadelphia. North is available in skate shops across England, and is also available to U.S. skaters for only $2 through Theories Of Atlantis. 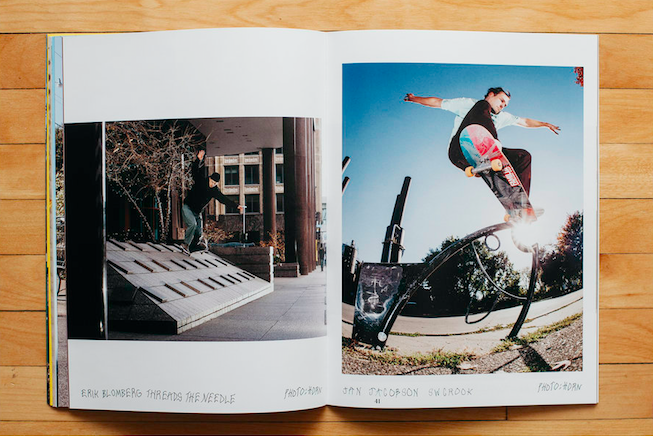 A quarterly publication run out of the Twin Cities, Anomaly has only published two issues so far. But with 60 pages of full-color photos, interviews, zine-style collages, and even a Minnesota skating crossword puzzle at the end of issue 2, the photo-heavy mag is a great new addition to skateboarding’s printed matter canon. You can buy Anomaly at numerous skate shops across the U.S., or for $10 at the publication’s webstore.

SPORTS
HISTORY
SKATEBOARDING
POP CULTURE
MORE...
Zach Harris
FOLLOW
Zach Harris is a writer based in Philadelphia whose work has appeared on Noisey, First We Feast, and Jenkem Magazine. You can find him on Twitter @10000youtubes complaining about NBA referees.
Share this article with your friends!
AD
By using our site you agree to our use of cookies to deliver a better experience.
Accept
Decline
MORE FROM MERRY JANE