The road to legalization has been a tretcherous journey. It’s featured personalities such as Dennis Peron, Brownie Mary, and Ed Rosenthal — people who dedicated their lives advocating for change by putting their reputations and liberty at risk. These outspoken, groundbreaking pioneers are well known among cannabis community. But there’s another group of heroes in the medical cannabis movement who haven’t received the attention they deserve, despite having more to lose than their freedom.

That’s beginning to change, however, thanks to a touring photography exhibition that's coming to San Diego in early August. The Faces of Cannabis, created by Colorado artist and journalist Nichole Montanez, features portraits of young medical marijuana patients and documentary photography that chronicles their successes and struggles with critical illnesses. 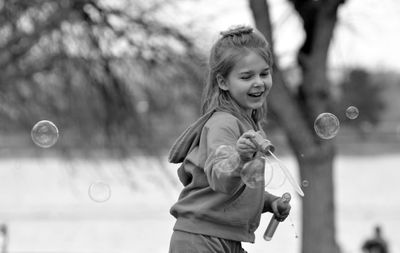 Montanez began the photo series after her now 13-year-old niece, Hailey — affectionately known as "Teapot" — began having seizures as an infant. The young girl was eventually diagnosed with Dravet syndrome, a rare genetic disorder that causes severe epilepsy in children. Montanez was soon photographing the family’s ordeal, and after being laid off from a newspaper job in 2012, she began helping her sister care for Teapot full-time.

Back then, Montanez knew that Colorado voted to legalize the medicinal use of cannabis, but had limited knowledge of the subject. Like many others, she suspected that medical marijuana use was really just a ploy by people with ulterior motives to get high.

"I wasn't really paying attention," she said in a phone interview with MERRY JANE. 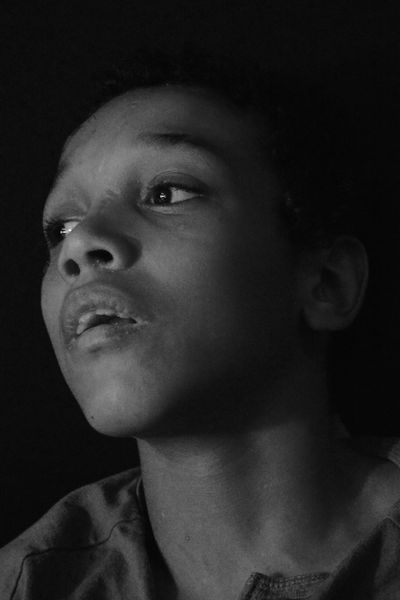 But that changed when Montanez learned about Charlotte Figi, another young Colorado girl with Dravet syndrome. At the time, Charlotte was one of Colorado’s youngest medical marijuana patients and was showing great progress with a cannabis oil formulation from a strain low in THC but high in CBD. The strain would later be named Charlotte’s Web in honor of the young pioneering patient.

Montanez arranged to meet with Charlotte and her mother Paige at their house. When Montanez got there, Charlotte was happily eating — a stark contrast to Teapot back at home, who could no longer eat and was receiving sustenance through a feeding tube.

"To see Charlotte eating food was my moment of 'Oh my God, I want this. We want this for her,'” Montanez said. “From that point on I was paying attention."

Montanez began meeting other families with children who used cannabis medicinally, including a few who moved to Colorado from across the country to have access to medicine. But the process to get cannabis for Montanez’s niece wasn’t easy, even though she lived in a state with legal medical cannabis. The uncertainty and stigma associated with medical marijuana was palpable, particularly for pediatric patients, and the fact most physicians were reluctant to write recommendations for kids. Parents and family members soon realized they had to become activists to advance the medical marijuana movement, which Montanez said had stalled after initial progress in Colorado and the West Coast. That’s when she realized her photography could be used to change the minds of lawmakers and the public.

"We all have to find our role in this because we have to make this happen,” she said. “Families are having to leave their home states and come [to Colorado] to have access to a plant that could potentially save a child's life. That’s not right.”

Her project started with a goal to photograph portraits of the 50 Colorado kids who used medical marijuana at the time and create a local exhibition. "These are the new faces of cannabis,” Montanez said, referring to the show’s theme. “These kids are proof that everything you thought you knew about cannabis and what it does might be wrong. So I wanted to challenge people because I once thought the same thing: that marijuana was for getting high. But I was wrong and I know that now."

But more families kept coming to Colorado as medical marijuana refugees. So, Montanez had more subjects to photograph. As word of her project spread, she started traveling to other states to take portraits and document the cannabis journeys of other young patients.

“I had close to 300 portraits of kids and an entire body of documentary photography,” Montanez said, “and not only from Colorado, but from all around the country.” Allison Ray Benavides, a licensed clinical social worker from San Diego, learned of Montanez’s project through a network of parents who treat their children’s critical ailments with cannabis. Her son Robby was diagnosed with a seizure disorder known as Doose syndrome, just as the potential for CBD to treat such conditions was becoming known. When it became apparent that the standard pharmaceutical treatment wasn’t working for her son, she was grateful to have another option.

Benavides reached out to contacts in Colorado via social media to get a medication made with Charlotte’s Web. But cannabis’ Schedule I status made sending oils across state lines illegal and, thus, a risk for everyone involved. That didn’t matter, though. Eventually, enough Charlotte’s Web tincture made it to California for 20 kids to begin treatment, including Robby, who was 3-years-old at the time.

Although it didn’t work overnight and the dosage of CBD and his other medications required an adjustment period, Robby has basically been seizure-free for five years. He was eventually able to eliminate all but one of the prescription medications — and related side effects — from his treatment regimen.

"For a child with Doose syndrome to be on one pharmaceutical and CBD, and to have had a five-year stretch with no seizures is pretty phenomenal,” she said. “So we're very, very blessed. My son has been thriving. He can read now and keep the mainstream at school." 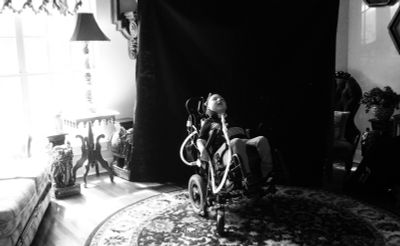 When Benavides found out that Montanez would be in Los Angeles to take portraits of young patients in 2014, she drove Robby from San Diego for the photoshoot. She’s proud of the exhibition and believes that it’s a fitting tribute to the patients and families that reignited the medical marijuana movement.

"Those of us who were there at the beginning, those of us whose children suffered, and those who have kids who’ve died so that we can be here today, we can feel passionate about making sure that they remain recognized for their contribution," she said.

That contribution legitimized the potential of cannabinoid therapies and helped spur a revolution in the treatment of seizure disorders and other serious diseases through the aid of cannabis. 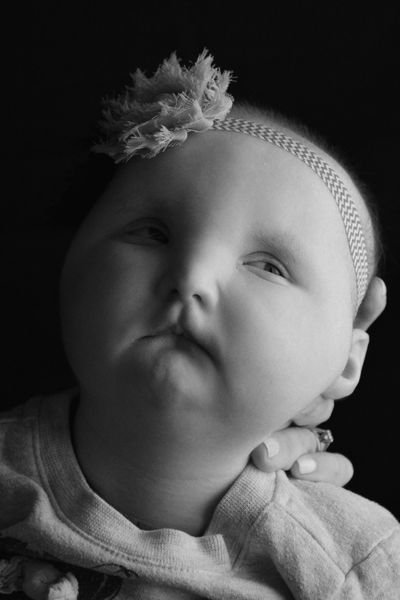 Scope of the Exhibition Grows

After five years, the project had grown to contain more than 10,000 images. With such a large body of work to pull from, Montanez’s exhibition evolved from the original portraiture to include an installation piece and some of the documentary photography.

Elements of the show have been exhibited five times across Colorado, Dallas, and California, with future dates in the works for showings in Massachusetts and more galleries in Colorado. With so many subjects in the portfolio, Montanez is usually able to curate each exhibit to include children from the local area and invite them to the opening reception.

"The really neat part about when I did the first [exhibit] in Colorado, was that when people came to the show, they weren’t just looking at photographs of kids, they were also seeing those kids at the gallery,” said Montanez. “So, they were able to interact with [the children] and see them in a way that they've really never thought about [youth] before.” Montanez said that while the story of these young medical marijuana patients (popularized by Dr. Sanjay Gupta of CNN and others) was instrumental in advancing medical cannabis legislation in many states, she’s afraid they’ll be forgotten. Reform was made possible by the severe illnesses of children, which, in turn, has lead to a nationwide CBD craze that’s more about turning a profit than celebrating the healing properties of the plant — or the people who made the industry possible.

"Without these kids, we probably wouldn't have had as much legislation in this short of time,” she explains. “And now there's an entire industry built around it and I'm not comfortable with them just putting the kids aside and saying, 'Okay. Right. We got our CBD and we're making our jelly beans and our cocktails and you've done your job.’ No, that trivializes everything. So I just want to continue to tell the story for as long as I'm able to do that."

Benavides is grateful for that commitment. The Faces of Cannabis comes to the La Bodega Gallery in San Diego for one night only on Saturday, August 3rd, from 5PM to 10PM. More than 90 images from the series, including portraits, documentary photography, and the installation piece will be on display. Special guests will include Nichole Montanez, an installation artist, Allison Ray Benavides, and her son Robby, who is now 9-years-old.

"Our children live on the fringe and we are so marginalized,” Benavides said. “And I think any opportunity to put them at the center is healing and important. Our children deserve this show, considering the contribution that they have made to modern medicine."

The gallery is located at 2196 Logan Avenue, San Diego, California, 92113. The opening reception commences at 5PM. For more information visit La Bodega Gallery online or "The Faces of Cannabis" website.

NEWS
CBD
THC
PHOTOGRAPHY
MORE...
IN THIS STORY
CBD
Click to shop at our CBD store
A.J. Herrington
FOLLOW
A.J. Herrington is a freelance writer focusing on cannabis news, business, and culture and has written for publications including High Times, Sensi, and HEMP. When he's not banging away at the keyboard, you'll probably find him tending to his plants in the garden.
Share this article with your friends!
AD
By using our site you agree to our use of cookies to deliver a better experience.
Accept
Decline
MORE FROM MERRY JANE