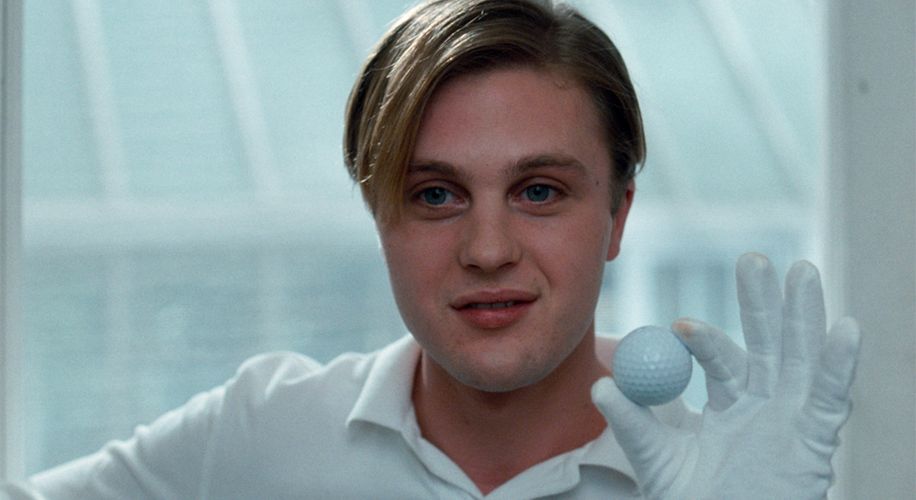 The Best Movies to Stream on Netflix This Weekend: Deadly Games Edition

From “Funny Games” to “Would You Rather,” these films involve strangers trapped together in a small space, some serious suspense, and the inevitable elimination of characters.

From “Funny Games” to “Would You Rather,” these films involve strangers trapped together in a small space, some serious suspense, and the inevitable elimination of characters.

Ever since the success of the Saw franchise, there has been an onslaught of movies in which normal people suddenly find themselves forced into playing a deadly game of survival. These type of films serve as an outlet for our everyday — particularly American — fears of criminals lurking at every corner. They also feed into other traits we value in this country: competition and perseverance.

Although Saw was a jumping off point, films like Nick of Time (1995), Cube (1997), and Phone Booth (2002) had already used the formula of people held captive by often-unseen forces, and who must go through tough obstacles or die. In fact, movies about people being hunted down one by one or trapped inside a dangerous place go back to notable motion pictures like The Most Dangerous Game (1932), And Then There Were None (1945) and House on Haunted Hill (1959).

Today, there are way too many of these types of films to list them all here, but Netflix has a few good ones on rotation — Circle (2015) and Cheap Thrills (2013), both of which we've previously featured in this column. If you haven't seen them, you should start there. For more recommendations, read on..

We must admit to a little bit of cheating with our first pick. The people in Exam are not trapped in a kill-or-be-killed situation. At stake is a high-paying job with a mysterious billion dollar company — a gig some might find is worth killing for. But regardless, Exam fits the other typical parameters of a deadly game movie to a tee: strangers trapped together in a single space, the overriding need to solve a mystery, and the inevitable elimination of participants as the game progresses.

Our next two films have a decidedly higher body count. (Both also happen to feature ex-porn star Sasha Grey). Would You Rather takes a children's game and strips it of all its innocence, replacing it with horrible, morally reprehensible twists and turns. And Elijah Wood gets sucked into a deceptive computer hacking plot that has him on the run for his life in the voyeuristic Open Windows.

Next up, Final Girl turns the tables on genre tropes as a would-be victim hunts down misogynistic predators playing a murderous game. And, finally, Naomi Watts and Tim Roth star in the American remake of Funny Games, a treacherous home invasion tale that might be hard to stomach but once it sinks its claws into you, it's got a grip that doesn't let go.

Exam is a thinking person's type of movie, kind of like a modernized, slightly futuristic Agatha Christie novel brought to the screen. Eight candidates — four men and four women of various ethnic backgrounds — arrive at a spaceship-like chamber to take part in a high-stakes interview process. When it's over, one person will walk away with a coveted, once-in-a-lifetime corporate job.

People quite often complain about movie characters making dumb decisions that put them in harm's way, especially in horror films or thrillers. Here, we get intelligent people who constantly rack their brains trying to solve a riddle with barely any clues provided. Although it might seem a little too convenient at times how quickly these would-be employees come up with their hypotheses, it's not enough to take you completely out of the movie.

Exam is dialogue-heavy, but never feels slow thanks to the intrigue it builds up right from the start. Those who prefer to avoid gore and mayhem will be pleased to know that the physical violence is kept to a minimum. These are characters more prone to verbal jabs. But there's also no telling what they are capable of when pushed to the edge.

If you really wanted to you could assign meaning to the torture and sadism rampant in this nasty little movie, like how it's providing social commentary on a system where money controls and corrupts everything, where having too much or not enough reduces us to our most basic killer instincts. But that's not us, is it?

Even long before Pizzagate, people believed in evil cabals. Today, news — fake or otherwise — of a deadly game run by sick rich fucks who exploit desperate people (just like the one superbly played here by Jeffrey Combs) would hardly make many of us bat an eye, or so it seems. The incredible gap between the haves and have-nots, the never-ending cycle of violence in our society, and our own understanding of human nature's need for self-preservation make a movie like Would You Rather something to ponder beyond its shock value.

This is not the sort of movie to watch if you just want to veg out. That's not to say it's thematically deep or anything like that, but its visual style is one that takes some concentration. The film is mostly from the POV of our anti-hero's laptop screen. Elijah Wood, who has a knack for choosing movies that think outside the box, plays the geeky webmaster Nick Chambers. Nick has won an out-of-town dinner date with disillusioned movie star Jill Goddard (Sasha Grey), but as he quickly learns, things are not what they seem.

Open Windows starts off a bit like Hitchcock's Rear Window, only with webcams. Eventually, Nick finds himself stuck in what's basically a real-life video game. The scenario sounds far-fetched, but works within the confines of the world created. The movie got shredded by critics, but director Nacho Vigalondo — who has done good work in the past (Timecrimes) and more recently made the appealing Colossal — is obviously talented. Open Windows may be flawed, but it's still worth seeking out.

A super-quick glance of the Netflix user reviews for this YA oddity shows a lot of 1-star ratings ("I'd give it zero if I could!") along with other typical whining about "the worst movie ever made," followed by a hell of a lot exclamation points. Key words and phrases like PLOT HOLES! and "terrible lighting" pop up as well.

Those last two complaints are especially noticeable since you're unlikely to find a more simple, straightforward story. Abigail Breslin (Little Miss Sunshine) portrays a teenage assassin on her first mission: to eliminate a pack of rich snobs who hunt and kill women out in the woods for sport. The whole movie is the girl training and then battling the evil dudes — that's it. There's literally no room for so-called plot holes in such a bare bones premise. And the exceptional lighting and set design do wonders in creating a sleepy, strangely intoxicating atmosphere that's the best thing about the movie.

Final Girl, which should not be confused with the similarly-titled retro '80s mind warp The Final Girls (2015), takes place in an alternative 1950s universe that has all the clean-cut hairdos, sharp clothing, and classic cars of that era, but also appears to be an unexplained nightmare of sorts. And while Final Girl may not be as good as The Final Girls, it's far, far away from the disaster many make it out to be.

It's hard to believe it's been 20 years since Michael Haneke's confrontational Funny Games, and 10 years since his shot-for-shot Hollywood remake.

In several ways, both versions are the antithesis of the movies we've discussed so far. First off, Funny Games depicts what is more likely to happen if someone forced people to participate in a cruel and disturbing game of humiliation and torture. Events wouldn't play out as cleanly as they usually do in most movies because victims would succumb to raw, paralyzing fear. Both films break the fourth wall and mock audiences who enjoy movie violence or are OK with it as long as the good guys win. And Haneke relishes pointing out how normalized violence is in our society, like when one of the perpetrators is calmly making a sandwich in the kitchen while a family is viciously abused in the next room.

For those who have never seen the original Austrian version and don't ever plan to, the US version will have to do. There's really not much to criticize about the American version, since both films are almost exactly the same just with different actors speaking English. One could say the only reason the remake exists is because US audiences don't like reading subtitles. But if that means more people being exposed to Haneke's work, then that's a good thing.