CULTURE
The Best Gear for Dabbing, According to a Marijuana MVP at Apex Extractions
AD
How do marijuana maestros consume weed when off the clock? We spoke with Apex’s expert extractor Aaron Mathews about his preferred dab rigs, vape oils, and other pot products.
Published on September 18, 2019

If you’re trying to find the best place to eat, you look for where the chefs go when they’re not in the kitchen. Hoping to witness the next great comedian before they nab a Netflix special? Just try to find the person all the local comics are spending their off-nights watching. The logic is simple: if you’re an expert at something, you’re taste on that subject is probably pretty solid.

When it comes to extracts, it’s hard to find a better example than Oakland’s Apex Extractions. Founded in 2018, the company was among the first businesses to receive a cannabis manufacturer license from California. Built on a foundation of full-spectrum extraction, Apex has taken home a slew of awards for their live resin sauces, concentrates, and vape pen oil. 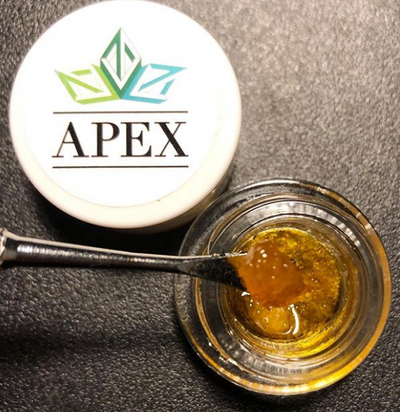 One of the faces behind Apex’s success is lead extractor Aaron Mathews. Born in Seattle, Mathews moved to California in 2013 to continue his dream of working in the cannabis industry.

“I don't actually consider myself an ‘expert’ extractor,” Mathews modestly tells MERRY JANE. “I am forever learning and growing in my craft.”

As for how he arrived in his current position, Mathews says that he more or less “figured it out as I went along.” He notes that he asked other extractors questions whenever possible and still tries to read all the latest research and techniques being shared by the extractor community.

Mathews speciality is live resin, which he’s been extracting since 2011, before joining Apex. For the past five years, he’s also gained experience running closed loop systems — a notably safer method of extracting during which no solvents are exposed to open air. Mathews is responsible for figuring out the tech behind Apex’s new full-spectrum refined liquid live resin, as well.

Given his sterling pedigree as an extractor, we decided to ask Mathews about what equipment and products he keeps at home for personal use after a long day making seriously potent cannabis concentrates. 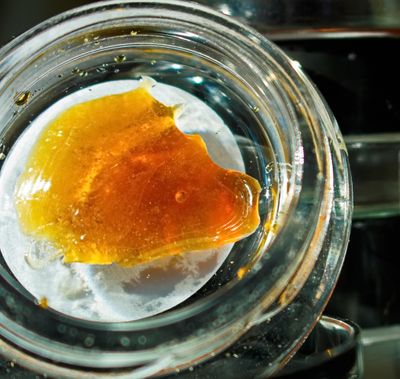 If you work in the concentrates field, odds are solid that you’re a regular dabber. Compared with other forms of consumption (smoking, vaping, edibles), dabbing is preferred by some seasoned tokers for its ability to deliver potency and flavor without breaking the bank.

Mathews favors a simple set-up consisting of the basics: a rig or water pipe, a nail (which is heated with a torch), a dome (which keeps the vapor contained until inhaled), and the dabber itself — a tool used to apply concentrate to the heated surface.

“I really don't have anything fancy as far as bongs or rigs or anything like that goes,” he told MERRY JANE. “I just have a little six-inch beaker rig and a quartz nail. That's basically how I consume my extracts for the most part.” 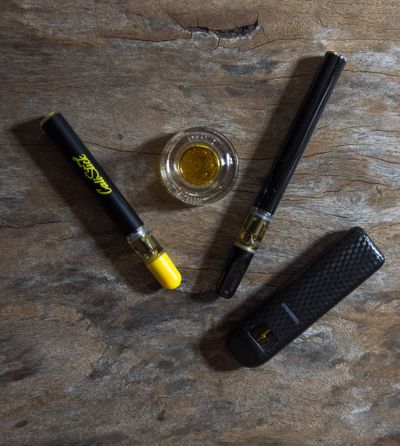 When Mathews isn’t home, he counts on the Puffco Peak to deliver dabs regardless of the destination.

“If you’ve got the cash, the Puffco Peak is really convenient for on-the-go dabs. If you’re at the park or the beach or any place where you want a quick hit but you don’t want to seem like a crackhead with a torch and a nail, it’s perfect.” 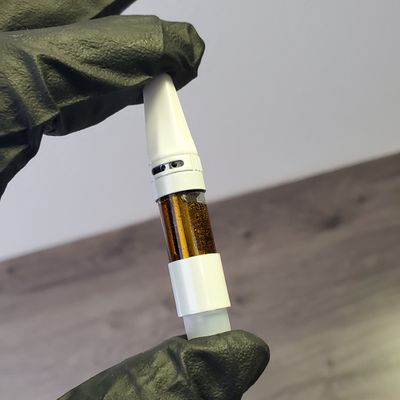 Mathews says he only vapes occasionally, but when he does indulge, he prefers to keep his product in-house.

“I do hit our Pinnacle vape pens and carts every once in a while — those are filled with our full-spectrum and HTE [High Terpene Extract] sauces. Mostly, though I'm just a run-of-the-mill dabber.”

He also recommends vaporizers to newer users who may not be ready for the full force of a dab.

“I know that for a lot people dabbing is kind of a foreign thing. For people like my mom and those older generation of people, it's easier to introduce them with cartridges and pens.” 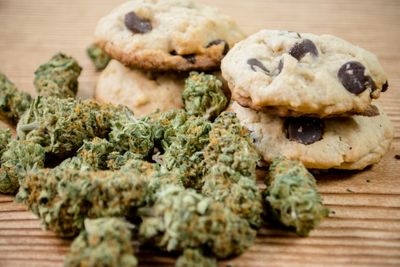 Mathews doesn’t mince words when it comes to edibles: they’re simply too much effort for someone with his tolerance.

“For me, with my tolerance, it just feels like with edibles I have to eat too many of them for it to work. If I’m eating a brownie or candy, it sometimes feels like I have to eat so much that I almost feel sick before the effects really work.”

Conversely, Mathews is a huge fan of cannabis in its truest form — flower.

“To tell you the truth, I'm actually a bigger flower smoker than I am a dabber. As I’ve gotten older, I’ve started to enjoy flower more. It’s about the experience of smoking: breaking it down, rolling in a joint, passing it back and forth with somebody. You don’t really get that experience with dabs. You just dip into the jar, put it on the nail, and dab.”

When it comes to strains, Mathews isn’t picky, although he does try to avoid the more stimulating sativas that can leave him feeling like his heart might explode.

“Poseidon Estate is one of my favorite growers. We work with him quite a bit as far as collaborations go. His flower is just really well done. Also there’s a grower — Party Time Farms — I don’t see them a lot, but if they’re at shows, I always make sure to pick up their flower.”

As the late Mac Dre once said, “Without a Backwood, it ain't all that good.” Mathews may not be that dedicated to the popular blunt wrap, but he’s been known to dabble when the time is right.

“I’ll smoke a Backwood every once in awhile. I know people cringe when I say that, but I enjoy a nice Backwood every now and then. As for papers, Elements are good. I’m also enjoying the new Vibes Rolling Papers that Berner put out. I was a Raw guy for a long time but they seem like they’ve gone down in quality.”

What’s striking about Mathews’ inventory of his personal equipment and favored brands is how practical he keeps things. While some dab rigs kits can be murder on one’s wallet, Mathews has opted for products that combine reliability with affordability. Given the nature of dabs, perhaps there’s something to be said for not investing too many paychecks into a fancy rig. 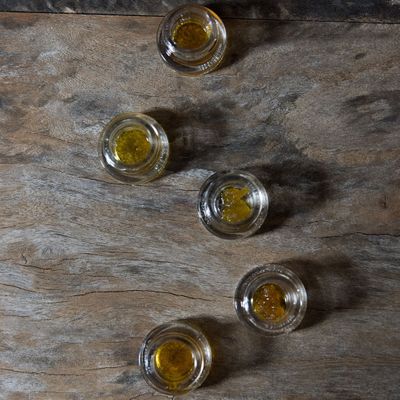 For Mathews, the most important thing isn’t what equipment you employ to consume concentrates — it’s the integrity of the extractors whose product you’ll be using. He notes his friend Fabian from TG Genetics once shared a mantra with him that he continues to abide by to this day.

“It goes, ‘To keep a gift, you must give it away,’" Mathews explains. “I believe in that statement wholeheartedly. We are nothing without the gifts that were bestowed on us at birth. It is our duty to find out what those are and to pass on that gift so that others may pass it on, too. That's how I feel about concentrates, I feel it is my duty to pass on the knowledge and ‘gift’ I have to those that want to learn. Only way I can do that is to be better than I was the day before — by striving to be the best and to pass on the knowledge I amass. Open source knowledge is the only way we all progress and move this industry forward.”

To learn more about Apex Extractions, visit their website here

INTERVIEW
CULTURE
EXTRACTS
INDUSTRY
MORE...
Zack Ruskin
FOLLOW
Zack Ruskin is a cannabis and culture journalist living in San Francisco. Follow him on Twitter: @zackruskin.
Share this article with your friends!
AD
By using our site you agree to our use of cookies to deliver a better experience.
Accept
Decline
MORE FROM MERRY JANE