When I was fourteen my mom forced me to join a Jewish youth group because I had no friends, and all I ever did at home was scratch my vagina on the couch and watch The Maury Povich Show. The first youth group event I attended was on Halloween. Me and a group of teens, whom I had never met before, were put on a school bus, and driven to a haunted maze.

I had just moved to the United States, and had no idea what a haunted maze was. So when I walked into a dark, foggy room and a man with a pig mask jumped in front of me while screaming “Oink, Oink!” I lost control of my bowels and shit my pants. I spent the rest of the evening shaking with fear in the bathroom, because it was the only area where ghouls weren’t allowed to scare you. It was the worst night of my life, and I’ve hated Halloween ever since. 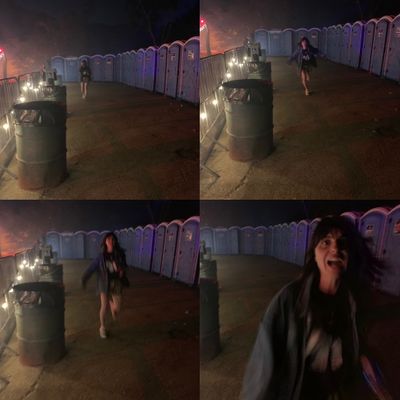 My first impression of the ride was that there was a lack of monsters approaching the wagon. Maybe they all called in sick on the same day. Maybe they were on strike. The goths seemed unimpressed. Luckily, as we drove on, a crew of ghouls approached us. It sounded like they were shaking maracas. One muscular ghoul that was dressed like a biker appeared out of nowhere and yelled, “Let me on the wagon!” while holding up a huge chain in my face. He had great muscles and was kind of sexy, and I actually considered letting him on the wagon and then later taking him home with me. 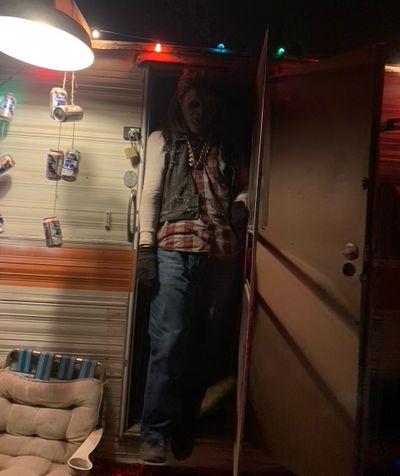 At one point, the tractor stopped. Fog filled the air, making it very difficult to see anything. Suddenly, a man in a wolf mask ran towards us, dragging a woman who struggled to free herself. He approached our wagon and slashed the woman’s throat with his claws. Immediately, everyone on the wagon was squirted with blood. It was truly a beautiful moment that I’ll never forget.

As the 20-minute ride was coming to an end, I hit my Tahoe OG disposable vape pen. Hot Dog was waiting for us at the exit. He asked us how the ride us. I wanted to tell him how much I loved it, but I had such terrible cotton mouth that I was unable to move my tongue, so I smiled instead and headed straight to “The Nutty Bavarian,” a stand that only sells water and nuts. I bought a bottle of water for $4 bucks. Worth it. 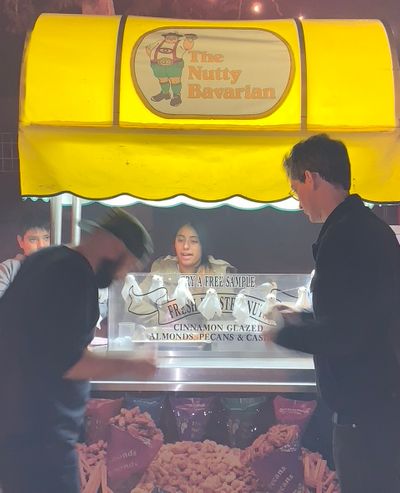 Then, suddenly, a man in a pig mask — very similar to the one who inspired me to shit my pants as a teen — popped out of nowhere. I let out a biblical scream, so incredibly loud, that the pig man froze. He broke out of character, looked at me, and said, “Damn, girl...” in, like, a really sexy way. 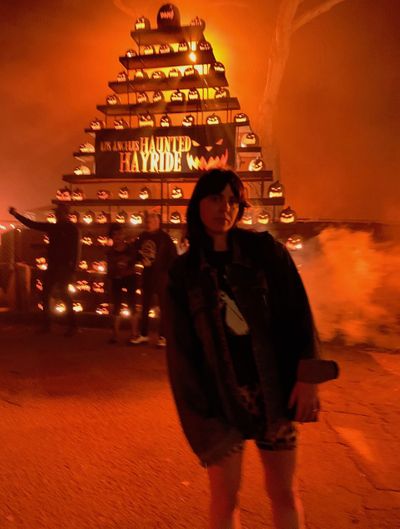 HUMOR
HOLIDAY
HALLOWEEN
EVENT
MORE...
Tamara Yajia
FOLLOW
Tamara Yajia is an Argentinian-American comedian, writer, and actress. She currently lives in Los Angeles and writes for ClickHole and Funny Or Die.
Share this article with your friends!
AD
By using our site you agree to our use of cookies to deliver a better experience.
Accept
Decline
MORE FROM MERRY JANE