CULTURE
Stoned Sex: A Stoner’s Guide to Meeting the Parents
AD
Meeting your partner's parents for the first time can be daunting for a number of reasons. But it's particularly intimidating when you're a pothead and have no idea if they're cool with the sweet leaf. So how do you approach the topic of THC?
Published on December 19, 2019

For this week’s edition, we’ll be diving into meeting your partner's parents and how to broach the topic of bud. 'Stoned Sex' will be running every other week, so make sure to stay tuned for the next dose.

Like a perfect bong hit, relationships can also exist inside a glass bubble chamber. Partners who smoke together, stay together. And who doesn't like blowing kisses and O’s of smoke to one another while entangled in each other's bodies?

But just like Ronald Reagan (and many politicians before him) smashed pipes and ruined lives, reality, too, can close in quick. Next thing you know, you’re in a serious relationship with your lover and mandatory holiday celebrations are afoot. If your partner sees a future with you, maybe they'll invite you to meet their parents, which is always a compliment. (So, at least there’s that!)

That said, what if your boo’s parents are judgmental, close-minded assholes? What if they have a framed, shrine-like photo of Reagan hanging in the center of their home? Is your relationship doomed? Is blood thicker than bong water?

We’d argue no. The age-old issue of insane in-laws has plagued couples for as long as people have been boning. So, take a puff, and don’t freak out. Here’s what you’re up against and how potheads should handle meeting the parents this holiday season. 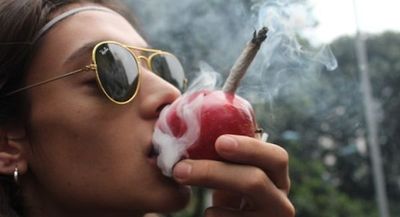 Perhaps you mentioned something about cannabis, or maybe your significant other’s ‘rents lurked on your Instagram. Regardless of how, you’re in a situation where your partner’s parents know you’re a cannabis user, and they do not approve. So, now what do you do?

Try a play straight from the Boomer handbook: Don’t talk about it, and don’t bring it up ever again! Pretend the issue doesn’t exist! They’ll love it, because that’s the language they were taught to speak. Ok, maybe not. But in all seriousness, especially if you use medical marijuana, it’s nobody’s damn business if you took your medicine or not.

“It’s not something that has to be talked about,” said Dr. Denise Renye, a psychologist and certified clinical sexologist. “So many people are on antidepressants, but nobody is going in saying, ‘I [took] my Zoloft today.’ There’s no need to announce it, and it’s really, honestly, nobody’s business.”

Unfortunately, as we all know, some states have more progressive cannabis laws than others. So it depends on where you’re traveling, but our recommendation is to please stay high if you can. Christmas (or whatever holiday your significant other’s parents celebrate) dinner with the in-laws is not the time to take an impromptu hiatus. Just let the drunk uncle in the corner take the spotlight of foolishness. (And don’t get us started on the double standard regarding alcohol.) 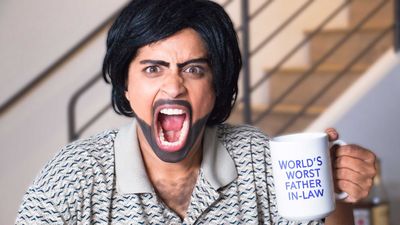 The Worst Case Scenario: They Die as Haters

Let’s get the bad news (and the hard truth) out of the way: You’re probably not going to sway partner’s parents to become pro-cannabis. Realistically, if your boo uses the plant, too, they’ve likely already tried to change their parents’ minds. If it didn’t work for your partner, then don’t try pushing it yourself.

But, if you think about it, the general anti-marijuana stance of many boomers’ may actually be the least problematic thing about them. If you really want to test those waters, just ask ‘em about the impeachment hearings. (Just kidding, don’t bring up politics!).

If you’re up against conservatives who think cannabis is akin to heroin, their minds are already made up about weed — and they drank the Nancy Reagan Kool-Aid. In their (ignorant) defense, the federal government of the United States brainwashed everyone into thinking that cannabis is a devil's weed that makes you grow hair on your palms.

“Because of prohibition, the War on Drugs, and D.A.R.E., there’s all this propaganda about how terrible cannabis is and how terrible cannabis consumers are,” said Molly Peckler, a cannabis-friendly matchmaker and founder of Highly Devoted. “Prepare yourself for the fact that they may take that into account because they are not educated. So don’t take it personally.”

It’s easier said than done. Generally speaking, shoving important discussions or feelings down into your core eventually leads to a terrible bout of the emotional shits. “It’s really hard because when you care about someone enough to want to meet their family, you want to impress them; you want them to like you,” Peckler said. But, perhaps hiding parts of you is the best way to win them over. “That’s fine, that’s up to you, but then you have to always pretend. And if cannabis is a really big part of your life, then you’re hiding a big part of yourself.”

Some people are better at repressing emotions than others. If you’re not into secrets and have a terrible poker face, come armed with information should the subject come up. 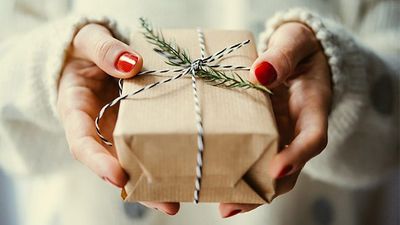 The Best Case Scenario: They Take the High Road

Times are changing. We are making progress, thanks to loyal stoners like you and all the activists in the cannabis community. For better or worse, weed is chic. If you’re in a situation where your partner’s family member asks you about CBD, or you find out your sweetie’s aunt used to follow the Dead, swoop in. Teach them about the endocannabinoid system, explain how cannabis is a natural pain reliever and anti-inflammatory, and remind them that you can’t overdose on the plant even if you tried.

Better yet? Bring a pot present! It’s the holidays, after all. And share a story with it. “Do it in a way that’s educational and share your story first. Tell them why these specific products help you so they can build up that empathy, where you’re coming from, and why you’re using them,” Peckler said.

What should you bring? A dab rig is obviously too extra, so maybe try initiating them with a fancy topical. “The best way to get non-believers on board is with topicals. If they have aches and pains, bring one of your favorite topicals, and say, ‘Hey, would you like to try this? It is not going to get you high, but this is a really wonderful medicinal [marijuana] product that can help with pain,’” Peckler said.

Someone is far less likely to judge you if they try it themselves. And, honestly, they should accept that it’s 2020 and cannabis is no longer the evil drug that politicians wanted all of us to believe it was. Plus, the topical might really help their arthritis, so you’ll basically be their own personal Jesus. 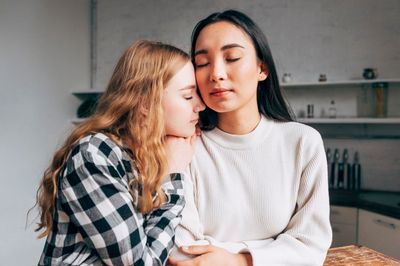 The Most Likely Scenario: Band Together With Your Partner and Power Through

Sure, there are some assholes out there who will still think you’re a hell-bent hippie for toking. But despite the differences with your lover’s parents, you do have one thing in common: You want their child to be happy. It’s a big deal when someone invites you to meet the parents. You know it. Their parents know it. And if you’re all mature enough people, you can move past your differences and still smile for photos in sweaters together.

The most important thing, however, is to make sure you and your mate are on the same page. Is talking about cannabis even allowed in their parent’s house? How do the parents feel about medical marijuana? How much do they know about you? And, if their parents try to convince their kid to get back together with their “sweet” high school ex in front of you, will your partner have your back and stand up for you?

So, act like a team, and come with a gameplan. Reassure one another of your love. That way, even if it all goes to lumpy horseshit, you and your boo can come home together with your relationship intact.

Other than that, enjoy meeting their family. And if you ever need to get a discreet toke in, you can always "go for a walk" — that old line never fails during the holidaze.

FAMILY
SEX AND ROMANCE
HOLIDAY
CULTURE
MORE...
IN THIS STORY
CBD
Click to shop at our CBD store
Sophie Saint Thomas
FOLLOW
Sophie Saint Thomas is a writer based in Brooklyn. She was raised in the U.S. Virgin Islands. Along with Merry Jane, her writing has been published in VICE, Cosmopolitan, Marie Claire, High Times, Nylon, Playboy, GQ, Harper's Bazaar and more. Brooklyn Magazine included her on their annual 2016 30 Under 30 Envy List. Her favorite strain of weed is Grand Daddy Purp.
Share this article with your friends!
AD
By using our site you agree to our use of cookies to deliver a better experience.
Accept
Decline
MORE FROM MERRY JANE