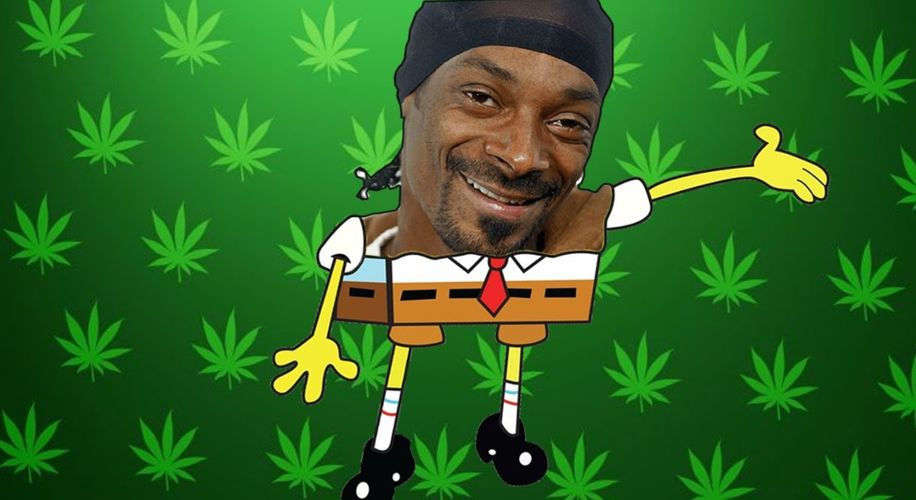 Uncle Snoop is only featured in the new Spongebob Squarepants trailer for a split-second, but you can catch more of the Boss Dogg in the actual movie once it drops in May.

Uncle Snoop is only featured in the new Spongebob Squarepants trailer for a split-second, but you can catch more of the Boss Dogg in the actual movie once it drops in May.

Who smokes out of pineapples under the sea? Snoop! Dogg! Squarepants!

On Wednesday morning, Paramount Pictures released its new trailer for the third Spongebob Squarepants film, The SpongeBob Movie: Sponge On The Run. In it, you can catch a brief glimpse of yours truly, Snoop Dogg, rocking a gold lion medallion, icy fingers, and a silky three-piece suit reminiscent of a funky Colonel Sanders.

Snoop Dog’s SpongeBob SquarePants chain is the most enjoyable part of tonight’s game so far, so far pic.twitter.com/MokUjhREyl

While we don’t know how Snoop’s contribution to the movie will ultimately play out, we do know the film’s basic premise: King Neptune, the ruler of the high seas, kidnaps Spongebob’s pet snail, Gary. Bikini Bottom’s lovable village idiot is left with no choice but to team up with his equally-lovable-but-somehow-more-idiotic homie, Patrick Star, to storm the lost city of Atlantis and save Gary.

But what does Neptune want with a humble, harmless snail? And can Spongebob and Patrick rescue Gary on their own? Or will they only outwit the King of the Sea with a little help from the King of the MFin' West Coast? I guess we’ll all find out when the movie officially drops on May 22.

Oh, and if you’re wondering whether MERRY JANE will be at the premiere blazing a Krabby fatty, the answer is: Aye-aye, captain!