CULTURE
So, What Is Peyote and What Are the Effects of This Drug?
AD
Peyote, among other plant medicines, has long been the victim of prohibition. So what exactly is it? And how does it make you feel?
Published on October 1, 2019

Prompted by a renewed interest in the potential medical applications of psychedelics — a class of drugs long stigmatized for making people go insane — in June 2019 the city council in Oakland, California, effectively decriminalized the use of peyote and other entheogenic plants and fungi such as psilocybin mushrooms. City leaders were moved by citizens who shared how these natural substances changed their lives that they directed local police to make psilocybin and all plant medicine the lowest priority issue.

Decriminalization doesn't mean that mushrooms, cacti, iboga, and ayahuasca (to name a few) are legal, however. But it does mean people won't end up in the slammer if they're caught with such medicines. It also means that more information, discourse, and education about these plants will be more accessible.

So, on that note: Just what is peyote? And what are the effects of this natural drug? 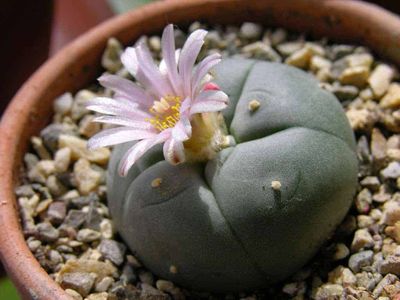 Peyote is a small, spineless cactus also known as Lophophora williamsii that is native to Mexico and the Southwestern United States. The plant contains several naturally occurring and potentially hallucinogenic compounds including mescaline, or 3,4,5-trimethoxyamphetamine. The plant grows as small, somewhat flattened spheres up to about 5 inches in diameter. The spheres, known colloquially as buttons, periodically produce small, usually pink flowers, and are sometimes punctuated by small tufts of white hairs.

Peyote has been used medicinally and sacramentally by several Native American cultures including the Chichimeca, Tarahumara (Rarámuri), Cora (Náayarite), Huichol (Wixáritari) and others. Various uses for peyote include a tonic for endurance foot races, a topical analgesic for injuries, burns, and painful joints, and sacramental and religious purposes. In 2005, radiocarbon dating of preserved peyote buttons found at an archaeological site in a Texas cave determined that Native American cultures have been harvesting and using peyote ceremonially for at least 5,700 years. 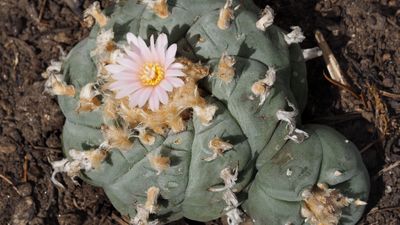 The mescaline and other psychoactive alkaloids in peyote can have various hallucinatory effects on users. Peyote interacts with the neurotransmitter serotonin and can alter perception and thinking. A dose of 50 to 100 grams of fresh peyote or 10 to 20 grams of dried peyote (about three to six medium-sized buttons) is considered a light dose while about 150 grams fresh or 30 grams dried would be considered a moderate amount. Eight to 16 peyote buttons, or about 150 grams fresh weight or 30 grams dried, is considered a high dose — and will get you really high.

Then, the increasingly psychoactive and subjective effects of peyote begin to kick in, peaking in at about two to four hours and then decreasing over the next eight to 12. Using peyote will often cause hallucinatory visual effects comparable to dropping LSD including color enhancement, geometric patterns, and visual distortions including environments or objects that appear to be melting or breathing.

Altered perceptions of reality and self, intense emotions, and increased suggestibility are also common while peaking on peyote. Many peyote users also experience a mystical or transcendental experience including feelings of self-realization, loss of ego, euphoria, and empathy. The environment and circumstances while using peyote can have an effect on the experience, sometimes leading to a bad trip or symptoms of dysphoria in inappropriate or unfamiliar settings. 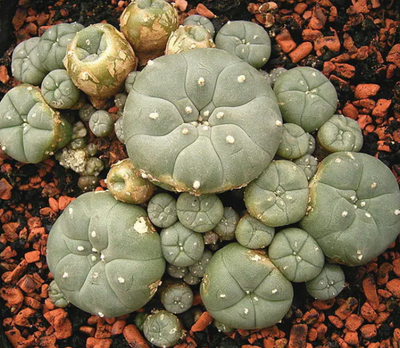 Native Americans have traditionally used peyote as an analgesic to treat the pain associated with various conditions including toothaches, arthritis, and other conditions. Topical preparations of chewed peyote were used to treat burns, wounds, and muscle aches.

Today, members of the Native American Church, who are permitted under federal law to possess and use peyote despite its status as a controlled substance, use the drug communally in long, therapeutic sessions that can last up to 10 hours or overnight. These peyote sessions are commonly used as a treatment for drug addiction and alcoholism and it appears that they may be effective. While many Native American communities experience alcohol addiction at a rate twice the national average, the incidence is much lower among members of the Native American Church.

Because of peyote’s listing as a Schedule I controlled substance, little clinical research has been done on the drug. However, because of its action with serotonin, peyote could have potential as a therapy for alcohol and drug addiction, depression, PTSD, and other mental health conditions.

Gallery — A Botanical Guide to the Cannabis Plant

A study in 2005 of the ceremonial use of peyote by Native American people found no longterm negative effects of using the drug. A lethal dose of the drug has never been determined and peyote appears to have a low risk for hallucinogen persisting perception disorder (HPPD), or flashbacks, associated with using some drugs such as LSD.

As with cannabis, it seems that the most dangerous thing about peyote is getting caught with it. Unless you live in Oakland, that is.

MEDICINE
SEO
PLANT MEDICINE
AWAKEN YOUR SPIRIT
MORE...
A.J. Herrington
FOLLOW
A.J. Herrington is a freelance writer focusing on cannabis news, business, and culture and has written for publications including High Times, Sensi, and HEMP. When he's not banging away at the keyboard, you'll probably find him tending to his plants in the garden.
Share this article with your friends!
AD
By using our site you agree to our use of cookies to deliver a better experience.
Accept
Decline
MORE FROM MERRY JANE